A Brief History of Le Touquet Lighthouse in France 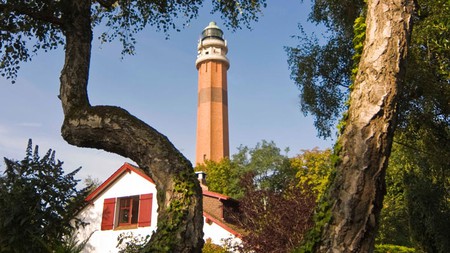 Looking out on the iridescent shores of the Opal Coast, it is hard to picture that the serene spot where the lighthouse stands was once the bête noire of navigators. The beacon came first, and then there was… Le Touquet.

Let There Be Light

In the beginning, there were two lighthouses. Le Pointe du Touquet at the swirling mouth of the river Canche gave the town its name (touquet means turning in the Picard dialect). The stretch of shoreline was infamous, since the earliest maritime trade to Northern Europe passed through the strait, evidenced by the endless list of shipwrecks reported. In order to differentiate from the nearby lights on the French coast and those on the English coast, with the technology available at the time the solution was to build a double signal emitted by two aligned twin lighthouses that became operational in January 1852. The arrival of the keepers and their families kindled the spark of life for Le Touquet and the town was born under the motto “Fiat Lux Fiat Urbs” (since there is light, let there be a city). 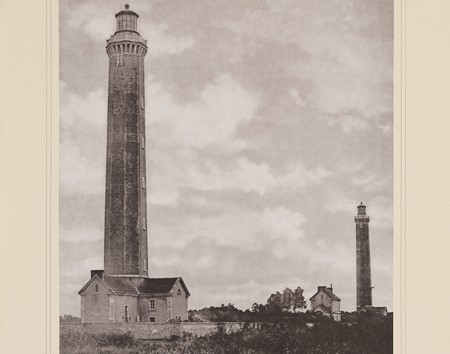 The original twin lighthouses survived the First World War, but, alas, not the second. In September 1944, the two towers were blown up by German occupation troops. By prior agreement with the Germans, however, the optical systems were dismantled and stored for safekeeping prior to the explosives being detonated. After the war, while waiting for the new lighthouse that opened in 1951, the town hall belfry served as a makeshift beacon. By now the town had grown around those first two structures, resulting in the lighthouse now being smack at the center of the town rather than a maritime outpost. 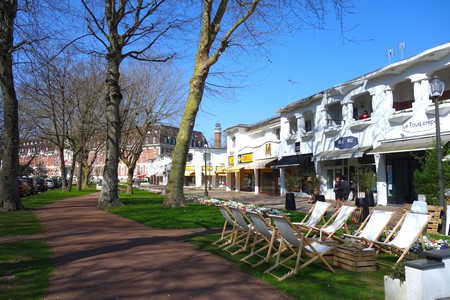 As the town grew, it surrounded the once isolated lighthouse | ©Sylvia Edwards Davis

Le Phare du Touquet Paris Plages was commissioned by France’s Phares et Balises department to Louis Quétélart. The distinctive brick exterior and elegant octagonal shape of the tower, supported by an internal concrete structure, represented a sober departure from the more flamboyant villas the architect had designed in the years between the two world wars.

The choice of materials posed a particular challenge over the years. Brick is porous and vulnerable to soaking by persistent rain, which has caused extensive flooding of the structure. While it is now under control, the brick façade still requires constant maintenance. The darker band near the top of the tower is not just for decoration, but to improve the tower’s visibility from a distance during the daytime. 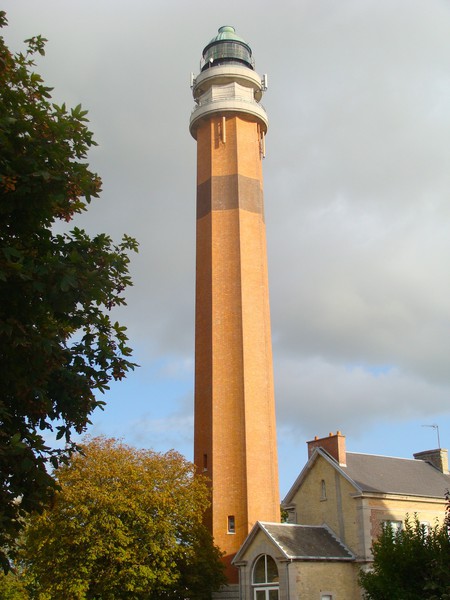 The lighthouse is open to guided visits at set times during the summer season and holidays. The reward for climbing the 274 steps of the spiral staircase is a jaw-dropping view of the coast and surrounding countryside. Neither the lantern itself, four meters in diameter, nor its copper cupola is accessible to visitors for security reasons, but the guides explain the mechanism and the duties of the early keepers.

The house at the base serves as a museum with a permanent exhibit of the history of the lighthouses of Le Touquet. Admission is free and it is open to visitors independently from the guided tour’s fees and hours.

Find it on the map: