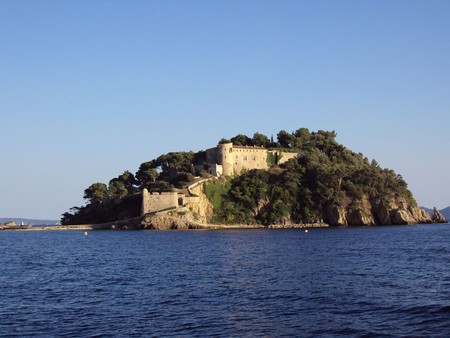 The small Fort de Brégançon, in the Mediterranean Sea, has a picture-postcard setting and a unique story to tell. Here’s a brief history of this wonderful building and how to get the most from your visit.

The Fort de Brégançon is situated on an outcrop in the Mediterranean. It looks more like an island, but is actually attached to the French mainland by a very small strip of land. It’s where the photographers used to sit and wait when a President was in residence, because this is a house – thanks to a decision taken by General De Gaulle in the 1960s – that many of them used during their time in office.

Caught the last bit before the sun went down. This was a great #hiking #trip and I can't wait to do it again! #var #provence #backyardprovence #france #mediterranean #sea #rocks #coastline #bormeslesmimosas #hike #water #blue #sunset #evening #beautiful #travel

The fort was built in the 13th century and was used for military purposes for most of its life, belonging to a variety of noble families as they fell in and out of power throughout the centuries. The fort was besieged several times and used as a place to escape; Queen Jeanne Ire stayed in 1348 after fleeing Naples, which had been invaded by her cousin – she used it as a pit-stop on her way to taking refuge in Marseille. The fort wasn’t badly affected by the French Revolution, although a few items were plundered by locals.

Napoleon took a liking to the fort and stayed here during the winter of 1793-94. When he became Emperor, he supplied funds to build up the garrison. After the Franco-Prussian war of 1870, the War Ministry allocated money to build an artillery, although they didn’t do much to the outside of the main structure, which was slowly falling into disrepair. It was occupied by a small garrison during World War I until it was finally decommissioned in 1919. 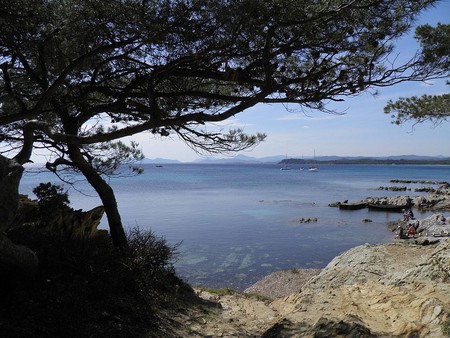 Between the 1920s and 1960s, it was rented out to several tenants, the last of whom created a garden and installed water and electricity. When the lease expired in 1963, the state took back control of the fort and General De Gaulle stayed in it in August 1964 while visiting Provence. Apparently he hated the mosquitoes and thought the bed was too small, but was convinced of its usefulness and gave 3 million francs to redevelop the place. Since that time, every sitting President of France has had the use of it.

The fort isn’t a fancy place; it’s not particularly large and it’s quite dark inside (seeing as it was designed for military purposes, the windows are small). There isn’t much in the way of lavish furnishings, although there are a few presents from foreign dignitaries – a vase from US Vice-President Joe Biden and several tea sets from Chinese President Xi Jinping. General De Gaulle never went back after his ‘nightmarish’ stay, preferring to holiday elsewhere, so it was Georges Pompidou and his wife who began the tradition in 1969 of inviting the press to take photos of them relaxing or swimming in the sea.

President Mitterrand didn’t like the fort at all (preferring to holiday in the nearby Provençal village of Gordes) but Jacques Chirac was a faithful visitor during his time in power, even returning after he was photographed naked one morning by paparazzi lining up on boats in the Mediterranean. Nicolas Sarkozy went four times with his first wife, but not much with Carla Bruni-Sarkozy (whose family has their own estate further down the coast). François Hollande went with his then-partner after his election in the summer of 2012, but was heavily criticized for holidaying on the beach when the French economy was in serious trouble. Not long after, in an attempt to reduce state expenditure, he bequeathed the Fort de Brégançon to the nation and opened it up to the public. 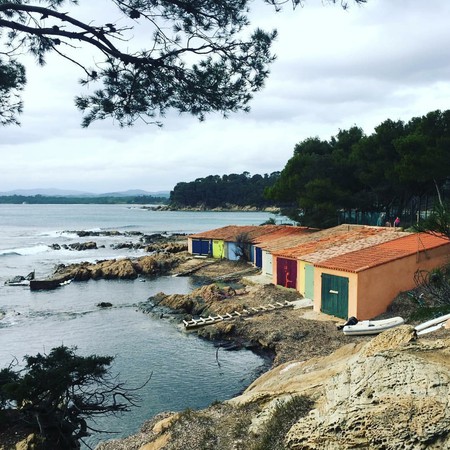 The beach at Cabasson is fantastic in Winter as well as Summer, when it can be wonderfully secluded and empty | © Emmanuel Rémoleux

The beach at Cabasson is wild and rugged and has some interesting history of its own – some of the land leading down to the beach by the fort technically belongs to Luxembourg, as a reward for their services during the war. Take the time to drive along the nearby coast, stopping for picnics or photo opportunities. These beaches are much wilder and natural than their counterparts towards Cannes or Toulon, and they’re much less packed. In winter, they can be wonderfully empty. 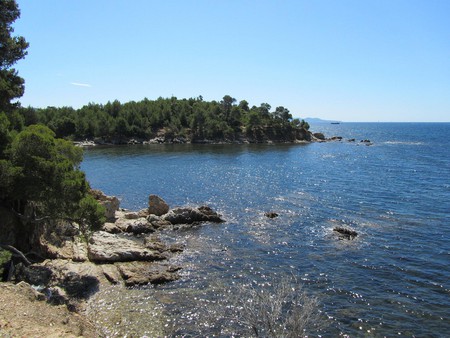 If you need to make a little pit stop, head to the village of Bormes-les-Mimosas. This pretty town creeps up the side of the hill and is particularly lovely between January and March, when the mimosa flowers come into bloom. The town goes all out for mimosa season, holding festivals and fetes, but it’s scenic any time of the year.

Since 2015, it’s been possible to visit the fort between June and September. You must buy tickets in advance, so check out the site here for up-to-date times, dates and prices. It’s well worth the trip.