A Beginner's Guide to the Normandy Aperitif, Pommeau 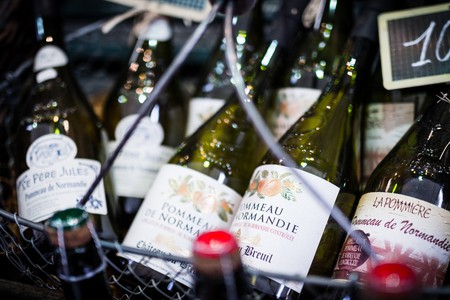 In a land draped with golden orchard fields that bear hundreds of apple varieties, it only makes sense that the people of Normandy would master their prized fruit. Tangy and fresh juice combines with the intense flavour of the apple brandy, Calvados, to create another distinctly Norman drink, the aperitif known as Pommeau. Read on for our beginner’s guide to this celebrated beverage of Normandy.

The beginnings of Pommeau

Pommeau production took off during the seventies when apple farmers would use a system called mutage, a process in alcohol production that slows fermentation, on their fruitiest and tastiest apple juice. Apple brandy, known as Calvados in the Normandy region, was added to the juice to prevent it from losing its flavour over the course of the year, resulting in what is known today as Pommeau de Normandie. 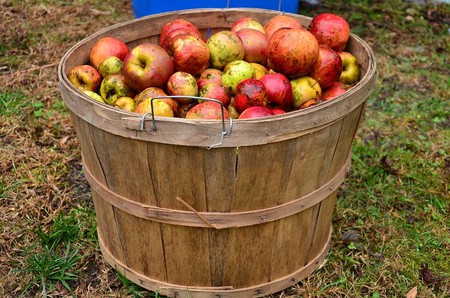 Basket of apples ready to be turned into cider | © ski4fd / Pixabay

This tasty discovery, a drink officially classified as a mistelle, was a well-guarded secret among the farmers who produced it and wasn’t legally available to the public market until 1981. Come 1982, 15 producers involved in the beverage’s creation created an official association and sales soared from approximately 12,000 bottles to 150,000 over two years. Pommeau received an official Appellation d’Origine Contrôlée (AOC) designation in 1986, regulating its production and process under French law.

Pommeau begins with the separate making of apple juice and Calvados. While the process of Calvados varies depending on the region and farmer, generally speaking, pressed apples become juice, which evolves into cider after a few weeks of fermentation. The cider is then distilled and aged in oak casks for a minimum of one year before it’s deemed a Calvados. The bold Calvados liqueur is combined with freshly-pressed, non-fermented apple juice and aged for a minimum of 18 months before being bottled as a Pommeau. The ratio is approximately two-parts of juice to one-part of Calvados with an alcohol by volume between 16% and 18%. 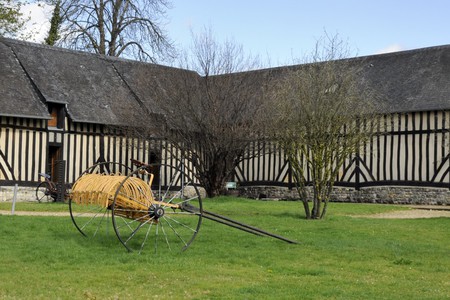 How to best enjoy a glass of Pommeau

Pommeau is often served before a meal as an aperitif, though, it pairs well with dessert, too. Its low alcohol content and sweet flavour help to awaken the palate and prepare it for the courses to come. It’s a perfect match for many traditional Normandy dishes such as creamy Camembert cheese, fresh oysters, hearty beef and, of course, treats made with locally grown apples. It should be served slightly chilled in a sherry or wine glass. The taste is smooth, often with notes of vanilla, butterscotch or honey and its appearance a rose-gold colour. 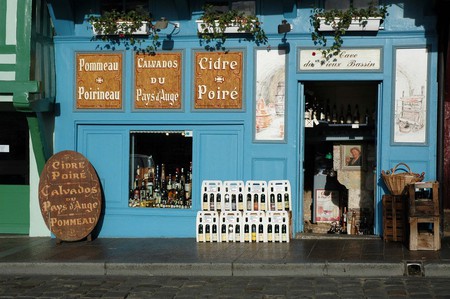 Where to find Pommeau in Normandy

You won’t find it a challenge to get your hands on a bottle of this liquid apple gold anywhere in Normandy. You can go straight to the source to purchase it from a producer and indulge in a tasting before taking your pick. The Cider Route in the Pays d’Auge offers a traveller-friendly, well-marked trail to follow. The region’s best-known producers include Pierre Huet and Christian Drouin, whose estate lies further north of the Cider Route near the town of Pont-l’Évêque (appointments are necessary). Can’t make it for a tasting? Head to any local cave and pick up a bottle to enjoy at home. If the shop owner is a native Norman, they’ll be sure to share with you their favourites.