Taking A Tour Of Saint-Paul-de-Vence, France

Saint-Paul-de-Vence is a village in the Alpes-Maritimes, southeastern France, made up of narrow streets surrounded by medieval walls that capture the heritage of more than 1,000 years. Either alone, or with a guide, you can wander and explore the history of the artistic village. The village’s beautiful landscape, teamed with its endless art galleries and quirky sculptures, make it an art lover’s paradise and an extremely popular tourist destination. 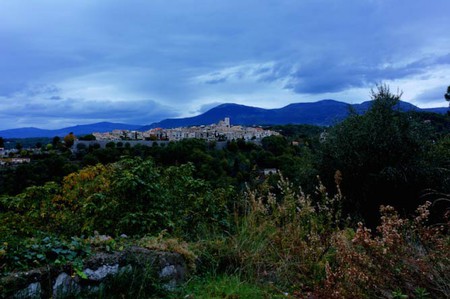 Saint-Paul-de-Vence is stunning and it’s one of the most underrated patches of the French Riviera. It is well known for its modern and contemporary art museums and galleries, such as Fondation Maeght which is located nearby.

To add to the artistic heritage of the village, Picasso, Chagall and Miró were among famous painters who were regulars at a local restaurant in the village called La Colombe d’Or. 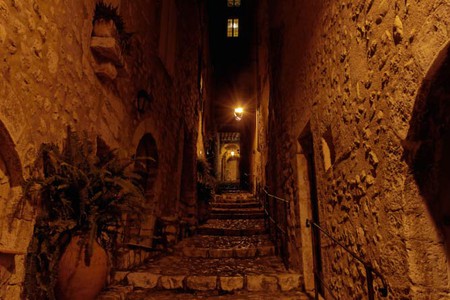 The Russian born painter, Marc Chagall, is buried in the Saint-Paul-de-Vence cemetery. Chagall has a simple white tomb and as part of Russian and Jewish tradition, visitors add small stones to the tomb as tributes. To find Chagall’s tomb, from the entrance of the cemetery, take the first right and the next left. You will know it from its ivory white color and the simplicity of the stone. 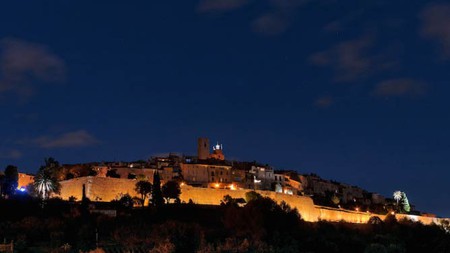 During the summer and school holidays, the village is so packed with tourists that they walk shoulder-to-shoulder through the narrow streets. Except for just wandering around the village and enjoying the beautiful old buildings and architecture, the most predominant and popular things to see in the village are the numerous art galleries and tourist shops. 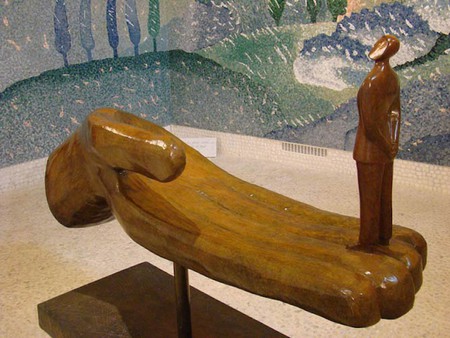 A sculpture inside a beautiful chapel in the village | © Pierre/Flickr

Saint-Paul-de-Vence is full of hidden gems and beautiful buildings decorated with enchanting artwork. A particularly magnificent example of the hidden gems available for all to see are the lovely little chapels, complete with captivating sculptures within its walls. 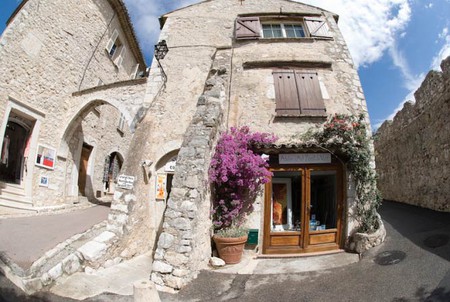