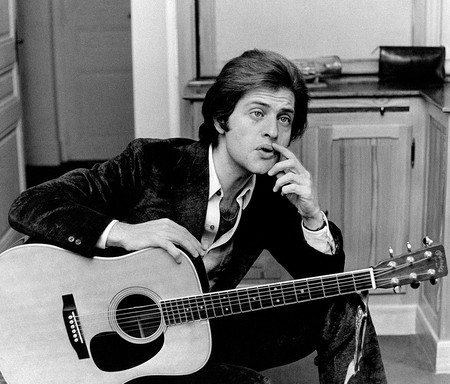 Over the years, France has produced a large variety of internationally renowned artists. Interestingly, some of them achieved fame through their magnificent covers of English songs. From the old French chansons like Joe Dassin to Johnny Hallyday, here are nine of the best cover songs by French artists.

“Aux Champs Élysées” by Joe Dassin perfectly describes the famous Parisian boulevard – the long walks from Etoile to Concorde, the dancing, the cafés. Yet, few know that this song is actually a cover of a song titled “Waterloo Road,” written by the English band Jason Crests, which only existed between 1967 and 1969. However, the original sounds rougher and the lyrics don’t fit as perfectly as the ones in French.

“Hey Joe” is a classic American song, made famous during the 1960s as the debut single of The Jimi Hendrix Experience. Johnny Hallyday, with his English stage name, has been referred to as the “French Elvis.” He has produced many covers, from rock and roll to blues, bringing the experience of the 1960s and 1970s into the French language. His version of “Hey Joe” is accented with a bit more of a folk style and the lyrics have a different meaning. In the original version, the song is about a character named Joe planning to leave for Mexico after committing a crime. In the French version, the song is about a guy talking to Joe about the insignificance of his life.

Within the first few chords, it is clear that “Le pénitencier” is a cover of “House of the Rising Sun.” “House of the Rising Sun” is a traditional folk song about life-gone-wrong in New Orleans, with its protagonist going to jail at the end. The original recorded by The Animals in 1964, Hallyday’s French version came a bit later in that same year. While Hallyday’s is also about a life leading to prison, his character is there from the start of the song, and of course, isn’t from New Orleans.

“Itsy Bitsy Teenie Weenie Yellow Polka Dot Bikini” is about a shy girl wearing a bikini back in the 1960s, when bikinis were still frowned upon. Naturally, the French did their part to normalize the bikini, considering that Louis Réard is behind its invention. At least Richard Anthony shortened the title a bit on his 1960 cover.

The Supremes, with lead singer Diana Ross, recorded “Baby Love” back in 1964, and is one of the most popular songs of the 20th century, charting on Rolling Stone‘s 500 Greatest Songs of All Time. In 1965, Annie Philippe, a French pop star on the rise, covered this song, keeping the same title, and the lyrics are more or less on the same page.

Moving further into Franco-American culture appropriation, Eileen, another young French pop star of the 1960s, decided to cover Nancy Sinatra. The lyrics are the same, as is the title, which literally means, “These Boots Are Made for Walking.” In our opinion, the original version is much more powerful than Eileen’s.

Robbie Williams covering himself in French. That’s all that needs to be said here.

Sting made a powerful return to the charts with this cover of his own song “Stolen Car (Take me dancing),” featured originally on 2003’s Sacred Love. The second time around, he is joined by Mylène Farmer, adding to the track’s mysterious aura, and giving the production an update. Farmer, one of the most successful French singers, holds the records for the most number one hits in France – 15 – including “Stolen Car.”

Let’s be honest, we all know the lyrics to the chorus, or at least the melody, of Frozen‘s “Let It Go.” Now, you can impress all your friends by singing the French version, “Libérée, delivrée.”