8 Things To Do In Fourvière, Lyon 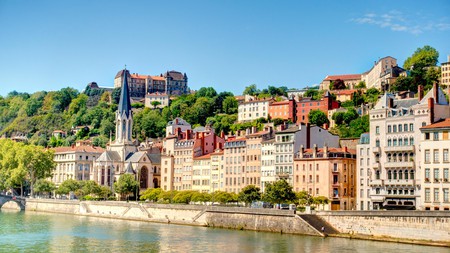 Known for its countless historical and religious landmarks, Lyon’s district of Fouvrière has no shortage of sights to see or activities to partake in. Located in France’s third largest city, Fourvière draws in visitors with its gorgeous sightseeing and historical relevance. Here, we list the top eight things to do in Fourvière.

While in Fouvrière, guests have to visit the metallic tower, or the rival to the Eiffel Tower. It was built between 1892 and 1894 in response to the Eiffel Tower in Paris. Standing at 280 feet, the tower makes a great landmark for Fouvrière and is right next to all historic monuments in the district.

A stop for all those wanting to know a little bit more about Roman history. They have artifacts from Roman, Celtic, and pre-Roman material, including objects like jewelry and statues. The museum is on the Fouvrière hill, or “the hill that prays” in Lyon. 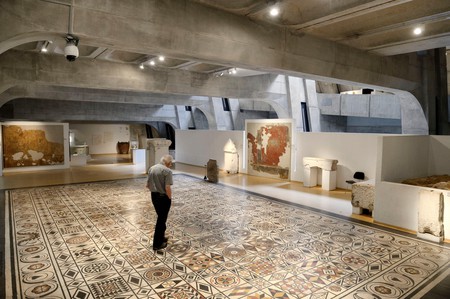 A phenomenal spot for a day of fun away from the city. Guests are able to try ropes courses at various levels of skill ranging from small children to adults. Located only a five minute walk from the Basilica, it offers a great escape from the hustle and bustle of daily life. Their center has seven acrobatic courses and 80 workshops to ensure that all visitors have an active day of play.

Stop by the Ancient Theater of Fouvrière

Ruins, Theater
Facebook
Email
Twitter
Pinterest
Copy link
Share
The Ancient Theater of Fouvrière is a Roman structure built on the hill of Fourvière and is the largest roman theater in all of France. The theater is a hugely popular destination for tourists and a gorgeous architectural work. If you visit in the summer, be sure to check out Nights of Fourvière, the yearly festival filled with theater, music, opera, and more.

Bike tours give a chance for visitors to immerse themselves in the history of Lyon through a live guide directing them through the city on electric bikes. Visitors get a chance to choose which route they want to take, and then are matched with a tour guide for their small group. The bike tour is a highly interactive way of exploring the city with the people who know it best.

The closed escape game is a thrilling group mental exercise. Groups are locked in a room and tasked with how to get out using only the resources within that room or a walkie talkie to one of the staff members for clues. Guests have a choice of two scenarios: locked in a room trying to escape imprisonment for a crime you did not commit, or locked in a scientist’s lab trying to deliver the cure to the virus destroying the human race. The closed escape is a fantastic destination for those looking for an exhilarating mental exercise with a team. The scenarios are extremely realistic and are not meant for small children.

The perfect place to go if you’re looking for escape within the city. Planet Canyon is an outdoor attraction that allows guests to go canyoning at various levels of difficulty. The site is family-friendly, with water slides and jumps available. It’s a truly unique experience to be able to partake in such exhilarating outdoor activities outside with loved ones. 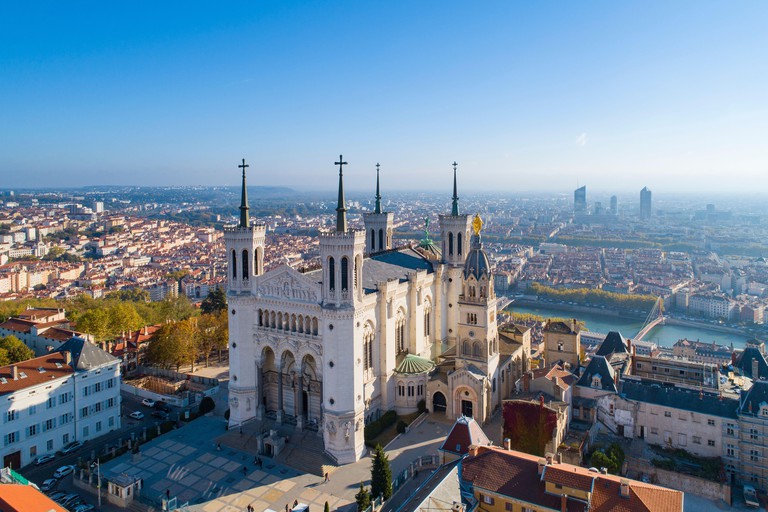 Lyon, Aerial view of Notre Dame de Fourviere Basilica | © JOHN KELLERMAN / Alamy Stock Photo
A must-see landmark of not only Fourvière, but for Lyon as a whole. It sits at the top of Fouvrière hill, accenting the region’s religious roots. If the weather is clear, guests are able to view Mont Blanc, the highest point in Europe. With a stunning interior that visitors are able to explore, the basilica definitely deserves a visit.
Give us feedback