We all know Victor Hugo for his masterpiece Les Misérables, but that’s really just the beginning of his talent. Hugo was a brilliant example of a writer who turned his writing to the number of causes that he cared about, from social injustice to the protection of valuable buildings threatened by new developments. Browse through our list of seven of his other great works, and know that each one of them truly affected his country of France. 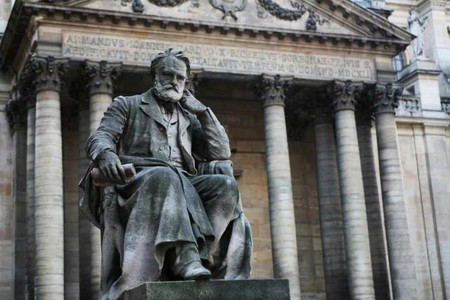 In addition to being well known as a novelist, Victor Hugo was also a poet. Les Contemplations, while not published until 1856, actually contained poems written as far back as 1830. The themes of the collection are evocative particularly because they pull on some very sad circumstances from his life. His daughter, Leopoldine, died at the age of 19 by drowning in the Seine, and the collection is in large part dedicated to her memory. Not incidentally, memory is a major theme of the collection, and through it Hugo explores the transfer of autobiography into verse.

The Hunchback of Notre Dame

Aside from Les Misérables, The Hunchback of Notre Dame is probably Hugo’s most famous work – it was even made into a Disney move in 1996. The plot is both exciting and tragic, full of sympathetic characters whose wellbeing you’ll find yourself wanting to protect – namely Esmerelda, a beautiful woman charged with a terrible crime, and Quasimodo, the eponymous hunchback. For Hugo, though, the book had another purpose. He had watched in dismay as city officials began to remodel and replace the old Gothic buildings, and Hugo wanted to point out the value of this kind of architecture by essentially making the Notre Dame cathedral a character in the book.

This work, called The Legend of the Ages in English, is a collection of poetry that tackles a fairly substantial topic – just the entire history of humanity. As such, many people mark it as the only true French epic, placing it on par with such works as The Odyssey or Beowulf. Instead of exhaustively researching real historical figures, Hugo chose to depict fictional characters who personify and symbolize the eras from which they come. It started as a much smaller project before growing into the expansive piece that it would eventually become, expanding to encompass everything from the biblical creation to the Inquisition to Hugo’s modern day – and that was only in the first of three series. The finalized collection was published in 1883, and is possibly the best way to truly witness Hugo’s range of talent.

The Last Day of a Condemned Man

The Last Day of a Condemned Man is one of Hugo’s earlier works, published in 1829, and it’s also another instance of Hugo using his writing to try to affect social change. He got the inspiration for it when he saw an executioner preparing a guillotine for a future execution, and he decided to write a short novel condemning the death penalty – far before such an idea was commonplace. The novel’s name very aptly describes it – it follows the innermost thoughts of a man condemned to death on the last day before it happens, giving the reader insights into the prisoner’s life and thoughts on his final day on earth. While some details are left out – the prisoner’s crime, for example – most are in greater detail than readers would ever have expected. 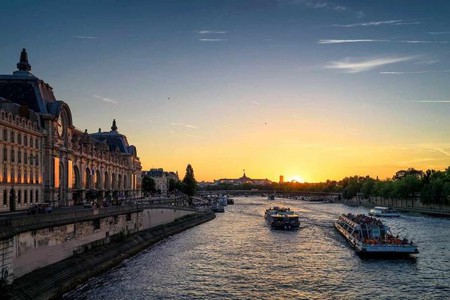 The Seine at sunset | © skeeze/Pixabay

While most of you might be familiar with Les Misérables, you may not be as familiar with its roots. Before there was Jean Valjean, there was Claude Gueux, another poor man, jailed for stealing the food he needs to feed his family. Instead of escaping as Jean Valjean did, Gueux witnesses the dark corners at every turn of the old French penal system. Published in 1834, this is one of Hugo’s early reflections on what he saw to be a broken part of society. Men like Gueux, uneducated and completely ignored by society, ended up unable to support themselves and then found themselves suffering in jail because of it. Hugo saw this as a great injustice, and much of his writing would become his attempt to fix it.

Hugo has one more talent to add to his prose and poetry writing – he also wrote a number of notable plays. With Cromwell, published in 1827, his subject matter might appear a bit out of place, given Hugo’s own nationality. It addresses the history around Oliver Cromwell, the controversial English political leader who led the country to a short period without a monarchy and became the Lord Commander during that time. The play, while it is primarily focused on Cromwell’s internal conflicts about his position, is extremely long and has a very large cast of characters, so it wasn’t actually performed until 1956. One more important piece is its preface, which many now consider to be the Romantic literary movement’s manifesto.

In Ninety-Three, Hugo’s last novel, published in 1874, Hugo again turns his focus to history. This time, he covers a series of events in the French Revolution that happened in 1793. He reveals himself to be on the side of the Revolutionaries through a series of comments made by the narrator throughout the novel, but neither side comes off looking very good. In a connection to a different part of world history, a young Georgian seminarian and poet named Josif Dzugashvili read it and found himself deeply inspired by the actions of the novel’s villain. This man was punished for reading the book, but he would eventually change his name to Stalin and go on to punish many people himself.