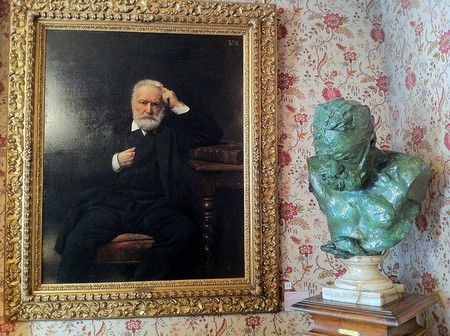 Victor Hugo, poet, novelist, dramatist. By far one of France’s greatest writers of the 19th century and a leading supporter of the Romantic Movement. Hugo’s fame primarily comes from his poetry and then from his novels and dramas, which are considered incredible pieces: ‘Notre-Dame de Paris,’ ‘Les Travailleurs de la Mer’ and last but not least, ‘Les Misérables,’ which has been even more popularized by stage, film, and musical adaptations. This extraordinary man lived an extraordinary life and in this article we revisit all the places that marked Victor Hugo’s life in one way or another. Where can we begin? 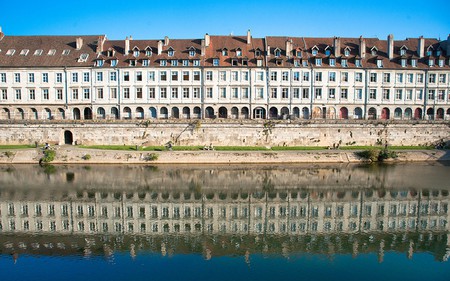 We start our journey at the birthplace of Victor Hugo. Hugo came into this world as the third son of Joseph Hugo and Sophie Trébuchet. He was born in Besançon, a city in eastern France bursting at the seams with art and history, and which is also a World Heritage Site. Besançon is a beautiful, calm and peaceful area. Its inhabitants tend to keep to themselves, and that makes discovering this unrevealed area even more exciting, knowing millions of tourists have not touched this city! During his childhood, Hugo went to school in Madrid; these exotic memories are found later in his poetry and plays. But in 1812, Hugo’s mother grew tired and did not enjoy her unstable life as an army wife, so she moved to Paris with her three sons; they settled there just perfectly.

Lycée Louis-le Grand in Paris. Founded in 1563, the school is located in the heart of Paris’ Latin Quarter. A stunning area known for its incredible history, culture and of course the architecture. Here is where Hugo started writing tragedies and poetry. At the age of only 15 years old, he made his debut and took his first steps towards public recognition. While he was still unknown then, he would later turn into one of France’s greatest writers. Only a couple of years later Victor Hugo’s poem, ‘The Virgins of Verdun’ was awarded the golden amaranth, and his ‘Ode to the Restoration of the Statue of Henry IV’ won the grand prize of the ‘Golden Lily’ at the poetry competition called the ‘Floral Games,’ which was organized by the Academy of Toulouse. 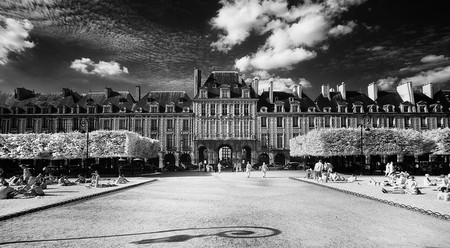 What about where Hugo lived, I hear you ask” Victor Hugo and his wife moved into their rented apartment at the Place des Vosges in 1832 and lived there until 1848. It is here where they raised their children, Léopoldine, Charles, François-Victor and Adèle. By this time, Victor Hugo had already published his first full-length book, ‘Notre Dame de Paris,’ in 1831, and also was planning to write a major novel about social misery and injustice. These were the initial ideas that would give birth to ‘Les Misérables,’ a story following several characters, especially ex-convict Jean Valjean and his struggles. An oblivious Monsieur Hugo would have been starstruck as to how successful his novel was to become, and how it would remain so to this very day. The novel took an incredible sixteen years to complete. When he did complete it and it was published, the novel was considered negatively by critics. However, it was considered a great success globally, and was soon added to the agenda of the National Assembly of France. Who hasn’t seen the film adaptation of ‘Les Misérables'” 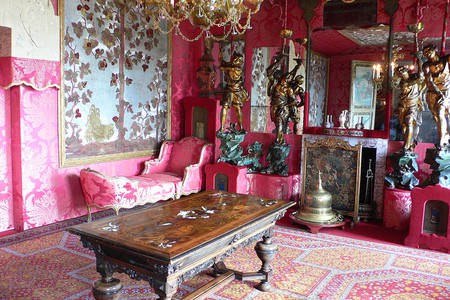 Victor Hugo and Brussels had a very strong connection. He fled there in the 1850s after Napoleon III seized power in 1851, managing to cross the border on a forged passport, and his mistress soon followed his footsteps. During this time, Hugo was working on ‘Les Misérables,’ which he was able to finally finish in 1861 while also writing a variety of pieces including, ‘Histoire d’un Crime’ and many other poems, due to the freedom of thought in Brussels.

For 14 years, Hauteville House in Guernsey was the home to Victor Hugo during his exile from France. Hugo bought the house in 1856 and his time there was spent writing several of his other well-known pieces. 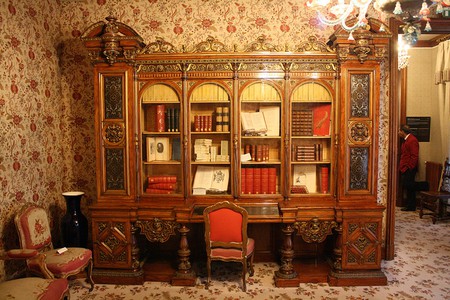 124 Avenue d’Eylau was partially renamed for Hugo’s 80th birthday and then fully took his name after his death, it is now called Avenue Victor-Hugo. This was the last home to Victor Hugo until his death, once he finally returned to France. One of the greatest parades in France was held in his honor. The parade travelled from Avenue d’Eylau towards the heart of Paris to commemorate his 79th birthday and entering his eightieth year. Hugo watched from the window of his town house while the people marched for several hours in front him.

Hugo’s final resting place is located at Le Panthéon, in Paris. In 1885, Mr. Victor Hugo, at the grand age of 83 years, was laid to rest after being struck by an infection which led to his death. This incredible man who published one of the greatest novels of the 19th century, was mourned heavily with millions paying tribute to one of France’s greatest writers.