5 Reasons Why Foodies Are Flocking to Strasbourg 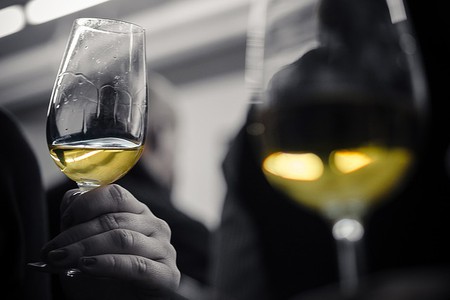 If you ask travelers what they love about Strasbourg they will say the Cathedral, architecture, history and culture. Dig a little deeper and there’s likely to be a tantalizing foodie discovery that sparked their love affair with the capital of Alsace, with its jazzy blend of old and new.

Every year without fail, the wines of Alsace make it onto the list of the best in the world. Strasbourg has a long tradition of wine rooms where you can while away the hours with friends comparing vintages. One particularity that sets Alsace wines apart is that while other regions of France use the nomination of origin tied to the soil or land, in Alsace, wines are commonly referred to by the grape varieties such as Riesling, Sylvaner, Muscat or Gewurztraminer. Connoisseurs never miss an opportunity to sample a vieilles vignes, the product from vines that are particularly old, leading to more intense wines – a perfect souvenir to take back home.

It’s not surprising that Strasbourg has a thriving beer culture as its perched on the line between Germany and France, and it actually lived under German rule for several stretches in its long history. The beer culture in Strasbourg is far from stuck in the past. While you can enjoy traditional mainstream chope in any of the picturesque bars and winstubs around town, the microbrewery market is exploding and offers unexpected altars like the Académie de la Biére, a great bar with more than 70 types of beer, or a shop like Bière Import that features 450 artisanal beers from Alsace and beyond. With labels such as “God in Heaven Aphrodisiac” and “Blessing Blonde Seductress” who could resist? 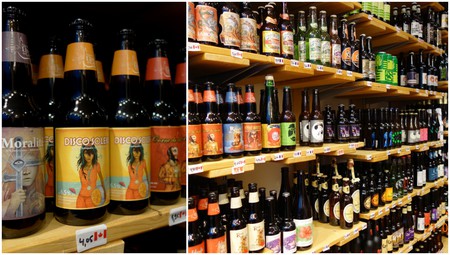 A beer for every day of the year | ©Sylvia Edwards Davis

Virtually on every city block there are bakeries brimming with soft pretzels in different shapes and sizes, with or without salt and fillings, little sandwiches rolls made with pretzel dough called moricettes, and mouthwatering tiny bredele butter cookies in hundreds of varieties. Taking center stage is the emblematic Kugelhopf, sometimes spelled Kougelhof or Kouglof, the most famous cake from Alsace with its bundt-shaped mound of goodness that melts in your mouth when freshly baked. 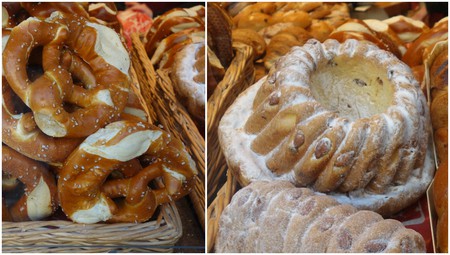 It may surprise first-time visitor that chocolate is such guest of honor in Strasbourg that it even has its own museum on the outskirts of the city. Not so surprising when you learn that Strasbourg is important step in the chocolate way, and Alsace is the champion chocolate exporting region of France. A visit unravels the journey from bean to chocolate while you learn how to taste and appreciate the knowhow of ‘real’ chocolate making. Follow your visit with a stroll along the charming streets to pick your own favorite among the multitude of boutique chocolatiers, presented to look almost like jewelry shops. 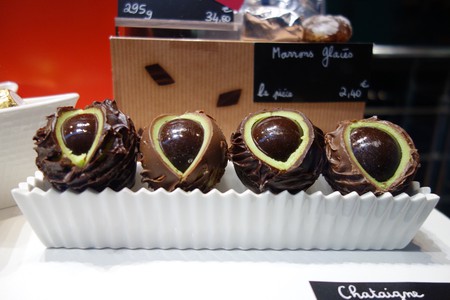 Forget Dukan, Adkins and Paleo; Strasbourg follows the potato diet. The most iconic dish in Strasbourg is the baeckoffe, a slow-baked potato casserole with porc, lamb and beef. From there on, potatoes feature on choucroute, the rustic roïgebrageldi gratin, hashbrown-style Artäpflekiechla patties, quenelle dumplings. Potatoes are also democratically fried, steamed or made into an irresistible potato salad à l’Alsacienne. You’ll find a wealth of restaurants and winstubs specializing in the cuisine of Alsace, which is worth a trip all by itself. 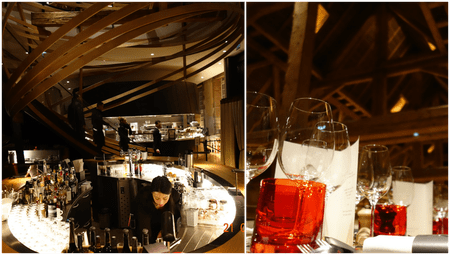 However, one of the many exciting aspects of Strasbourg is that its location between France and Germany and its role as the seat of the European Parliament give it a rich multicultural flavor. From Michelin-starred restaurants like Umami, Gavroche and 1741, to trendy contemporary bistros like La Cuiller à Pot, Doo, or the stunning Brasserie Les Haras, there’s a wide and varied choice to explore and discover that is sure to be up to expectations of the most demanding foodies.

And a bonus reason: foie gras

The paté de foie gras that Jean-Pierre Clause made in Strasbourg in the 1778 was so exquisite that it made its way to the table of the Sun King Louis XIV. In his description of the delicacy, Brillat-Savarins writes that ‘…conversation ceases… and the faces, one by one, give way to the fire of desire, joy and ecstasy’. Ever since, Strasbourg is known as the French cradle of foie gras. Not on everybody’s list these days, but if you enjoy foie gras then you’ll find venerable institutions here such as Edouard Artzner, a specialist maker of foie gras since 1803.