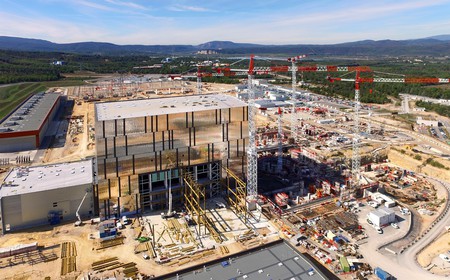 With unbelievable tech innovations in Paris being unveiled every other week – see our articles on flying taxis, a floating gym, and sewer-heated swimming pools for proof – it can be easy to fall into the kind of lazy thinking that believes exciting, intelligent life ends at the périphérique. Oh, how wrong this would be. Below are just five astounding works of science and engineering taking place in the countryside across France.

On a grey morning in December, the world’s first solar panel road was unveiled in Tourouvre-au-Perche, Normandy, by the French ecology minister, Ségolène Royal.

Over the next two years, the one-kilometer stretch of road, which cost €5 million to build, will be used by around 2,000 drivers every day. This trial period will determine whether the 2,800 square meters of photovoltaic road surface can power the village street lights for its 3,400 residents. 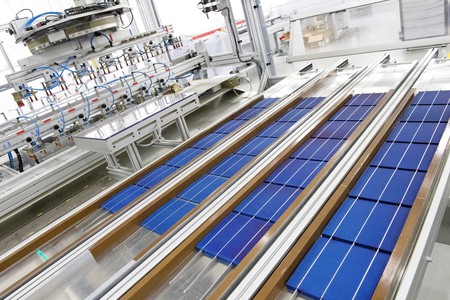 The Wattway (the road’s official name) was developed over five years by Colas, experts in road construction and a subsidiary of the French telecoms giant, Bouygues, and INES, the French National Institute for Solar Energy, with financing from the state.

Critics claim the project doesn’t represent an effective expenditure of public money. In an interview with Le Monde, Marc Jedliczka, the vice-president of the Network for Energetic Transition (CLER), said that “it’s without doubt a technical advance but in order to develop renewables there are other priorities than a gadget of which we are more certain that it’s very expensive than the fact it works.”

Nevertheless, Royal plans to install a further 1,000 kilometers of solar roads across France and Colas has 100 more projects lined up, half domestic and half international.

In the countryside outside Saint-Paul-lez-Durance, a Provençal town about an hour north of Marseille, thousands of scientists and engineers from 35 countries are working hard to recreate the sun right here on Earth. 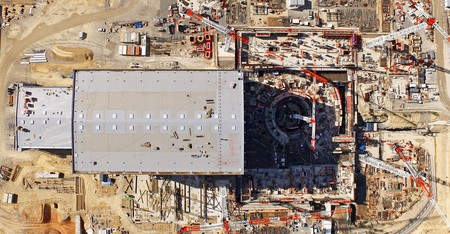 ITER, the most sophisticated and expensive machine ever built, could help solve humanity’s impending energy crisis. The flattened, 42-hectare site will be home to the world’s largest tokamak, a ring-shaped device designed to test the feasibility of nuclear fusion as a large-scale, carbon-free energy source and provide a blueprint for future power plants. 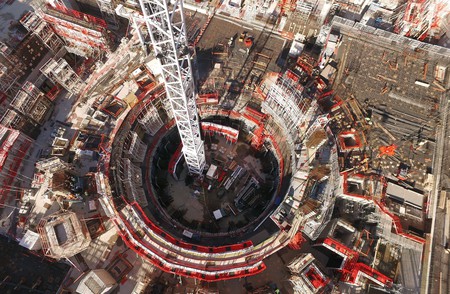 To achieve fusion, ITER will heat a cloud of hydrogen gas to 150 million degrees Celsius (a temperature 50% hotter than the sun’s core) to form a collision-rich plasma that is controlled and confined by super-powerful magnets.

The energy produced by fusion events will be absorbed by the machine’s walls as heat and, as with a conventional power plant, this will create steam and then electricity using turbines and generators, albeit on a much grander scale.

It is hoped that ITER will provide 500 megawatts of power, 10 times its predicted input.

The Rittersohffen geothermal power plant is located just a few kilometers outside the town of Soultz-sous-Forêts, not far from France’s border with Germany. The site, inaugurated by Ségolène Royal in June 2016, is the first in the world to harness the energy potential of water contained in the earth’s rocky substructures for an industrial process.

The publicly financed project, which was a joint initiative of Électricité de Strasbourg (ES) and Roquette Frères, a manufacturer of food, pharmaceutical, and biochemical products, has tapped into two wells at a depth of 2,500 meters. Water at temperatures of up to 170 degrees Celsius (338 degrees Fahrenheit) is brought to the surface, where approximately 100 degrees Celsius (212 degrees Fahrenheit) of the heat is extracted. The cooler water is then pumped back to the same level where it came from and it heats up again over the space of a few weeks.

The site will provide the nearby Roquette Frères plant with 24 Megawatts of energy every year, roughly 25% of its energy needs. In total, 16,000 tonnes of oil equivalent (toe) will be avoided annually, preventing 39,000 tonnes of CO2 emissions.

When complete in 2018, the Paimpol-Bréhat tidal farm off the coast of Brittany will be the world’s largest tidal array and the first ever to be connected to the grid.

The site has been under development since 2012 when the first 2 Megawatt prototype turbine was immersed in the chilly waters of the Channel. At 16 meters across, the turbine weighs a whopping 850 tonnes.

The Normandy Hydro project, a co-venture of EDF’s clean energy subsidiary EDF Energies Nouvelles and DCNS, a world leader in naval defence and energy innovation, will see six more turbines installed nearby. The project is the first move to create a whole new energy sector for France. Like the ITER project, it is intended to provide a model on which the first commercial farms can be commissioned.

It is estimated that tidal turbines have the potential to generate somewhere between 2,000 and 3,000 Megawatts for France, enough to power approximately 2.5 million homes.

Residents and businesses in the Var département in the southeast recently became the first anywhere to receive parcels by drone on a regular commercial route. After two years of trials, the General Directorate for Civil Aviation (DGAC) approved the DPDgroup, a subsidiary of Le Groupe La Poste, to make the deliveries.

Once a week, the DPDgroup drone will fly the 15 kilometers between Saint-Maximin-La-Sainte-Beaume and Pourrières, the location of a business incubator which contains more than a dozen tech firms. The drone shuttles between two terminals, ensuring the safest possible takeoff and landing. The project represents a huge step forward in addressing the difficulties of last-mile deliveries to remote destinations. Further experimentation on this route will allow experts to explore its global application.

For now, the drone can cover 20km at a speed of 30km/h and carry loads of up to 3kg. Not too shabby!