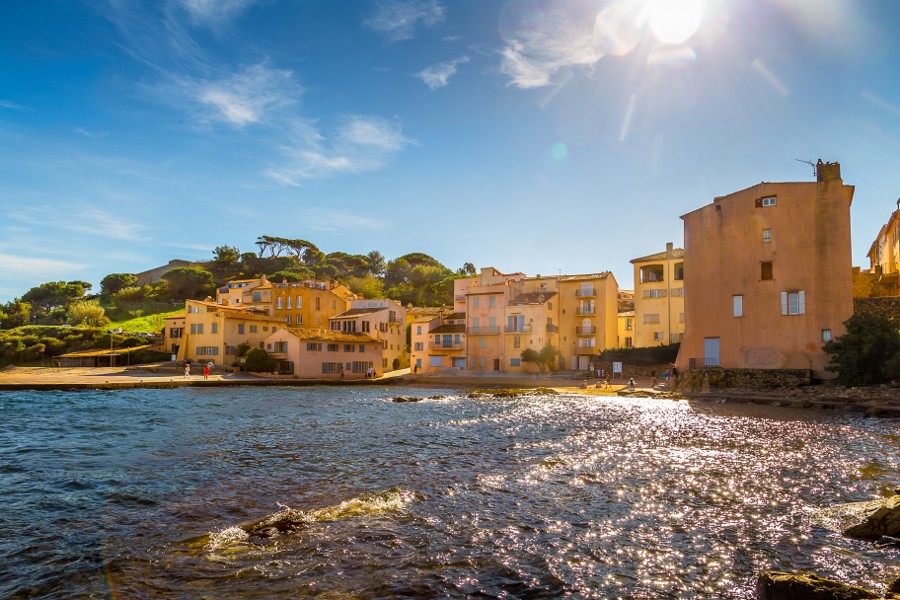 This is the most photographed beach in town, just at the foot of the old fishing district of La Ponche.

Art Museum, Art Gallery
L'orage de Saint Tropez by Signac (The storm of St Tropez) is in the museum Annonciade | © WikiCommons
The Annonciade museum calls itself the oldest avante-garde art museum in France. Established in the mid 20th century, it showcases work by modern artists like Paul Signac – who came to St Tropez in the 1890s and encouraged other artists to do the same. It is housed in an old converted chapel, built by monks in the 16th century.
More Info
Open In Google Maps
Saint-Tropez, Provence-Alpes-Côte d'Azur, 83990, France
+33494178410
View menu
Visit website
Visit Facebook page
Send an Email
Give us feedback

St Tropez originally had four towers built along the coastline to protect it from a sea invasion. The Tour de Portalet is the one that is in best condition.

Restaurant, Seafood, $$$
This beach is only one of three that is actually in St Tropez – most of the beaches are slightly out of town. It has a lovely restaurant and beach bar and is a good alternative if you don’t want to brave the summer traffic.
More Info
Open In Google Maps
Saint-Tropez, Provence-Alpes-Côte d'Azur, 83990, France
+33494975400
View menu
Visit website
Visit Facebook page
Send an Email
Give us feedback

The old “gendarmerie” used to be the police headquarters. Now it is the Museum for Police and Cinema, showcasing St Tropez’s unique history with cinema (many movies have been filmed here including the smash 60s, The Troops of St Tropez).

The Citadel was the fortress built to protect St Tropez from attack, but it was decommissioned when modern ammunition became too powerful for it to withstand. It now offers great views over the entire town and bay beyond. 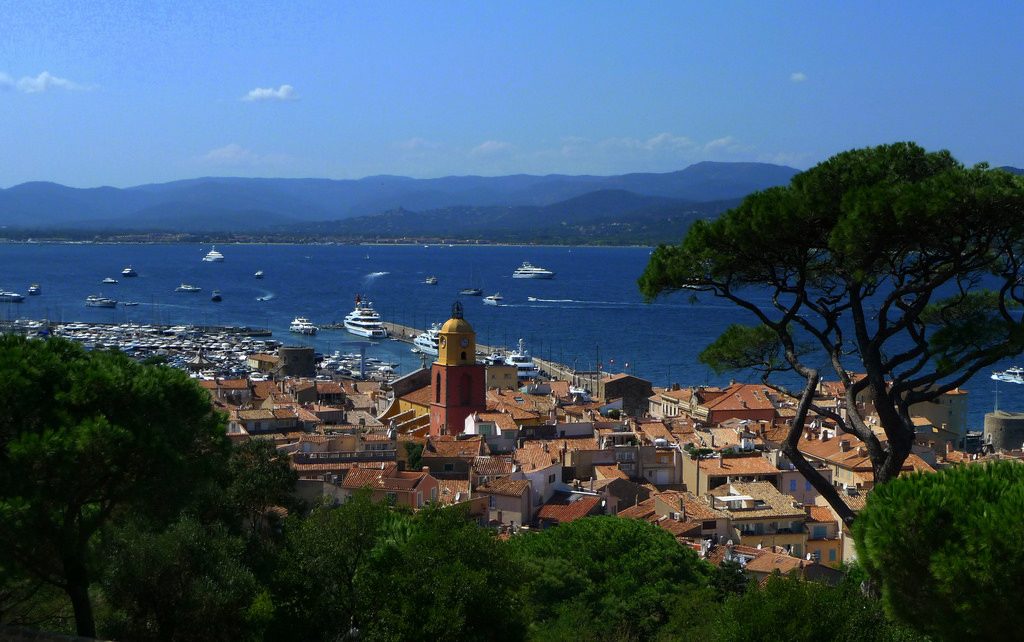 You’ll find the Museum of Maritime History in the dungeons of the citadel of St Tropez. This small museum explores the town’s relationship with the sea over the years.

This beach is just round the coastal road from the centre of St Tropez and a gloriously wild alternative to other, more commercial, beaches. It has sun loungers for hire.

Pampelonne beach was made famous by Brigitte Bardot when she arrived in the 60s to make a movie. It’s actually a very long bay – made up of beaches with different names – technically Pampelonne beach is in the middle of them all. It’s still the beach to go to, to be seen.

When Brigitte Bardot and the film crew first went to Pampelonne beach to shoot their movie, they erected a makeshift hut on the beach to feed everyone. Over time it has become more of a permanent structure but is still the place to have an idyllic lunch with price tags to match. It’s a key celebrity haunt.

In the 1950s, a Polish baker, Alexandre Micka, opened a bakery in the main square in St Tropez. He designed a new dessert, based on the French brioche and his grandmother’s recipe. He was asked to do the catering for Brigitte Bardot’s film crew at Club 55. She loved the cake, gave it a name – La Tarte Tropézienne – and it is now one of the most loved desserts in this region of the French Riviera. Visit the original Tarte Tropézienne on Traverse des Lices.

St Tropez is well known for its affleunt visitors and every summer, large yachts moor on the quay and celebrities and the uber-rich drink their cocktails and party until dawn. It’s a great place to have a morning coffee or evening drink, watch the sun go down and people-watch.

If you head south from Pampelonne beach, you’ll find the more relaxed party vibe of Nikki beach. A great place to have dinner, swim and hang out, at one of the many restaurants and beach clubs.

Museum
The Butterfly House was set up by painter Dany Lartigue in his home in the garden district in the centre of St Tropez. It showcases more than 35,000 species of butterfly, both native to France and exotic. It’s now looked after and run by the town hall.
More Info
Open In Google Maps
17 Rue Etienne Berny, Saint-Tropez, Provence-Alpes-Côte d'Azur, 83990, France
+33494976345
View menu
Visit website
Visit Facebook page
Send an Email
Give us feedback

This has been ‘clothing optional’ since the 1960s. These days, real nudists tend to head to the actual nudist camps nearby, but you’ll still see the occasional nudist. It has a relaxed atmosphere.

Cap Camarat is the name of one of the headlands around St Tropez. It has the second highest lighthouse in France and is a great place to hike up to, and take photos.

The beach at the foot of the Cap Camarat lighthouse is worth the hike. Bonne Terrasse is a great place to see peregrine falcons and native French tortoises.

This beautiful cemetery is a perfect final resting spot, nestled on the coast just outside of town. Two seminal movies used it as a location, “La Piscine” and “And God… Created Woman”.