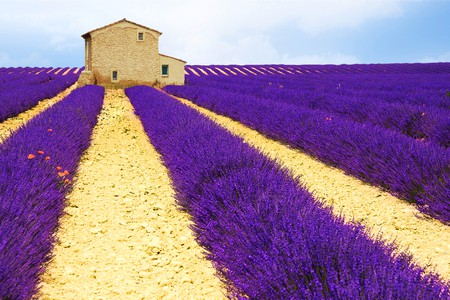 Provence has so many unmissable attractions. You only have to turn a corner to find stunning lavender fields or a village perched precariously on a hill. Or you can head to the coast and find divine beaches and magnificent palaces. Here’s our best of what Provence has to offer.

The Calanques are a series of inlets along the coast on either side of Marseille. They’re one of the big draws to the region but not always easy to get to. The best way is either to hike in or to visit by boat. Once in, head to one of the restaurants or take a picnic. 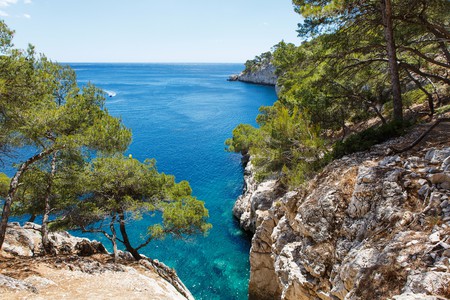 The Calanques near Marseille are a must-see | © Romrodphoto/Shutterstock

Back in the day, La Ponche was the fishing district of the small village of St Tropez. Now it is the oldest part of town and a perfect place to take in the view or walk along the beach. 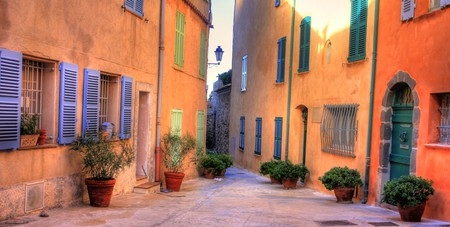 MUCEM and the Fort Saint-Jean in Marseille 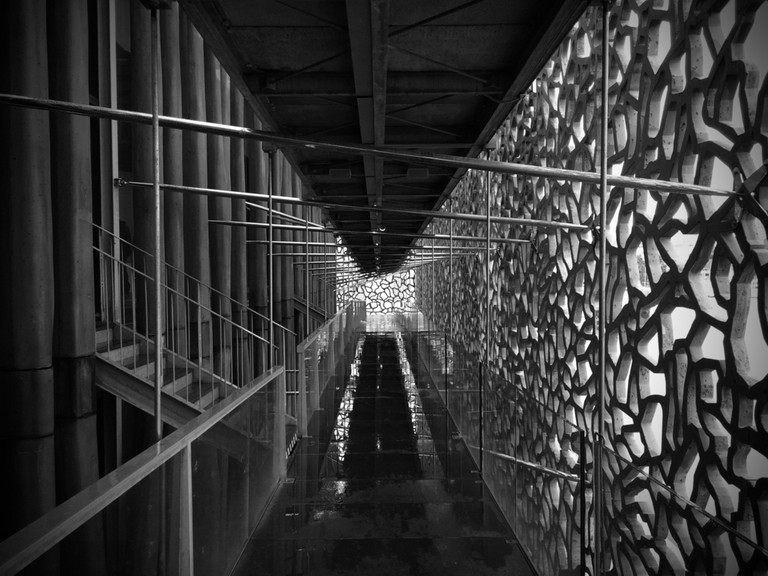 © Gilbaud Stan / Shutterstock
The throughly modern Museum of European and Mediterreanean Civilisations (MUCEM) is the perfect partner to the newly restored Fort Saint-Jean. They are linked by a walkway that will take your breath away.
Open In Google Maps
1 Esplanade J4, Marseille, Provence-Alpes-Côte d'Azur, 13002, France
+33484351313
Visit Website
Give us feedback

The Roman Ruins of Cimiez, Nice

The Romans founded Cimiez in the hill above Nice and there are some wonderful remains of an arena and the baths. In the 18th century, Cimiez became home to many grand buildings and hotels to house the painters, artists and tourists who arrived to winter on the French Riviera. It’s a great place to roam for an afternoon, visiting Matisse‘s former home as well as the Museum of Chagall.

The Sainte-Victoire is the mountain just outside of Aix en Provence. It’s a stunning place to hang out at the foot or if you take enough water, head to the top. The challenge is to touch the cross on the summit.

If you have the energy, climb to the top of the Sainte-Victoire | © Jef Wodniack/Shutterstock 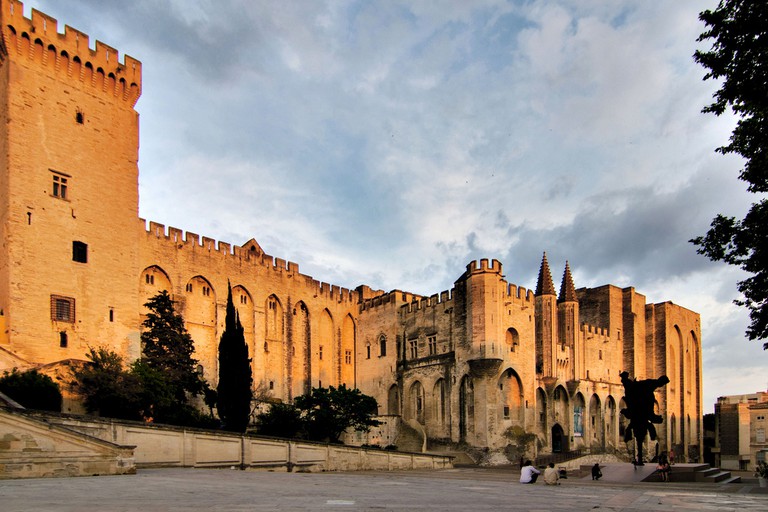 The Palais des Papes was built by several consecutive popes and towers over the entire town of Avignon | © Artur Staszewski/Flickr
In the 15th century, the papacy left Rome during a time of civil and religious unrest and arrived in Avignon to make their new home. Over the next 100 years, several reigning popes built on the existing monastery to construct Europe’s largest gothic structure. The Palais des Papes is the result.
Open In Google Maps
Place du Palais, Avignon, Provence-Alpes-Côte d'Azur, 84000, France
+33432743274
Visit Website
Give us feedback

In the early summer you can spot lavender growing in vast purple fields across the length and breath of Provence, particularly in the Luberon district around Gordes. Head to the Lavender Museum to find out everything you need to know about Provence’s number one export.

The Streets and Fountains of Aix en Provence

Aix is called the “City of the Thousand Fountains”. No one has literally been able to count a thousand but they are at every intersection or roundabout. Read our guide here. 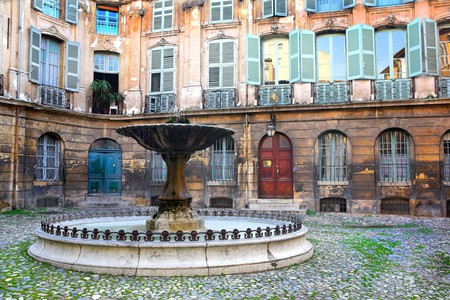 Aix is the city of a thousand fountains, like this one in Place d’Albertas | © Sean Nel/Shutterstock

The Hillside Village of Bonnieux

The hillside village of Bonnieux is a must-see on any tourist itinerary of the Luberon (the area in the north of Provence). The best view can be had sitting at one of the restaurants overlooking the stunning views. 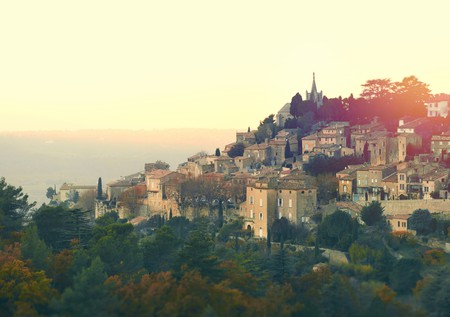 The Picturesque Fishing Port of Cassis

Cassis is an old fishing village that sits on the coast in between Marseille and St Tropez. It’s a good access point to the Calanques but more than that, it’s a beautiful place to spend some time. Watch the locals playing “pétanques”, swim on the beach, and eat at one of the port side restaurants. 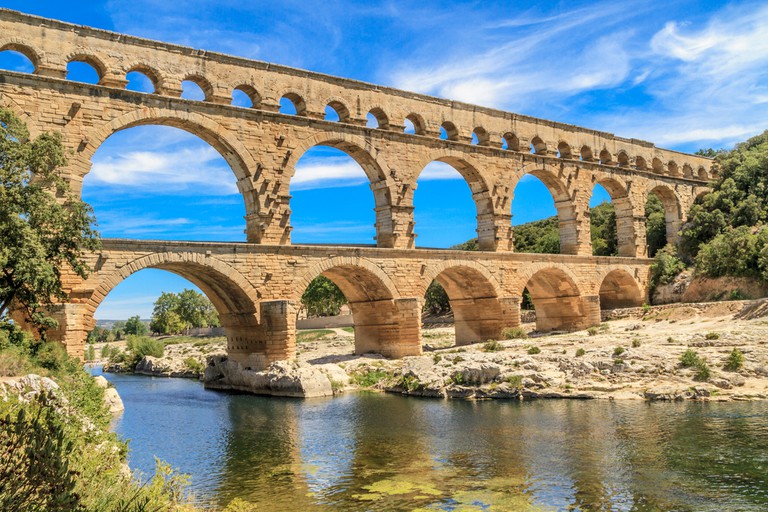 The Pont du Gard is amazing to look at and even better to swim under | © Bertl123/Shutterstock
The Romans built the Pont du Gard to carry water and now it’s a wonderful thing to see. It’s best to take a picnic and swim in the river below.
Open In Google Maps
400 Route du Pont du Gard, Vers-Pont-du-Gard, Occitanie, 30210, France
+33466375099
Visit Website
Give us feedback 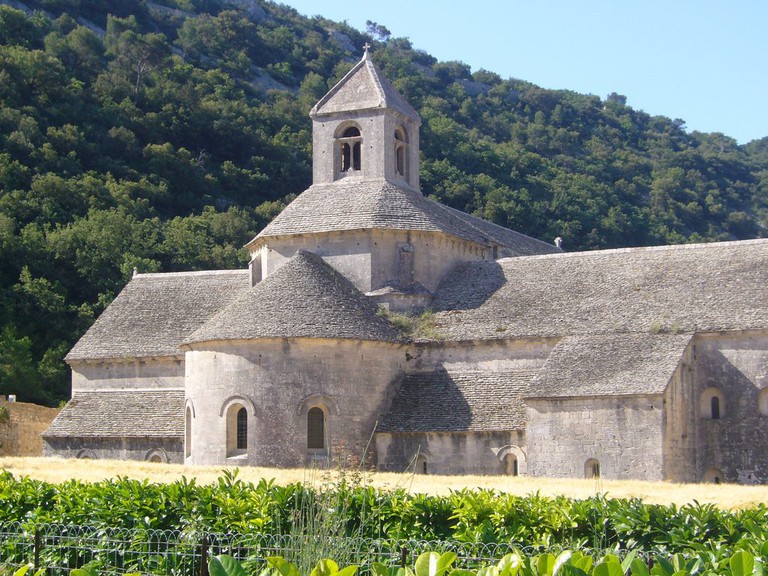 The Sénanque Abbey near Gordes is still home to a small number of monks | © Phillip Larson/Flickr
The abbey near Gordes is most beautiful when the lavender is out, in early summer. It closes early so make sure you leave plenty of time for your visit. It dates from the 11th century.
Open In Google Maps
Gordes, Provence-Alpes-Côte d'Azur, 84220, France
+33490720586
Visit Website
Give us feedback

The Medieval Town of Les Baux-de-Provence

This town is considered by the French to be one of the most beautiful in France – more than 1.5 million people visit each year. It sits on a rocky spur built on the hillside. It’s name comes from bauxite (a kind of aluminium ore), which was discovered here.

The Rusty Red Town of Roussilon

Rousillon is another hillside village, distinct by its red ochre rock that used to be quarried here. It sits on the border of the National Park of Luberon. 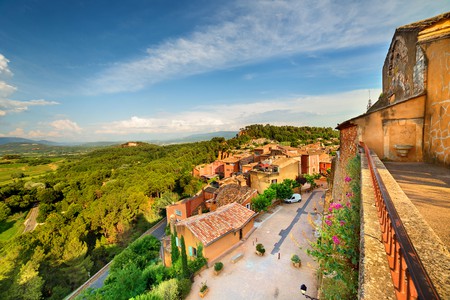 Rousillon is distinctive for its red rock | © Olgysha/Shutterstock 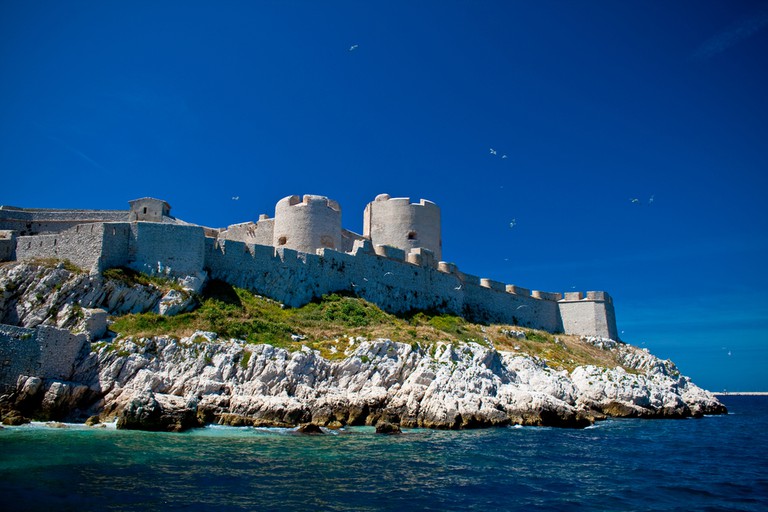 © Florian Augustin / Shutterstock
The legendary Château d’If is a little island fortress off the coast of Marseille. It used to be a protective military encampment but was turned into a prison in the 18th century. It’s here that Alexandre Dumas wrongly imprisoned his hero in the famous novel, The Count of Monte Cristo.
Open In Google Maps
Marseille, Provence-Alpes-Côte d'Azur, 13007, France
Give us feedback

The Medieval Town of Gordes

Gordes is a tiny town in the Luberon, which is well worth a stop on any tourist schedule. It’s not very big but incredibly charming to wander around with an ice-cream or to visit one of the local spas. 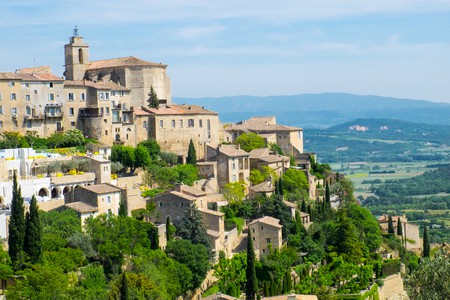 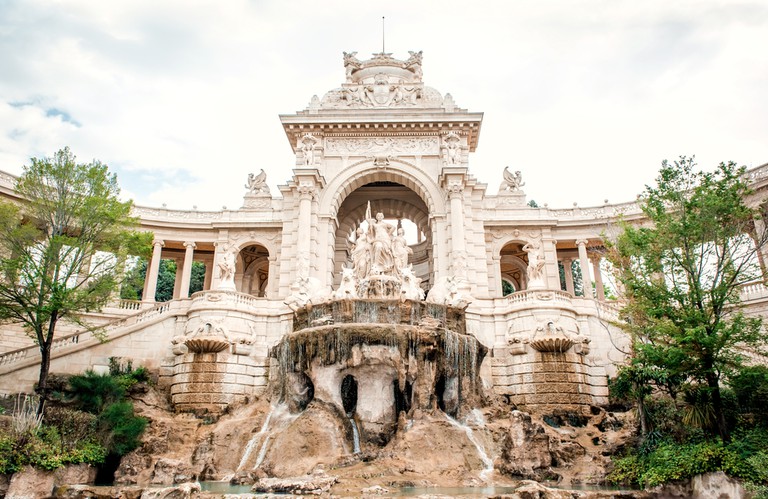 The Palais Longchamp | © Alex Tihonovs/Shutterstock
In the 18th century, Marseille was in the midst of a water crisis. So began an ambitious 10-year plan to bring water in from the nearby Durance river and solve the cholera epidemic. It was such a huge architectural feat that they built a big palace (the Palais Longchamp) as a monument to their hard work. It’s stunning.
Open In Google Maps
Boulevard Jardin Zoologique, Marseille, Provence-Alpes-Côte d'Azur, 13004, France
+33491552551
Visit Website
Give us feedback 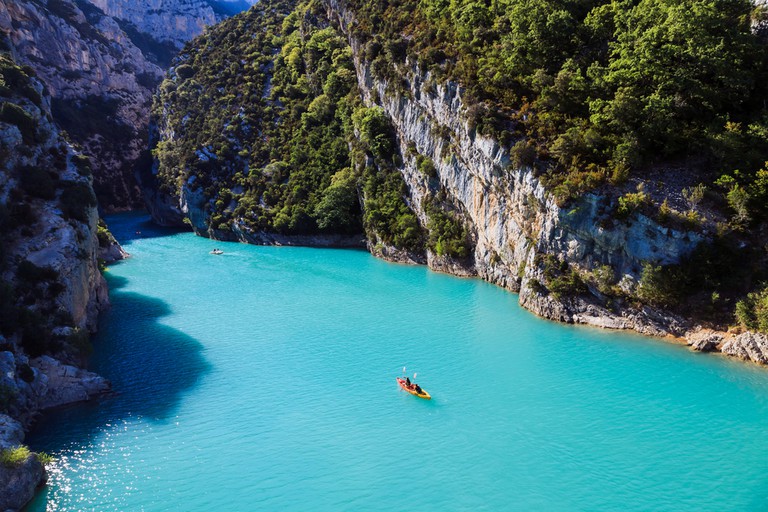 The Verdon gorge and the lake Sainte-Croix are necessary stops | © elementals/Shutterstock
The Verdon Gorges is a river canyon that’s over 25km long and in some places more than 700m deep. You can drive along the top of it (but it’s not for the faint of heart), climb the sides, kayak through it or hike into it. It leads into the artificial lake of Sainte-Croix, which is a great place to hire a pedalo or just have a picnic.
Open In Google Maps
Provence-Alpes-Côte d'Azur, France
Give us feedback

In the 18th century, Cannes as we know it today didn’t exist. There was just a little fishing village with fishermens’ cottages. British aristocrats arrived, fell in love with the place, bought land and built grand houses. They attracted even more people and so the town grew. Today, you can wander the small streets and climb to the top to take in the panoramic views.

Many people head directly to the Còte D’Azur when they arrive on the coast, towards Cannes, Nice or St Tropez. The Blue Coast is a great alternative and just as beautiful. It’s to the west of Marseille, rather than the east, and has beautiful calanques and little towns to explore. 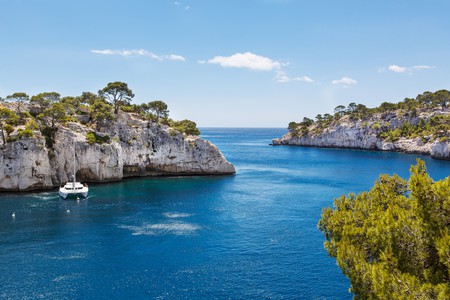