The Miroir d'Eau/ © Oliwan for Wiki Commons
Welcome to Bordeaux! A city with such an amazing quality of life, so many places to visit and lots of hidden gems to discover; you’re sure have a wonderful time. Get your camera ready, here are the 20 attractions you should definitively visit during your trip in Bordeaux.

By far the most beautiful square in Bordeaux, the Place de la Bourse’s beauty will blow your mind away with its astonishing fountain. Facing the Miroir d’Eau, it will also take you to some of the most praised places by the locals and visitors to go for dinner.

The Miroir d’Eau is a water mirror reflecting the Place de la Bourse and Bordeaux’s most photographed attraction. Locals and tourists like to walk through it in the summer. 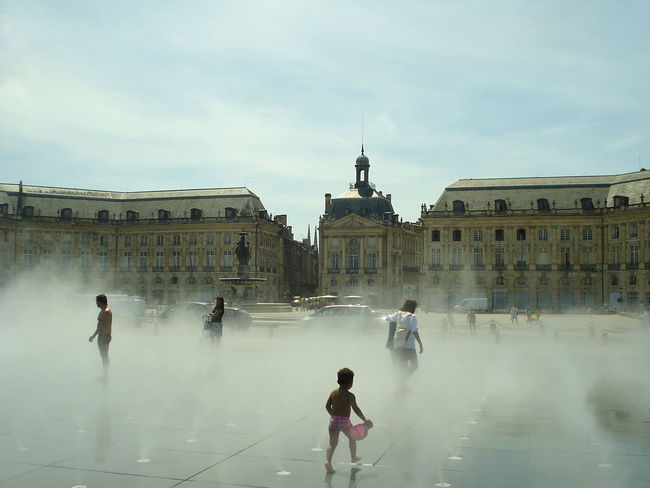 Strolling through Sainte Catherine Street is an absolute must while you are in Bordeaux. Stretching just over a kilometer, it is the longest shopping street in Europe. 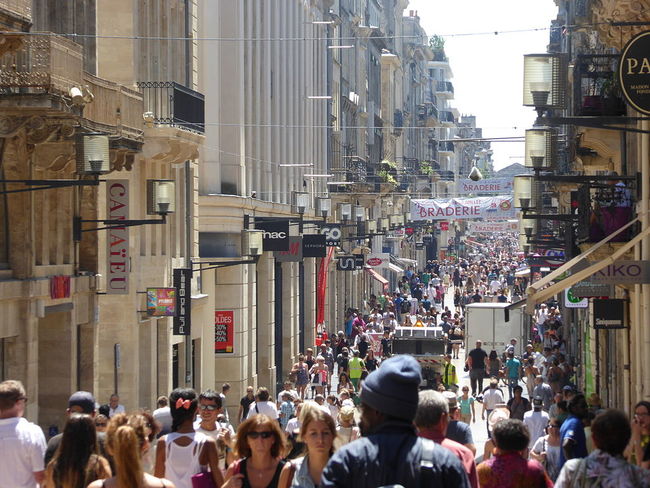 France’s biggest square, the Place des Quinconcesis another central point of the town. You will be amazed by the impressive Monument aux Girondins and the gorgeous fountain running through the monument. Spectacular! 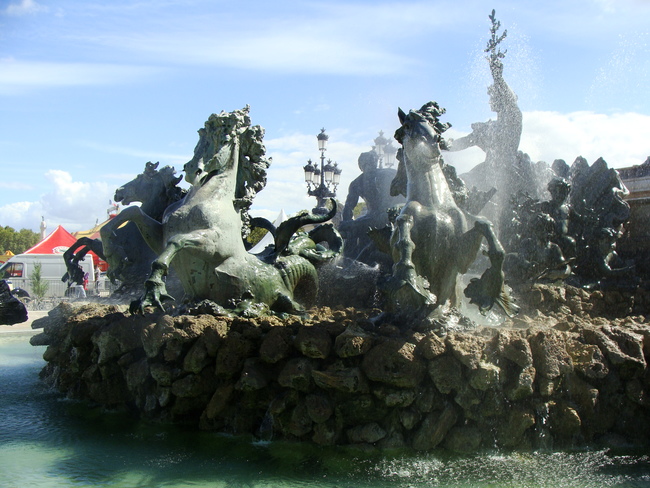 This majestic building, built in 1780, welcomes dance recitals, lyrique operas and some of the biggest cultural events in town. 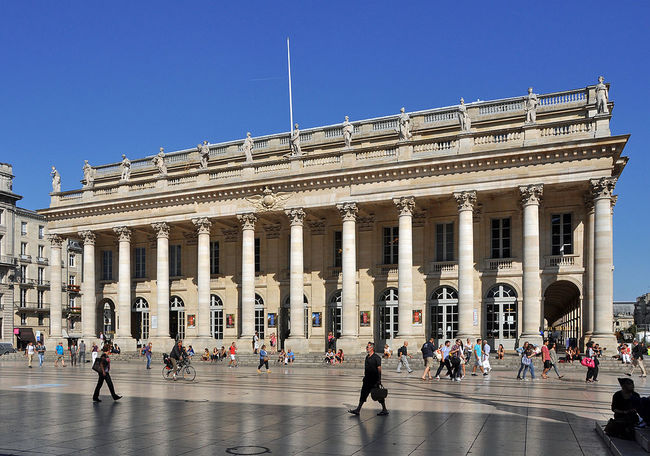 In the heart of the city, the Grosse Cloche is the last remain of the bells that used to give the city’s tempo. 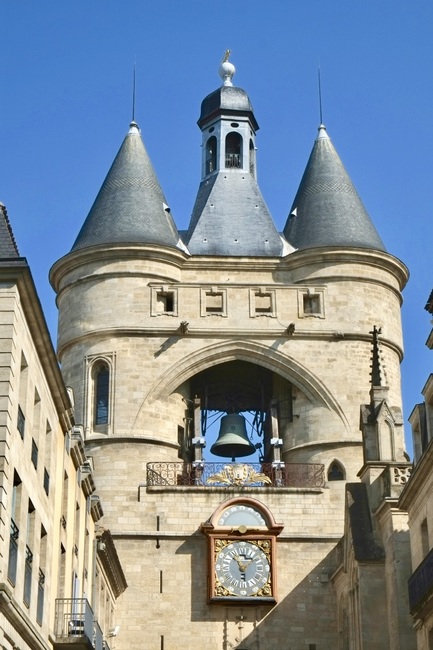 Architectural Landmark, Historical Landmark
The Porte Cailhau is one of the city’s gates and commemorates King Charles VII’s victory over the Italians at Fornoue. This defensive gate from the Middle Ages offers a sublime panorama of the docks.
More Info
Open In Google Maps
Place du Palais, Bordeaux, Nouvelle-Aquitaine, 33000, France
+33556006600
View menu
Visit website
Visit Facebook page
Send an Email
Give us feedback

This gothic-style steeple was built a few meters away from Saint André Cathedral, because architects were afraid that the cathedral’s structure could not support it. You will enjoy the panoramic view from the top of the belfry. 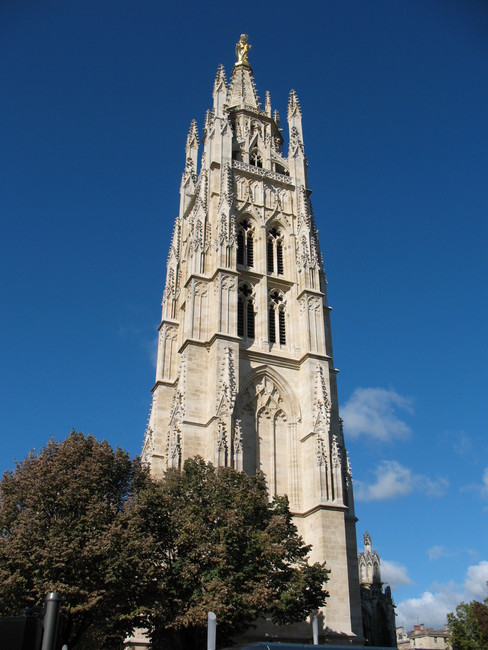 This flamboyant gothic church is located in Saint Michel, probably one of the most vibrant neighborhoods in town. Don’t hesitate to walk though the area, wander in the Saint Michel’s market or the Marché des Capucins. 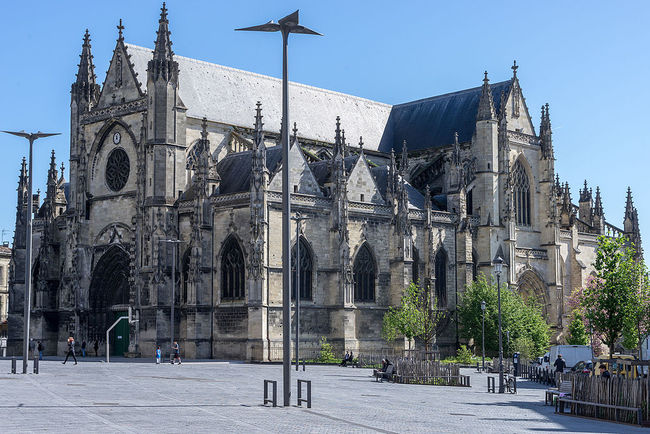 The Pont de Pierre represents an essential part of the city because it connects the left bank of Bordeaux with the right bank side of the Garonne river and the La Bastide neighborhood. Walking across the bridge or looking at the tram smoothly going from one side to another is a pure moment of bliss. 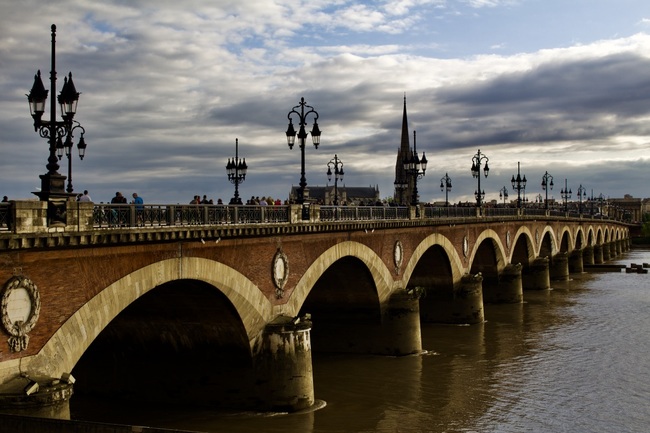 Place de la Victoire is definitively of one of Bordeaux’s most public places. Built on a former fair, this square is a central spot of the city’s vibrant nightlife with a lot of bars and restaurants. 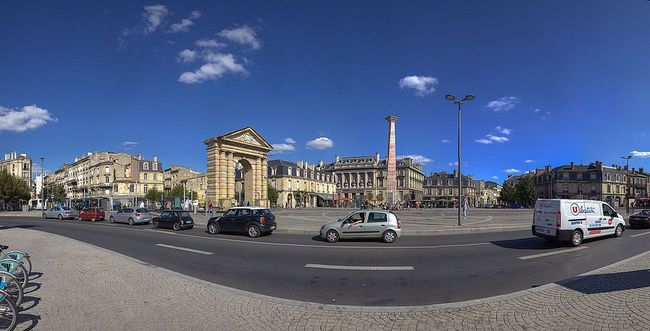 Imagine yourself taking a break in an enchanted garden in the middle of the day? Make this dream a reality by visiting Bordeaux’s Jardin Public, a mesmerizing green space right in the city centre. 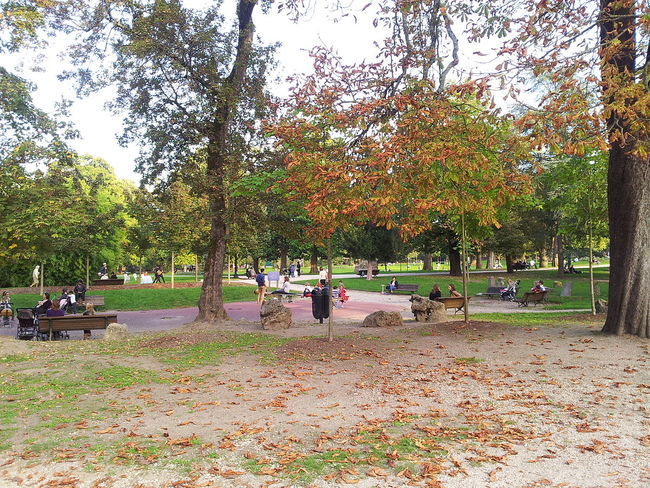 Slightly apart from the city center, come to admire the ruins of the Palais Gallien; a former amphitheater under the Roman Empire era, when Bordeaux was called Burdigala. 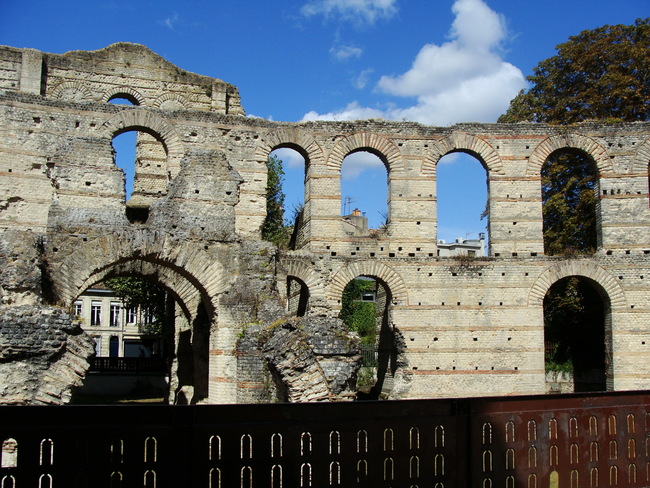 A few steps away from Saint André Cathedral, the Palais Rohan is a palace built in 1771 in the honor of Bordeaux’s archbishop, Fernand Maximilien Mériadec de Rohan. Since 1835, it’s hosted Bordeaux’s mayor and city hall offices. 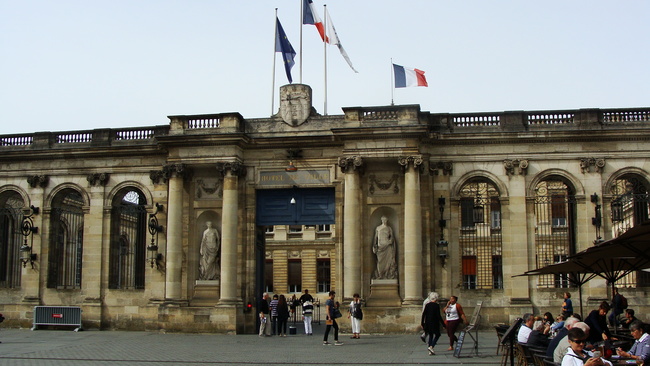 You will love walking along the quais while doing some shopping. The Quai des Marques is a selection of refined brands where you can buy high-quality products and souvenirs during your stay in Bordeaux. 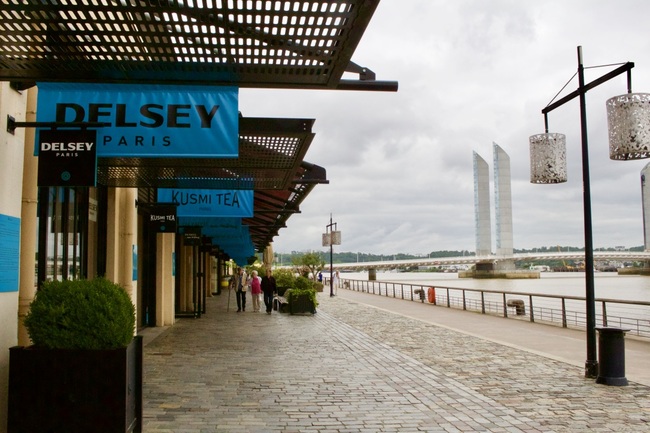 Bordeaux’s food epicenter, the Place du Parlement’s numerous excellent restaurants will delight foodies from all over the world. 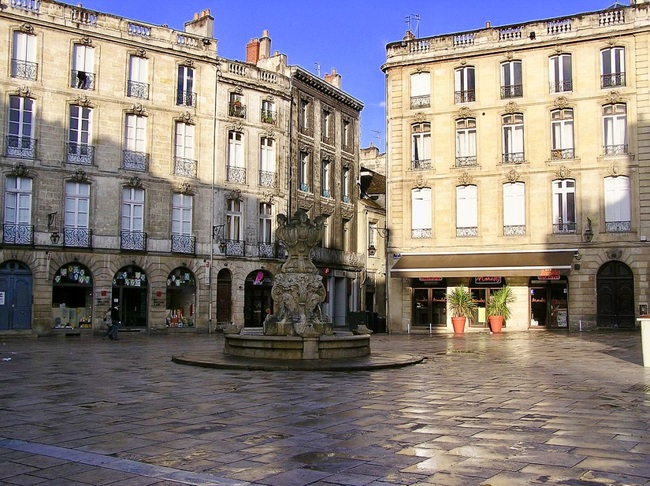 If you would like to learn more about Bordeaux’s history, make sure to stop by the Musée d’Aquitaine – close to touristic attractions such as the Saint André Cathedral and the Palais Rohan.