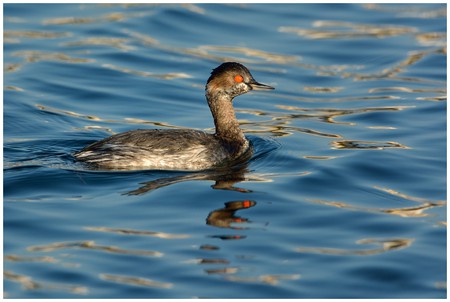 Provence is a great place to spend time birdwatching. France has more forest than any other European country, so it’s an ideal base in which to see birds that favour this habitat. Provence also has the coast of the Camargue as well as the inland desert and mountainous regions. Here’s our guide to 20 stunning birds you’ll spot in Provence and also the best places to go.

There are lots of fantastic birdwatching areas in Provence. The limestone mountains of Les Alpilles, near Saint-Rémy-de-Provence are a good spot to catch sight of Eagle Owls or Bonelli’s Eagle. La Crau is the area south of the Alpilles mountains that runs to the Mediterranean, where the rivers Durance and Rhône converge. Here, you are likely to find Little Bustards and Pin-Tailed Sandgrouses. The Camargue region has over 500 species of bird and is a good place to catch sight of them during breeding and over winter. In this region, base yourself at the nature reserve at La Capelière and get your camera ready.

The Wallcreeper is native to southern Europe and Asia but has been known to travel to England and the Netherlands. During the non-breeding season, they like to move to lower elevations and are commonly spotted in Les Baux in Provence. 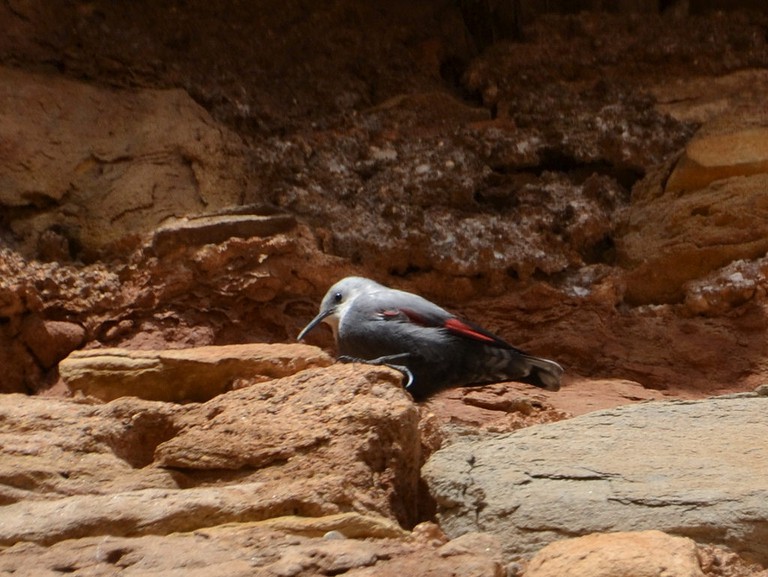 You can find Marsh Terns hiding out with the herons in the north of the Camargue region in France. 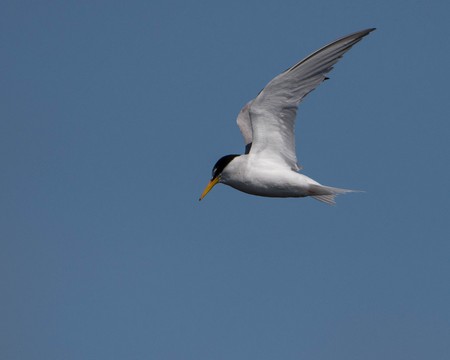 The Bonelli Eagle is a large bird of prey found across southern Europe. Interestingly, it will raise orphaned chicks of its own species, but only if the egg or chick was orphaned a few hours previously. 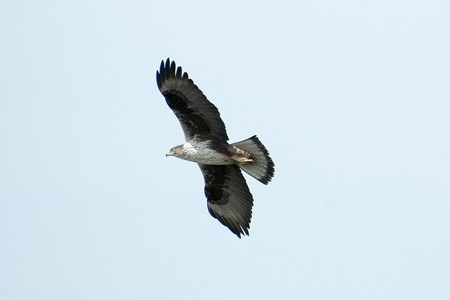 Plovers are a wide-ranging species of bird and can be found in the Camargue. 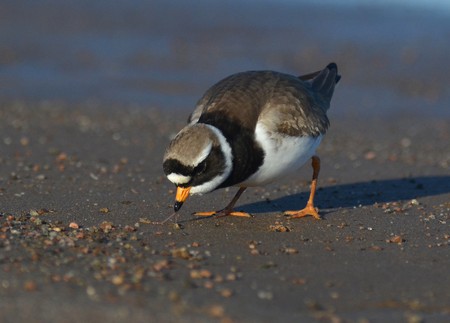 The Black-Necked Grebe is a gregarious little thing, and he likes to hang out in groups. They don’t like flying much though and will save all their flying for migration, when they go all-out and fly sometimes as much as 6,000km (3,700 miles) to get to places that other species can’t reach. You can find them in the Camargue. 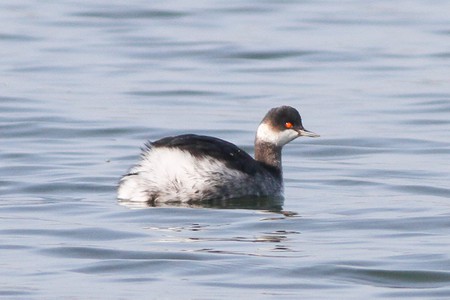 This is probably one of the most iconic birds from Provence, found in the Carmargue region. They lay a single white egg on a pile of mud and they get their pinkish colour from the organisms that they eat, so it usually appears a few years into adult life. 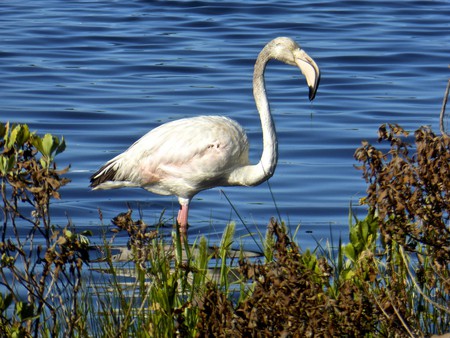 The little bustard likes open habitat and grassland. It doesn’t fly when it’s being chased or disturbed, instead it runs fast. It breeds well in France but as a whole, the species is in decline because of pressures on its habitat. They form huge flocks of up to 500 before pairing up for the mating season. 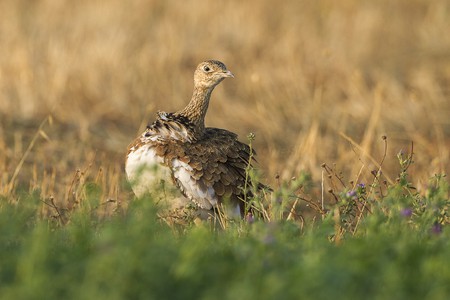 The Citril Finch comes from the latin word, “citrinus” meaning light greenish-yellow. This bird likes to be in the mountains and can be found from the Spanish Pyrenees to the French Alps. 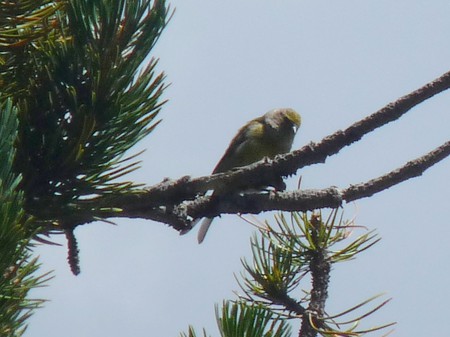 The Merlin is a bird of prey and a species of the falcon. They will fly fast and low to capture their birds and actually catch most of their prey in the air. 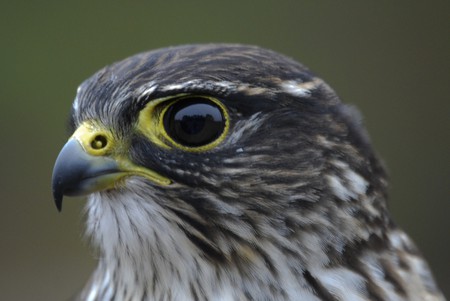 The heron is a long-legged bird that favours the coast. They have long necks and like to eat fish and small birds and amphibians. They can be found in the Camargue region. 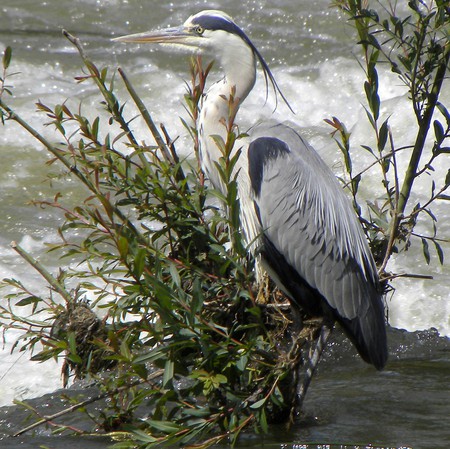 The short-toed treecreeper is a woodland bird which hops up the trees finding insects to eat as it goes. You can find these in beech and juniper forests. 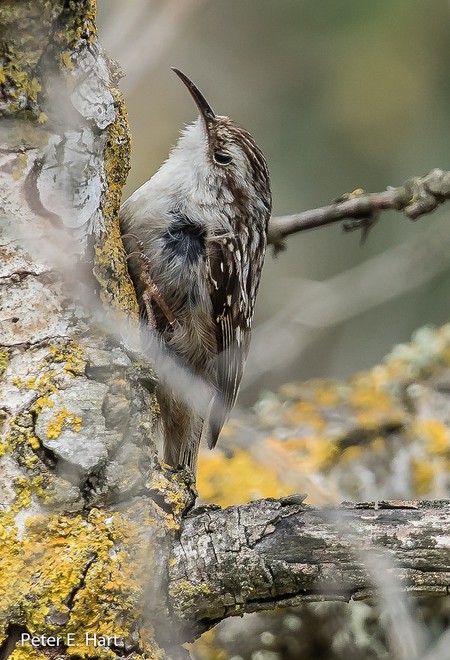 Calandra larks breed in warm Mediterranean countries. Their singing is so magical that they used to be kept as pets in cages and they were mentioned in many proverbs, such as the Italian, “canta come una calandra” – she sings like a lark. 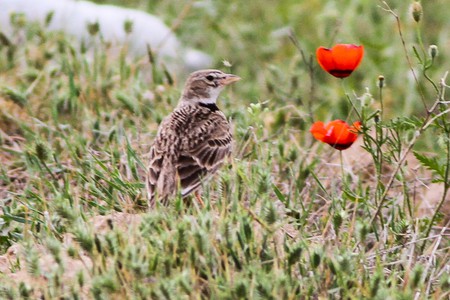 Provence is the only place that you’ll find the pin-tailed sandgrouse – around the Durance river. It breeds on open plains in dry habitats. 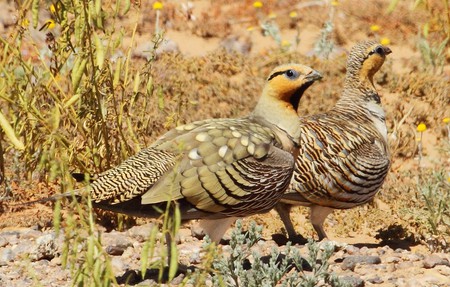 The Collared Pratincoles are wading birds that often hunt for insects, rather than feeding for them on the ground. It is migratory, spending its winters in Africa. You can see these creatures in the Camargue. 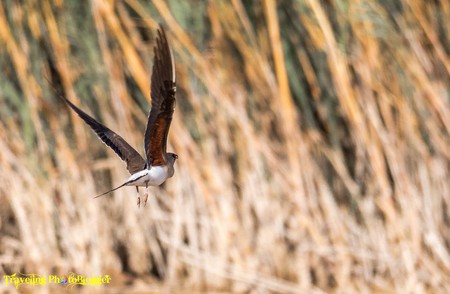 It’s rare but you can find the Richard’s Pipit in La Crau (10 have been recently counted at one sighting). These slender birds are usually solitary or found in small groups. 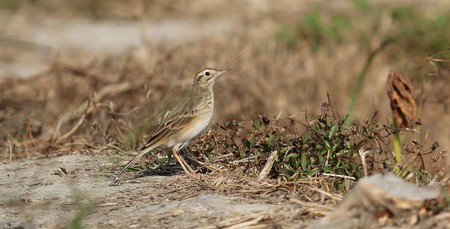 Most owls are nocturnal so they don’t come into contact with humans, but apparently one attacked a large group of people in 2015 in the Netherlands. Eagle Owls can be found in the limestone hills of Les Alpilles. 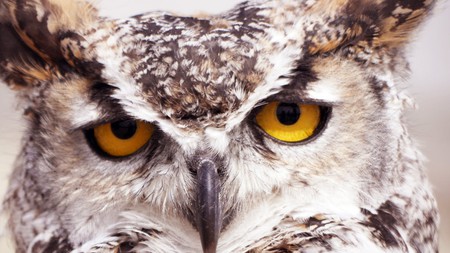 The Egyptian Vulture can also be found in Les Alpilles near Saint-Rémy. As you’d expect from a vulture, they eat the decaying flesh of other animals and they also toss pebbles at other birds’ eggs to break them open to eat. 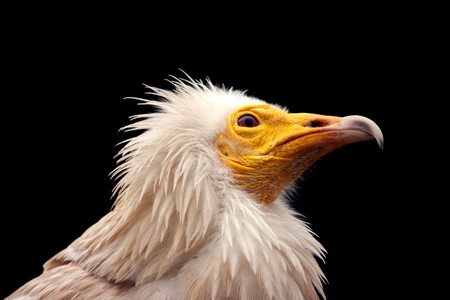 This bird is called the Roller for the acrobatics it performs while flying. It’s got a pretty wide range of habitats and a reach into India and Africa. In France, it can be found in La Crau. 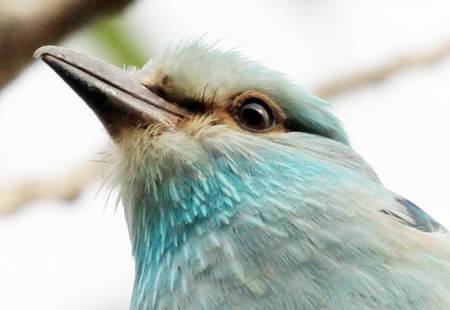 Sandpipers are waders and shore birds, eating insects out of the mud or soil. These birds can be found, particularly in migration season, in the Camargue. 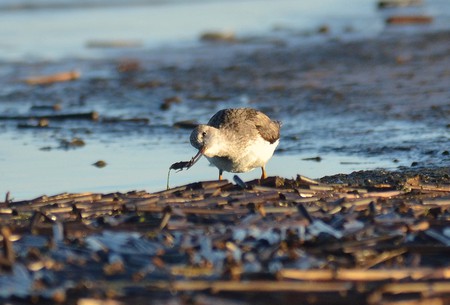 The Eagle is a bird of prey and in France, the Spotted Eagle usually likes to be in the Camargue region. 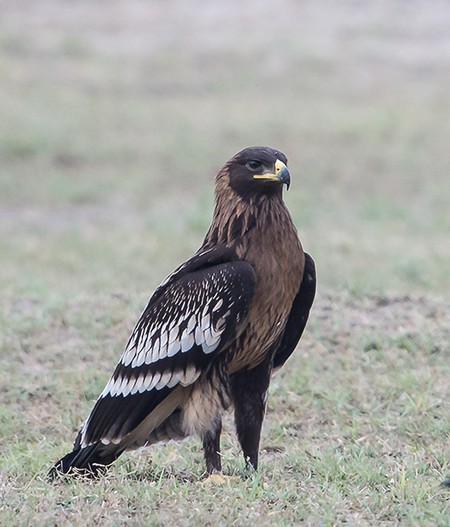 The Spotted Eagle | © Koshy Koshy/Flickr
Give us feedback