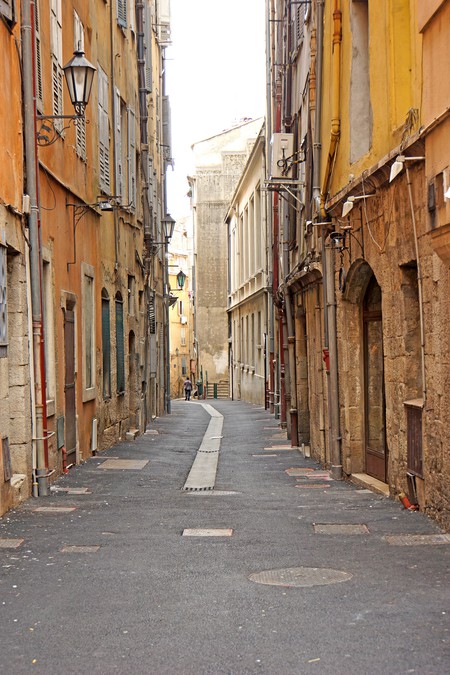 Nice is well known for its stunning, scenic coastline but it has as many architectural delights as it does natural wonders. From Roman remains to its famous Promenade des Anglais, Nice’s built environment is every bit a match for its natural one. From the distinctive Mediterranean orange roofs to the grand villas of “La Belle Époque”, these pictures show Nice at its best.

The rooftops of Nice

For many people, one of the first images of Nice that comes to mind is of the distinctive pinky-red Mediterranean rooftops that have seemingly encroached on each other as the town built up over the centuries. 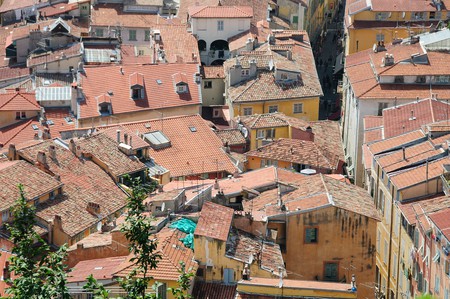 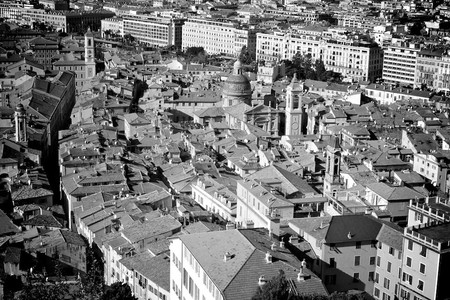 It’s probably one of the most well known seafronts in the world, stretching from the Promenade des Anglais to Villefranche-sur-mer, the next town along to the east. On the way, at La Reserve beach, this old diving platform (now supposedly out of bounds) is still used by the braver locals to cool off after a hot summer’s day. 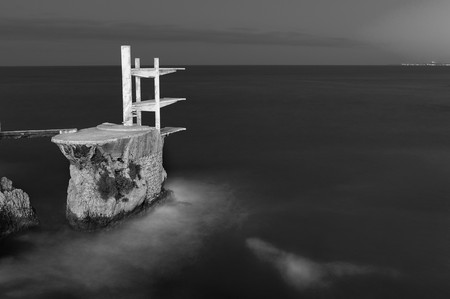 The diving board at La Reserve beach, Nice | © Thomas Leth-Olsen/Flickr 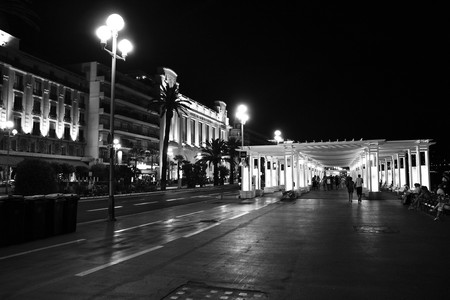 Nice’s Promenade des Anglais, one of the most famous seafronts in the world | © Altug Karakoc/Flickr 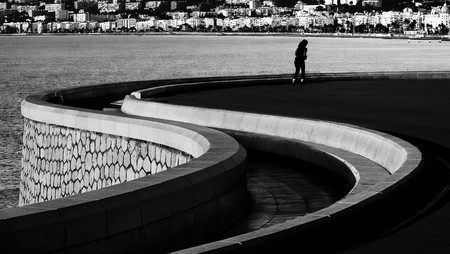 The path along the seafront at Nice | © Thomas Leth-Olsen/Flickr

The view over Nice’s Old Port is a one of the most photographed, showing the distinctive buildings gathered around the harbour. 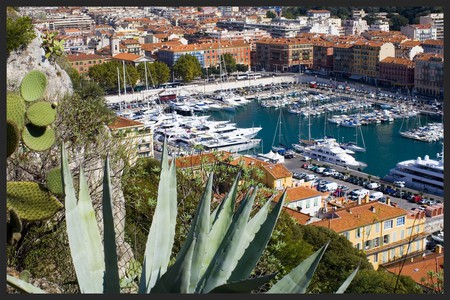 Just like the pinky rooftops above, the orange, red and pink coloured streets are synonymous with Nice. 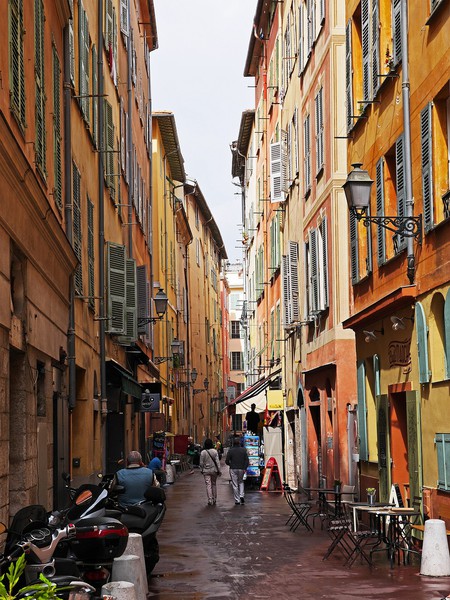 Nice is one of those cities where every public building seems to have been made for a picture postcard, whether it’s the Palais de Justice or Place Garibaldi. 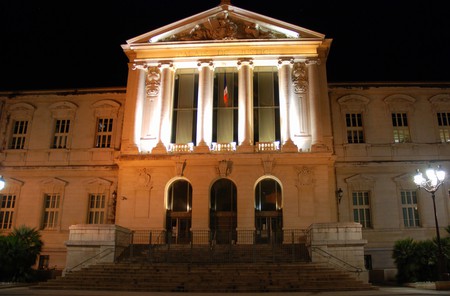 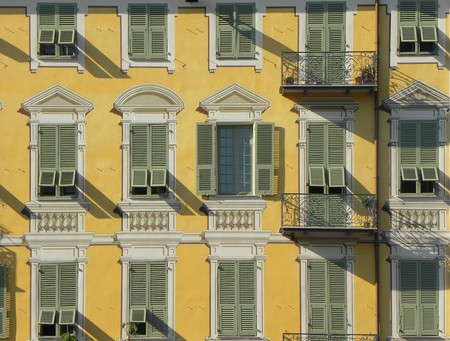 Many of today’s museums were old villas that have now been given over to public use, like the Musée Masséna on the Promenade des Anglais. 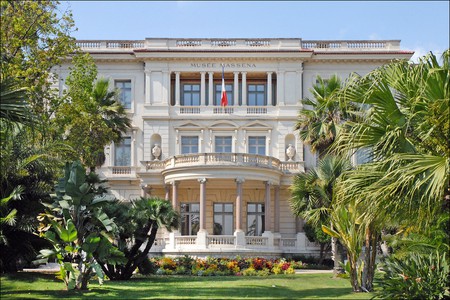 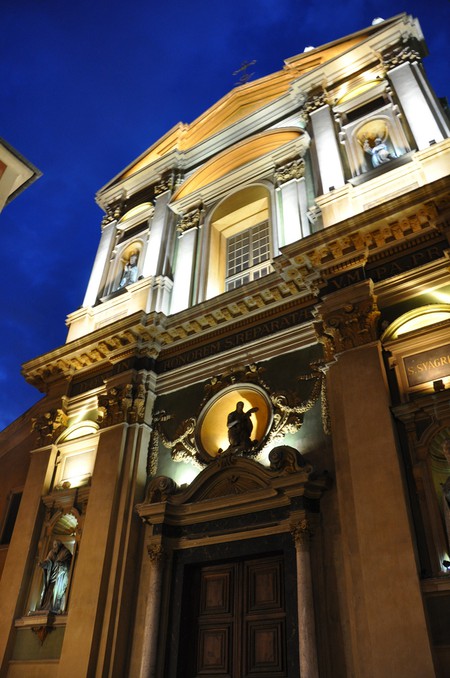 “La Belle Époque” describes the period of great political and social progress in French society before World War I and it is characterised by a distinctive style of architecture, mostly found in the hills above Old Town. Tree-lined avenues are home to grand villas and old hotels built at the end of the 19th century. 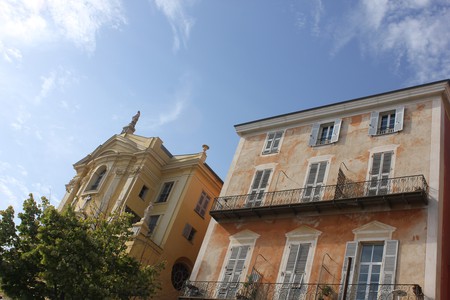 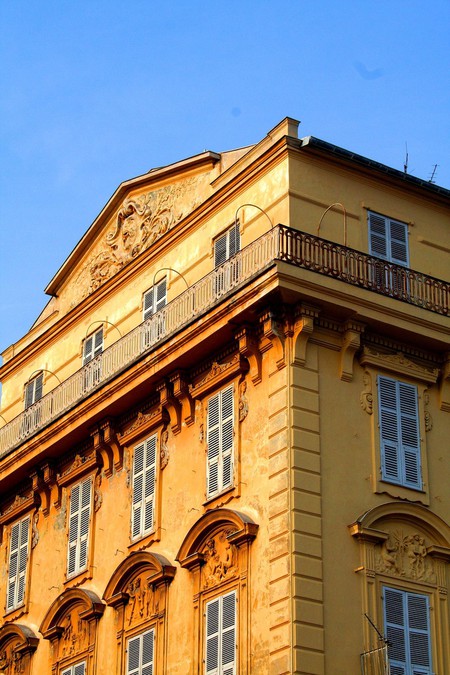 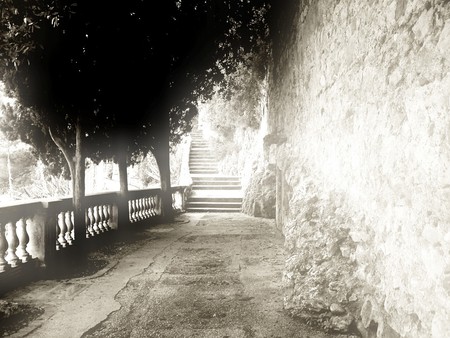 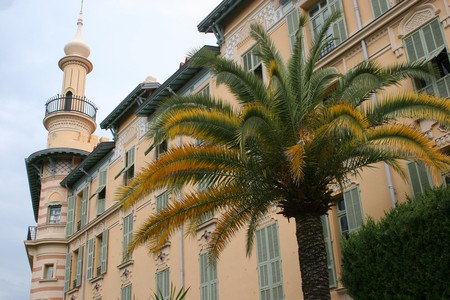 Hotels were built at the end of the 19th century to accommodate the influx of winter residents, including Queen Victoria in Cimiez | © Pixoeil/Flickr

A quick tour around Nice’s architecture would not be complete without mentioning the district of Cimiez, high in the hills above the Promenade des Anglais. It’s the site of the Roman town Cemenelum, built in the first century. 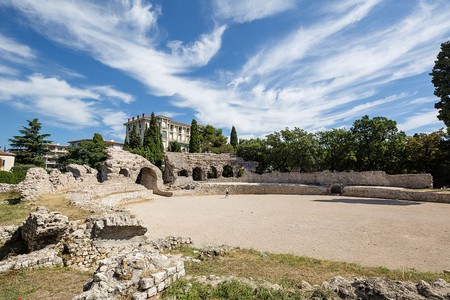 The remains of Cemenelum’s arena, amphitheatre and Roman baths are all within walking distance of the Cimiez cemetery, where painter Matisse and Raoul Dufy are both buried among the giant mausoleums of local distinguished families. 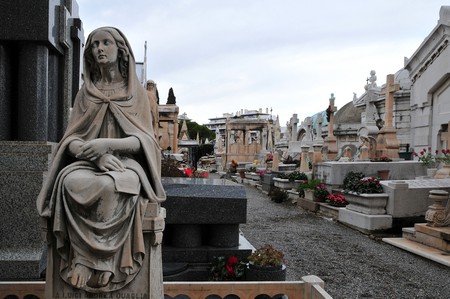 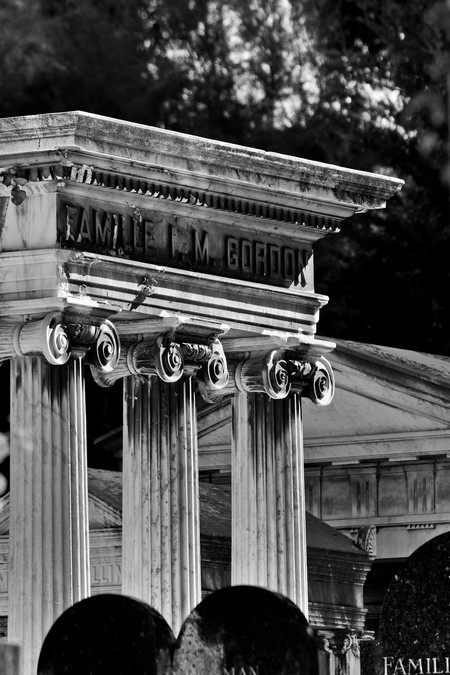