18 Photos of Alsace You'll Want to Go and Take Yourself 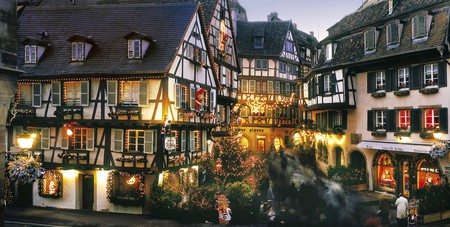 Come along with us on a pictorial tour of Alsace, with its charming villages, spectacular architecture, and quirky traditions.
The vistas in Alsace are awe-inspiring, from the enchanting medieval cities to the endless vineyards and some of the most impressive fortresses and palaces your lens will ever capture, like the imposing château near Strasbourg.

Taking to the skies is much more fun than taking photos with a drone, wouldn’t you agree? Hot air balloons regularly dot the Alsace skies in the milder weather months. 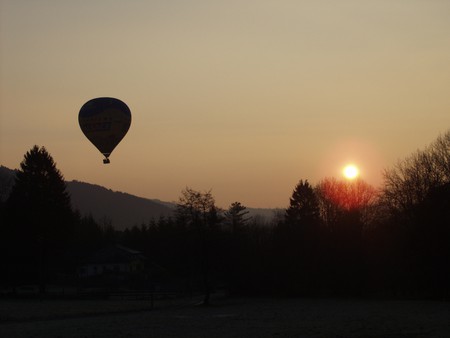 The fern-covered forests are hugely popular with hikers or randonneurs, as the French call them. There are well-marked trails for every level of fitness and expertise, including for families with children. Imagine coming upon the Cascade de Neideck on your path. Click! 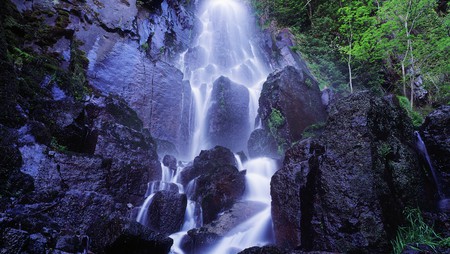 Strasbourg, the capital of Alsace, is the hub for a number of European and international institutions, including the European Parliament. Capture a moment in history.

Kayserberg was voted as France’s favourite village in 2017. Can you see why? It looks straight out of a storybook. 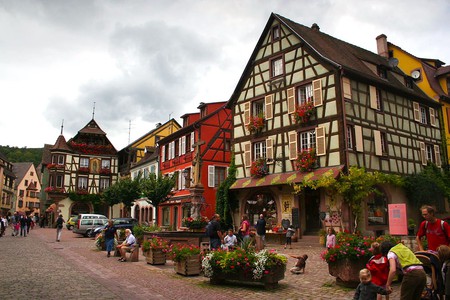 For while it was touch-and-go for the future of storks in Alsace, but now their numbers are back and in good health. You might catch a glimpse of them up in the chimneys of a village home or in the Orangerie Parc in Strasbourg. They are considered to bring good luck! 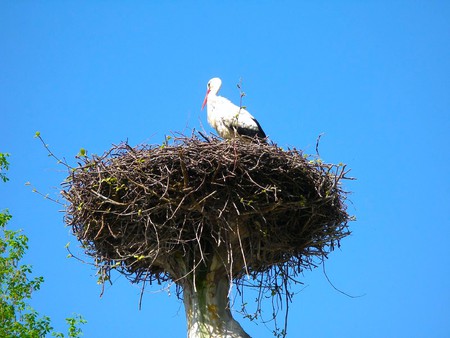 Storks are one of the symbols of Alsace

The town of Colmar is so picture-perfect that it’s a favourite subject for amateur and professional photographers. Every street and every corner is a beautiful composition. 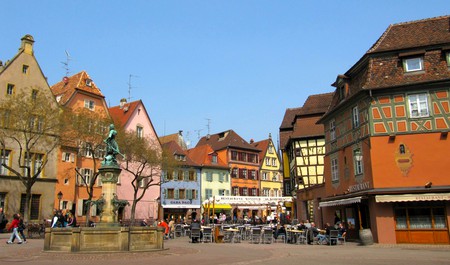 The town of Colmar is a real-life fairy tale.

Alsace is a paradise for lovers of the outdoors whatever the season, with its ever-changing landscapes and moody weather. You’ll feel like your head is in the clouds, or rather above them, when you hike up the panoramic Ballon d’Alsace. 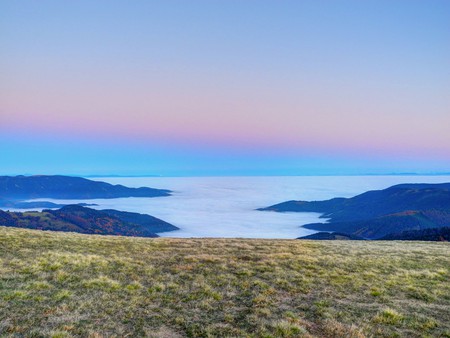 Christmas in Alsace is a month-long event; not just in Strasbourg, the famed ‘Capital of Christmas’, but in almost every town and village across the region. Simply magical.

Some of the most picturesque villages in France happen to be in Alsace. Colmar is high on the list, with its ‘Little Venice’ feel, owing to the gentle course of the Lauch river. This watery landscape looks like a painting; a study in green. 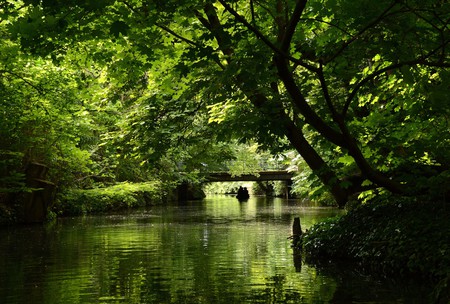 One of the most famous wine regions in the world, Alsace is known for its whites, but that’s just the beginning of the story. 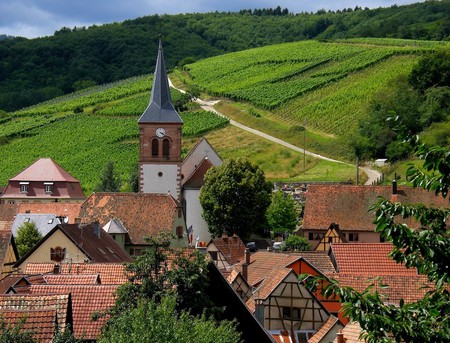 The village of Albé and the surrounding vineyards

The Munster Valley, part of the wine route of Alsace, is a land of gentle green hills combed by endless vineyards. So placid. Oh, they also happen to make a delicious cheese here. 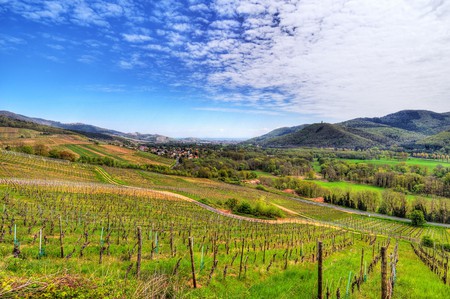 At the entrance to the Munster Valley lies the celebrated vinyeards of Tuckenheim, rolling down to the picturesque village where, from May to November, a nightwatchman still does the rounds at 10pm. 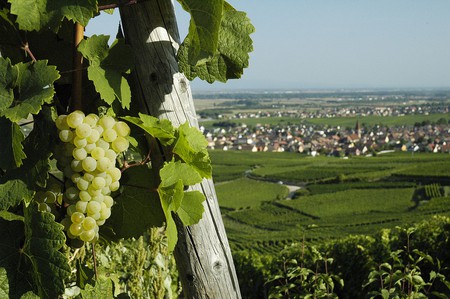 Driving, biking or hiking across the length and breadth of Alsace offers one perfect panoramic vista after another. 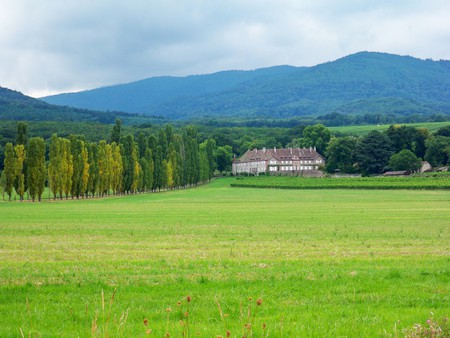 The sweeping vistas of Alsace

What makes Alsace even more photogenic is that there are four well-defined seasons. It’s hard to pick a favourite, but autumn looks pretty eye-catching. 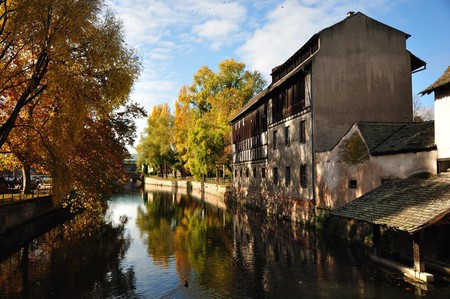 Winter – with its hearty meals by the fire, Christmas markets, vin chaud and brisk outdoor pursuits – brings that special brand of fairy tale mystique that Alsace is famous for. 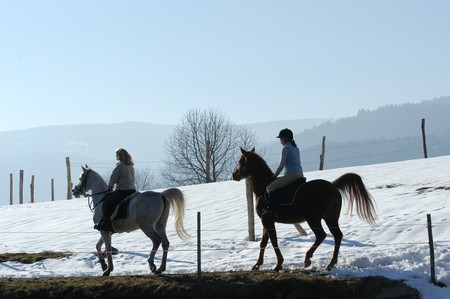 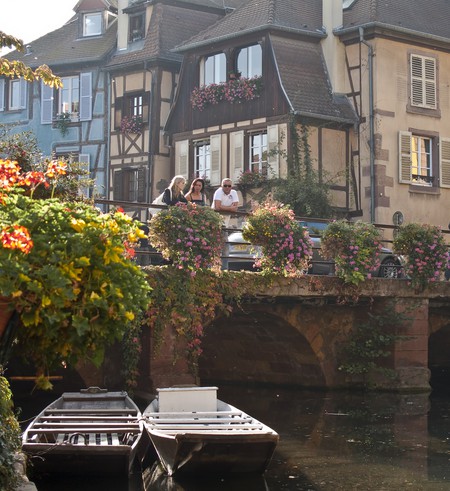 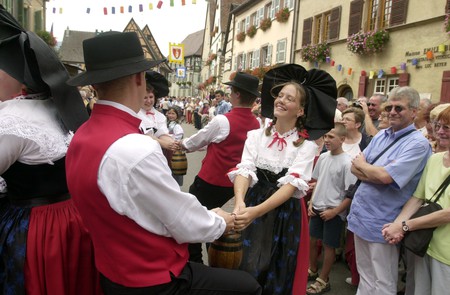 Alsatian folk dancing
Give us feedback