15 Places in Bordeaux Locals Don't Want You to Know About 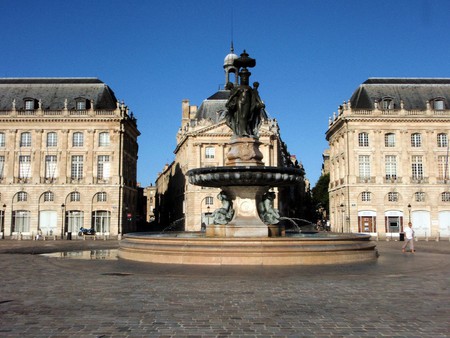 In recent years, Bordeaux has made a name for itself in the travel world, topping the ‘must visit’ lists of many renowned magazines. Although this sudden popularity is great for Bordeaux’s economy and welcomed by city officials, locals have mixed feelings about it. They don’t mind seeing tourists at the most-visited attractions within the city, but many are reluctant to share their hidden gems. However, Culture Trip has managed to uncover a fair few—and it’s time to let you in on the secret.

Sitting with friends and an apéro is definitively a favorite pastime of Bordeaux locals. Even better is when they can do it somewhere low-key – somewhere that they feel comfortable. La Guinguette Chez Alriq provides exactly that. This open air, unique venue sits on the banks of the River Garonne and has a typical bistro atmosphere. One of the perks of this place is that you can listen to live bands while nibbling on some delicious tapas. Come around 7 p.m. (when it opens) because Alriq—being a victim of its own success—gets packed very quickly.

Although it’s becoming more and more popular, CanCan bar is still one of the best-kept secrets of the city. Hidden on the corner of Rue du Cerf Volant, this bar’s front door is pretty unusual. In order to get in, you have to enter through a phone booth, which eventual leads to a very animated main room. 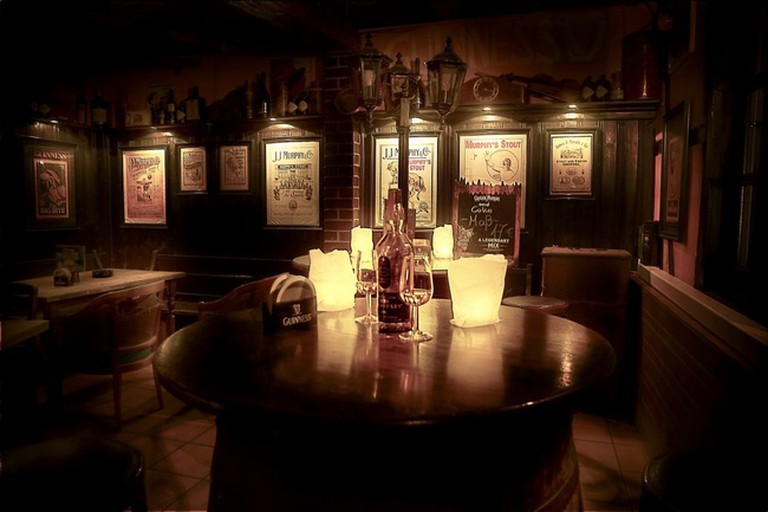 When it comes to food and drink in Bordeaux, there is much more than just wine. Among the many amazing chocolate boutiques, Hasnaâ Chocolats Grands Crus is a standout choice. Since her appearance on Masterchef, owner Hasna Ferreira has become famed for her inventive chocolate recipes.

During summer, Bordeaux locals tend to leave the city and head towards the ocean at Arcachon Bay. The incredible scenery and countless restaurants (where you can taste some of the best seafood in the world) make it a great spot to spend a relaxing few days. 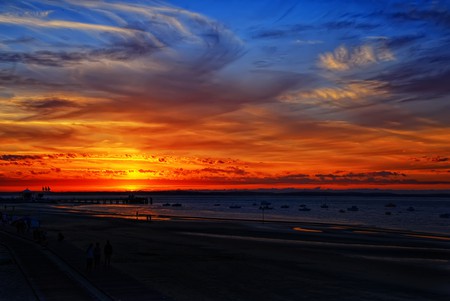 Ignored by locals for many years, the Bassin à Flots neighborhood has recently grown in popularity, and several venues here have flourished. Les vivres de l’Art is definitively one of the symbols of revival in the Bassin, with exhibitions and cultural events frequently happening throughout the year. 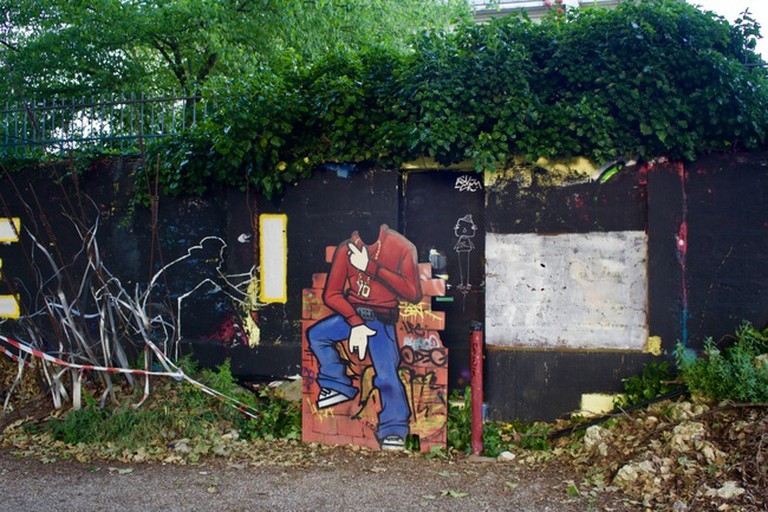 Next to Les Vivres de l’Art, La Maison PIP is not your typical brewery. The laid-back environment makes it perfect for an evening hangout, and beers loves will be very pleased with the beverages on offer. Different types of events are organized regularly, with open-air screenings and live performances being just two of the highlights. 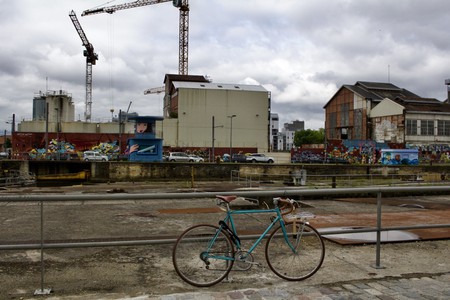 If you are tired of watching poorly written blockbusters, the Cinéma Utopia Sant-Siméon is definitively a place to check out. Showcasing an eclectic array of French and foreign films, Utopia is an ideal place to take a break. 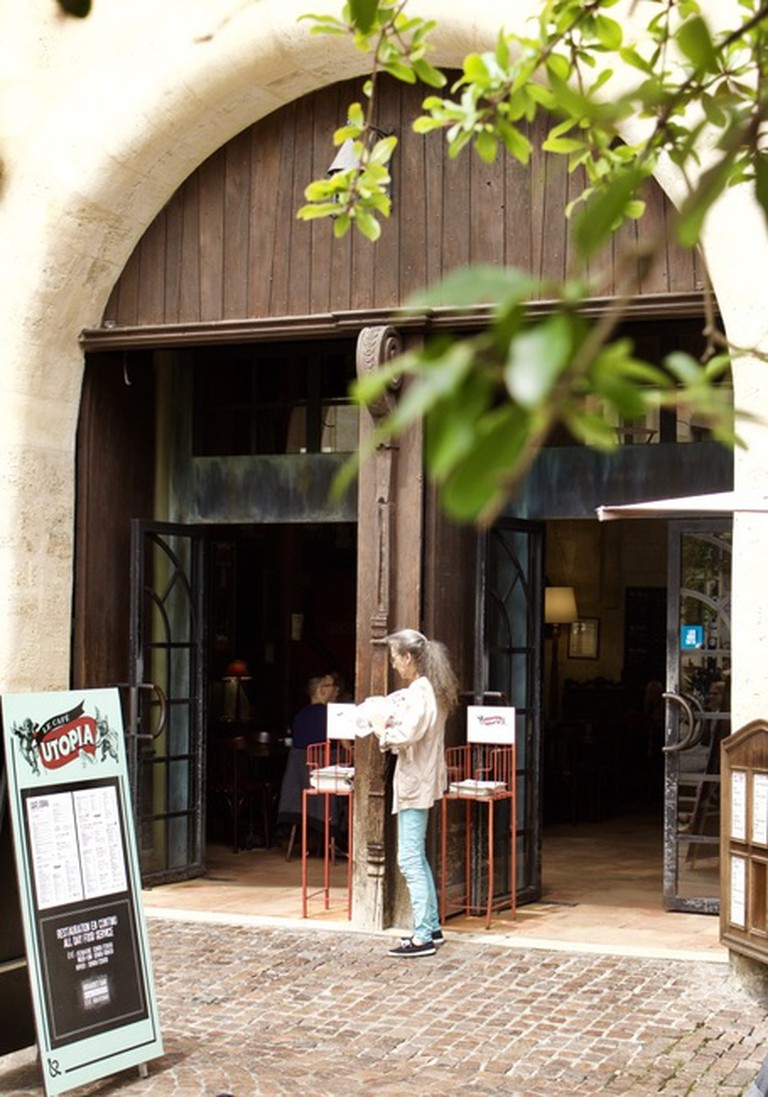 In front of the Utopia St Siméon | © Jennifer Migan

The beach is about an hour away from Bordeaux – but what if you could visit one without crossing the city limits? That’s the case with Les Chantiers de la Garonne, a nautical-themed restaurant (complete with sandpit) located just few steps from Darwin Eco-système—a trendy hybrid that hosts a co-working space, a restaurant and open-air exhibitions, to name a few.

It’s hard to miss the impressive Grand Théâtre-Opéra National de Bordeaux building—but many ignore that there is a tea room inside Le Quatrième Mur, the opera’s restaurant. Stop off here for afternoon tea and take in the fantastic view of the Place de la Comédie.

Not everyone knows about these islands that surround Bordeaux. Embark on a night cruise and discover Patiras, a small island located in the center of the Gironde estuary. This is the perfect escapade for a night with that special someone.

Picture yourself at a romantic dinner with your partner, overlooking stunning views of the city, with lights reflecting off the Garonne river. This blissful experience is possible if you book a table at the L’Estacade, a very popular restaurant right on the water’s edge. 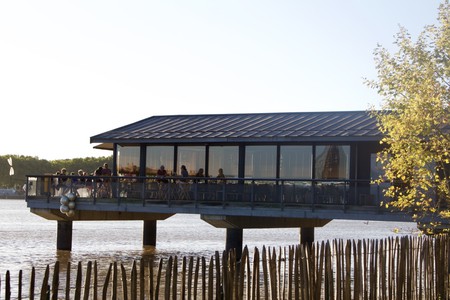 Make sure you stop to drink a cappuccino at L’Alchimiste during your trip to Bordeaux. This coffee shop in the Rue de la Vieille Tour is a true gem. Regulars praise the staff’s exceptional savoir faire (expertise) and kindness, and it is often cited as one of the best places in the city for coffee.

The rooftop café at the Contemporary Art Museum

Museum
Facebook
Email
Twitter
Pinterest
Copy link
Share
Map View
Bordeaux is known for the diversity and the quality of its museums—and the Contemporary Art Museum is no exception. After you walk through the carefully curated exhibitions, pause for a coffee break on the rooftop terrace, which offers breathtaking views across the city. Although it is currently closed, the café is scheduled to re-open in October 2017.
Open In Google Maps
7 Rue Ferrere, Bordeaux, Nouvelle-Aquitaine, 33000, France
+33556008150
Visit Website
Give us feedback

Surely the most beloved neighborhood in Bordeaux, Chartrons has a village vibe, but is close to the heart of the city. The inhabitants here are certainly attached to maintaining its low-key atmosphere and won’t be too pleased with crowds of tourists—so keep this one to yourself. 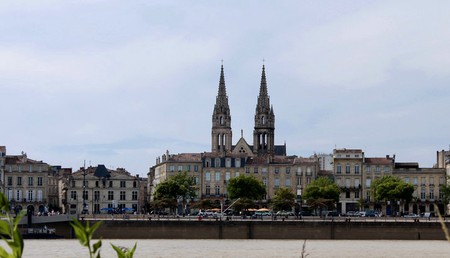 This brasserie, which has undeniable old school charm, will delight those who like to eat in an inviting, warm atmosphere. Enjoy your meal right in the middle of the vibrant Place Saint Michel—only few steps away from the magnificent St Michel Basilic.