13 Films That Depict The Fascinating Lives Of Artists 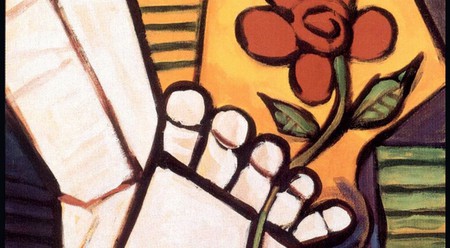 Many great artists live tortured lives, which makes for good drama. Here is a palette of painters and sculptors who truly suffered for their art.

Kirk Douglas stars as the brilliant artist Vincent van Gogh. Based on the novel of the same name by Irving Stone, the film follows van Gogh’s life, showing how he became a painter, his life during the height of his career, and, ultimately, his death. Art consumed this Dutch painter, and this movie portrays this fact beautifully. Filmed on location in France, Belgium, and the Netherlands, Lust For Life was not a success at the box office, but it did earn four Academy Award nominations with one win going to Anthony Quinn, who plays Paul Gauguin.

Charlton Heston portrays Michelangelo during the time he painted the Sistine Chapel and fought with Pope Julius II (Rex Harrison). Based on another novel by Irving Stone, the film depicts the problems the Renaissance painter had while on this particular journey, from being accused of blasphemy to becoming blind for a period of time. The film was nominated for five Oscars and two Golden Globes.

An indie film about the life of Jean-Michel Basquiat (played by Jeffrey Wright), whose works of art were imbued with social commentary. It depicts his life as a street artist (who actually lived on the streets), his discovery by Andy Warhol (David Bowie) and others, how he became an in-demand artist, and his death from a drug overdose. Other actors in the film include Benicio del Toro, Gary Oldman, Courtney Love, and Christopher Walken.

Pollock depicts the life of American abstract expressionist painter Jackson Pollock. Pollock (portrayed by Ed Harris, who also directed the film and earned a Best Actor Oscar nod) was known for his drip paintings, which have become some of the most expensive works ever sold. The movie traces his journey from struggling artist to international success and enfolds his battle with alcoholism and his death in a car crash. The movie co-star Marcia Gay Harden as his wife and fellow artist Lee Krasner – she won an Oscar for her performance – and Jennifer Connelly as Ruth, his mistress.

Drawing from her life and everything she had experienced, from a horrific accident at the age of 18 that would impact her for the rest of her life to her passionate yet tumultuous marriage to fellow artist Diego Rivera, Frida Kahlo was a truly larger-than-life personality. The movie explores not only her personal life but also her professional one. Salma Hayek beautifully portrays Frida, while Alfred Molina plays Rivera.

Séraphine de Senlis, better known as Séraphine Louis, was a middle-aged French housekeeper and self-taught artist inspired by nature, though she didn’t pick up a paintbrush until she was 41. She famously incorporated in her paintings such materials as soil and the blood of dead animals, which she found on her daily walks. Séraphine shows how she was discovered’ by German art critic Wilhelm Uhde. The movie was a critical darling and snapped up numerous awards.

Andrei Rublev was a 15th-century icon painter from Russia. Organized in eight chapters, Andrei Tarkovsky’s masterpiece focuses on various moments in turbulent 15th-century Russia and Rublev’s life during that time. It won several awards, was screened at prestigious festivals like the Cannes Film Festival, and is now featured on many lists of must-see films.

While she may forever be associated with Auguste Rodin, Camille Claudel was an excellent artist in her own right. This biopic follows her life from the moment she meets Rodin and traces their blossoming relationship, the rise of her career, and the decline of her mental health. Isabelle Adjani’s performance earned her the César for Best Actress and an Oscar nomination.

Big Eyes tells the story of Margaret Keane, an artist who went unrecognized for years because her husband, Walter, took all the credit. Directed by Tim Burton and starring Amy Adams and Christoph Waltz in the lead roles, Big Eyes follows Margaret and Walter’s lives and how it is was proven that she was, in fact, the real artist of the works depicting figures with big eyes. Adams won the Golden Globe for Best Actress in a Musical or Comedy.

Directed by Peter Watkins in his docudrama style, this biopic tells the story of the great Norwegian painter Edvard Munch. It covers a ten-year period (1884-1894) with some flashbacks thrown in, including the moment his mother dies when he is five years old. Known for his expressionist paintings, including “The Scream”, Munch led an intriguing life, some of which can be seen in the movie.

My Left Foot tells the story of Christy Brown, an Irish painter and writer who had cerebral palsy and could only use the toes of his left foot to create his work. Starring Daniel Day-Lewis in the title role, the movie is based on Brown’s autobiography and was well-received by critics and moviegoers. Some people, however, were upset that the movie ended on a happy note, as Brown’s real life did not. He married Mary Carr, an alcoholic and former prostitute, who neglected him until he choked to death. Day-Lewis won the Best Actor Oscar.

This documentary shows Picasso creating new drawings, collages, and oil paintings, most of which were destroyed because he wanted them to exist on film only. A unique glimpse into the mind of a master.

Often described as an eccentric, the English Romantic painter Joseph Mallord William Turner created indelible pieces of art depicting pre-Impressionist landscapes. Mike Leigh’s film, which stars Timothy Spall, focuses on Turner’s relationship with his father, whose death had a profound effect on him, a female servant he uses for sex, and a bed-and-breakfast proprietor with whom he develops a more intimate relationship.