Outrageously Delicious Cheeses You Must Try In France

From east to west, from north to south, France’s diverse cuisine has delighted more than one curious palate. One element of French cooking exists above all others as the crème de la crème of French gastronomy: cheese. These are the French cheeses you have to taste at least once in your life. 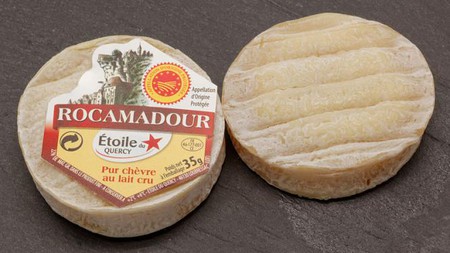 At the heart of France’s Midi-Pyrénées stands one of today’s most attractive medieval cities in the world: Rocamadour. Besides being a wonder of architecture, the town has a great reputation in France for being the home of one of its all-time favorite goat cheeses: the Cabécou de Rocamadour. Dating back to the Middle Ages, this small, creamy wonder will delight both cheese-lovers and curious tasters. This cheese has a lighter flavor than most of its goat cheese comrades. It’s best served on piece of baguette with a fresh glass of white Chablis on the side. 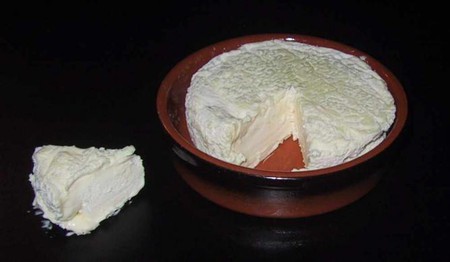 A close cousin of the Saint Marcellin, the Saint Félicien first saw the light in the dauphinoise area of Lyon. The origin of its name is that of the cheesemonger it was born in. Although it was traditionally made with goat milk, it is now mostly made out of unpasteurized full cow milk. One of the creamiest cheeses on the market, the Saint Félicien’s moistness is best balanced by a glass of dry red wine from the same region, such as a Crozes-Hermitage rouge. This will bring to the buttery and nutty cheese a dryer and fruitier taste. 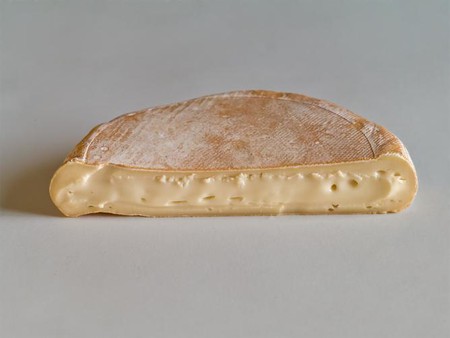 Originally from the Haute-Savoie, this cheese, made with unpasteurized cow’s milk, has brought joy to both farmers and the French bourgeoisie since the 13th century. A product of the Massif des Bornes, it is famous for being used in many winter cheese recipes such as fondue. Soft but not too creamy, the reblochon has a slight, particularly enjoyable scent of the cellar and a mild, fruity taste, with an intense nutty aftertaste. It’s served best on white pain de campagne with a glass of Roussette-de-Savoie Blanc. 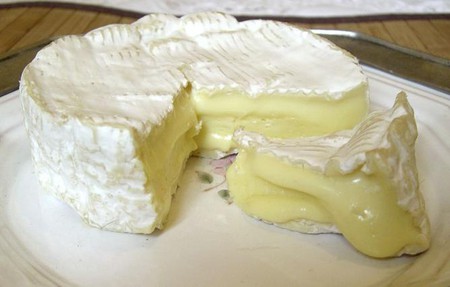 Who does not know of the smelly, most famous creamy French cheese, the Camembert? Originally from the village of Camembert in Normandy, it was first sold in the 18th century by a young farmer named Marie Harel. Although it is nowadays a worldwide delicacy, very few people have actually tasted the original, unpasteurized, buttery Camembert de Normandie. Yet, with a glass of Gamay d’Anjou or roasted in the oven, it will delight anyone. 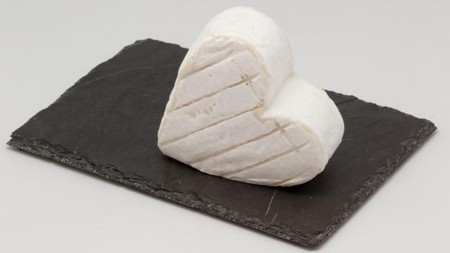 Some women bake pies, others serve candy… but in France, cheese is the way to a man’s heart. The Neufchâtel is a heart-shaped cow milk cheese originally from the Pays de Bray. It has been made ever since the 7th century. Legend says that in the 10th century, French girls of the region offered it to English soldiers in order to profess their love. Although not a tradition anymore, one can see why the nutty taste of such a cream paste would seduce – especially when served with a red Saint-Nicolas-de-Bourgeuil. 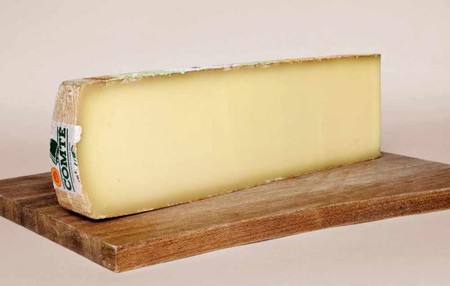 The famous dry cheese from the French Comté has known how to conquer the world market since its creation in the early Middle Ages. However, very few know that Comté is, as one would say, like revenge: best served cold or rather, old. Indeed, as the cheese ages, the taste only gets stronger, allowing for a saltier and nuttier aftertaste. This taste will only get better if eaten on a toasted fig whole wheat bread and with a glass of Alsace Grand Cru Riesling on the side, a powerful well-rounded white wine. 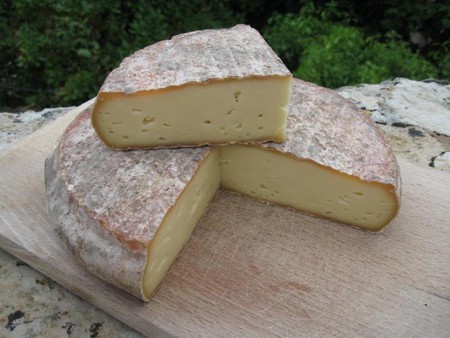 Louis XIV was known to gather around him the best of all – best artists, best paintings, and, of course, the best of French gastronomy. The Saint-Nectaire was one of Louis XIV’s favorite cheeses. The Saint-Nectaire originated during the 17th century in the Cantal region of France and was created by female farmers. It was first called rye cheese before inheriting the name of Saint-Nectaire. Its slightly woody and nutty taste and unctuous texture make it the ideal companion of a slice of white bread with a red Bordeaux in hand. 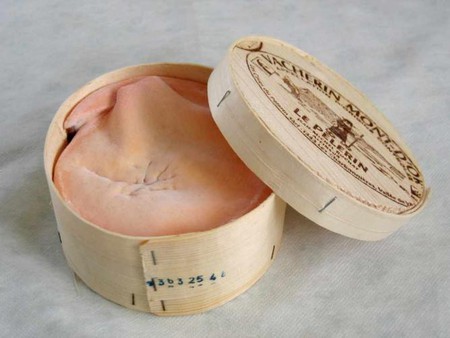 The Mont D’or is one of those cheeses that could be called ‘deadly delicious.’ Made in the Franche-Comté with unpasteurized cow milk in 1280, its texture is unctuous and soft, underlining its light woody and nutty taste. While its size and bottom are wrapped in wet pine shavings, the most remarkable thing about this delightful cheese is that eating its crust is among one of the deadliest things one could do. Although conservation processes are now regulated in order for it to be safer, it is still recommended to shove it on the side before diving it with a spoon, like one ought to. 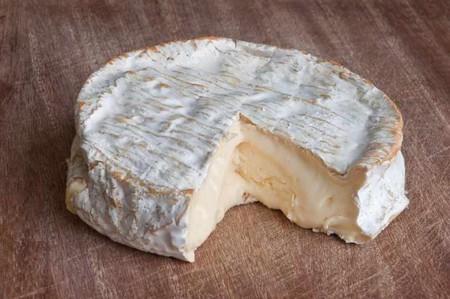 Searching for a tastier and more interesting Brie? Try the Coulommiers. From the Seine et Marne region, its production has been recorded since the early Middle Ages in the village that gave it its name. Like its cousin the Brie, the Coulommiers has a soft yet compact texture, with a lighter taste than the Camembert. This makes it perfect for eating with onion marmalade, like the French often do, after a light dinner with a glass of red Saint-Émilion. 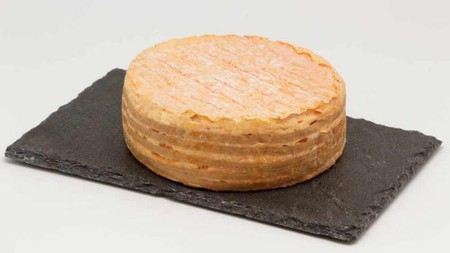 The Livarot, like many other cheeses, takes its name from its birthplace: Livarot, a town in Normandy. It is a soft, pungent, washed rind cheese made from cow’s milk. It has earned its reputation as the commander of cheeses not only because of the three strings of wood surrounding its crust, but also thanks to its popularity among nobles in the late 17th century. This cheese is best with a glass of red Saumur from the Loire region and some steamy toasted baguette. 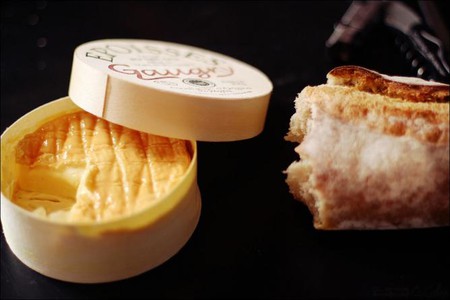 Epoisses and bread I | © Roumpf / WikiCommons

A real Frenchman knows that Camembert is not the smelliest of all cheeses – quite far from it. In the Côte-D’Or, in France’s Bourgogne region, a cheese called Epoisses was created in the 16th century. It has the reputation of having one of the strongest smells one could ever find. With an orange appearance and a soft, moist inner paste, it matures and is later preserved in a wooden box. One of Louis XIV‘s favorite cheeses, it is as creamy as a Mont D’or and as tasty as a Camembert – and best served with the right glass of Chablis Grand Cru. 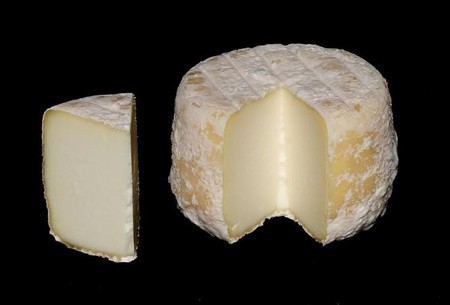 This little goat cheese from the Cher is – despite its unappealing name – far from the smelliest and the strongest in taste. And yet, its small and dried features make for one of the most interesting French cheeses to have in the summer. Far from fresh cheeses such as the Italian mozzarella, it is very famous for being the star ingredient of France’s very famous Goat Cheese Salad. Since the 16th century, it has lightened the plates of more than one cheese enthusiast. Highly recommended is consuming it alongside a glass of Bourgogne Hautes Côtes de Beaune blanc.