11 of the Most Romantic Towns to Visit in France 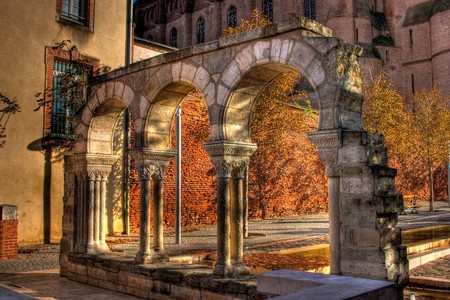 With a capital like Paris, it’s really no wonder that France is scattered with gorgeous towns perfect for romantic getaways. Here is Culture Trip’s pick of the best 11, from Normandy’s dramatic coastline to the glittering French Riviera.

Hilltop towns don’t get more charming or alluring than Èze. With a view of the Mediterranean that you could stare at for days and colourful facades flanking pretty cobbled streets, it is surely one of the most romantic pockets of France. It helps that you can stay in one of the country’s most romantic, ornate hotels here, too: Château Eza. 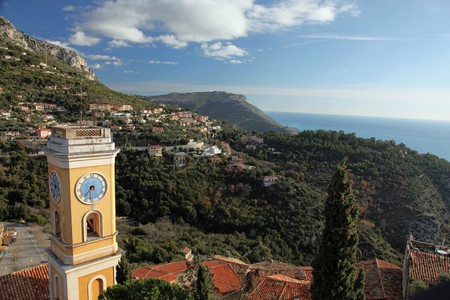 Mont Saint-Michel had to make the list: this island village looks like it’s been plucked straight from a fairy tale. One of the best – and most romantic – views the UNESCO World Heritage site has to offer is from the approach, the jetty walk. 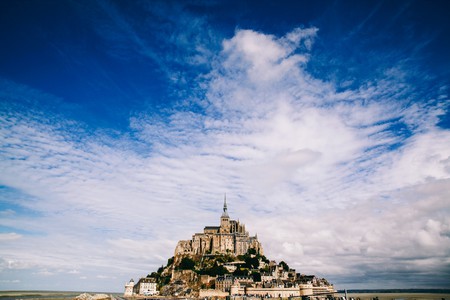 The alpine town of Annecy lies east of Lyon, in southeastern France, and at the head of Lac d’Annecy. Here, the Alps provide a magical backdrop to one of the prettiest old towns in France. Canals weave their way through its center and, with colourful buildings looking down onto the pathways and bridges, it’s easy to see why it’s known as ‘the Venice of France’. A truly romantic town. 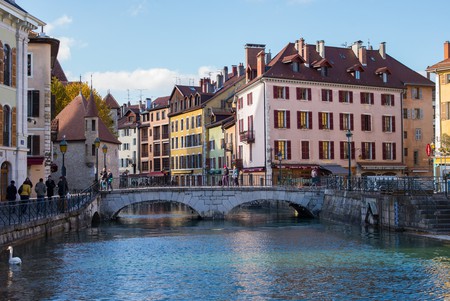 The mesmerising village of Roussillon could only be found in Provence, and it’s no surprise that it finds itself listed as one of France’s most beautiful villages time and time again. Its ochre-coloured streets are perfect for ambling, hand in hand, with the Mediterranean sun almost always high in the sky and the café tables full of great food and local wine almost all year round. 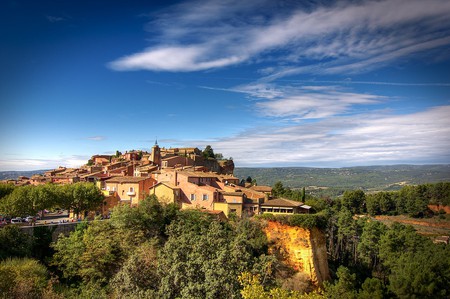 The Loire Valley is home to handfuls of romantic towns and villages, but Blois has to be a favourite. It’s a hillside city, offering incredible views over the Loire River, with its royal château punctuating the sky. From here, it’s less than a 30-minute drive to Château de Chambord, arguably the most romantic château in France. 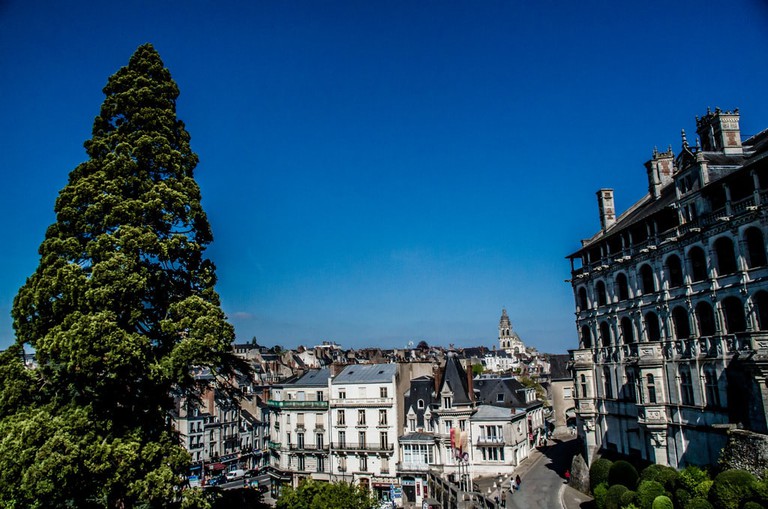 The harbour town of Cassis is a pure delight. Just a stone’s throw from Marseille and situated on the edge of the Calanques National Park, you couldn’t ask for a prettier or more romantic town to explore. Its harbour-side restaurants, picturesque pebble beach and long, sunny Mediterranean days are the perfect foundation for romance. 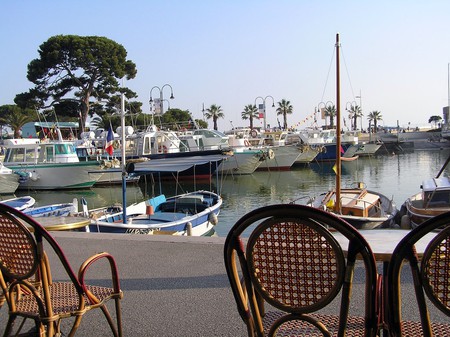 The medieval city of Albi, not far from Toulouse, is known as the ‘red town’ thanks to its brick foundations. Its imposing Cathedral Sainte Cécile is just one of the monuments listed as a UNESCO World Heritage site and its scale is really breathtaking. The bridges and pretty, protected streets and incredible views combine to make it the most romantic of destinations. 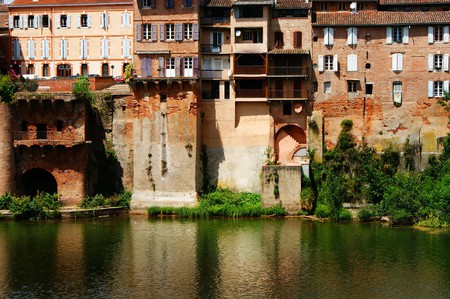 The town of Josselin is super romantic for two reasons. Firstly, its 12th-century château, perched on the River Oust, is a real fairy-tale castle and one that seems almost out of place on the edge of the quaint town. Secondly, the market town itself is just gorgeous, with sweet squares and small cafés that are tailor-made for two. 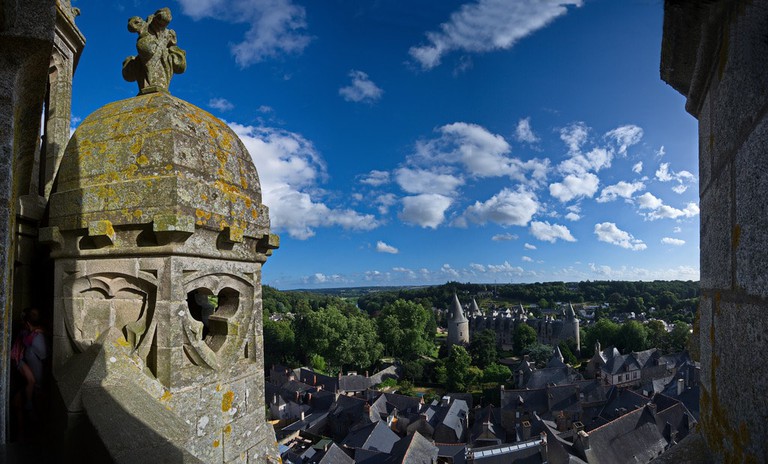 You can find the quaint port town of Saint-Martin-de-Ré on the island Île de Ré, just off the coast of France from the city of La Rochelle. It manages to retain its charm while still providing all the facilities you’d need on a romantic break, from cycle paths for exploring to harbour-side eateries for late-night dinners for two. 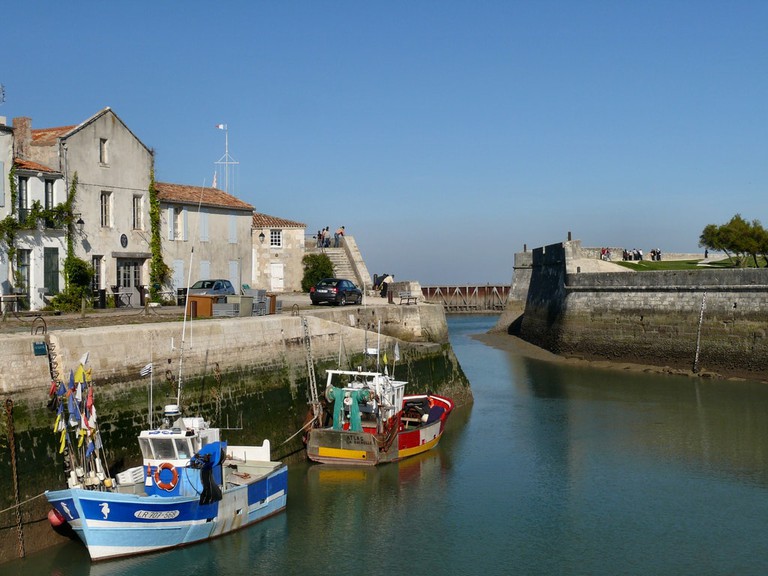 In a list of France’s most romantic towns, it would be impossible not to include Étretat on the coast of Normandy. Here, you’ll find some of the most striking cliff faces and rock formations in Europe, including the famous L’Aiguille (the Needle). The best way to explore is to get onto one of the many coastal paths and hike: the views are incredible, not to mention romantic. 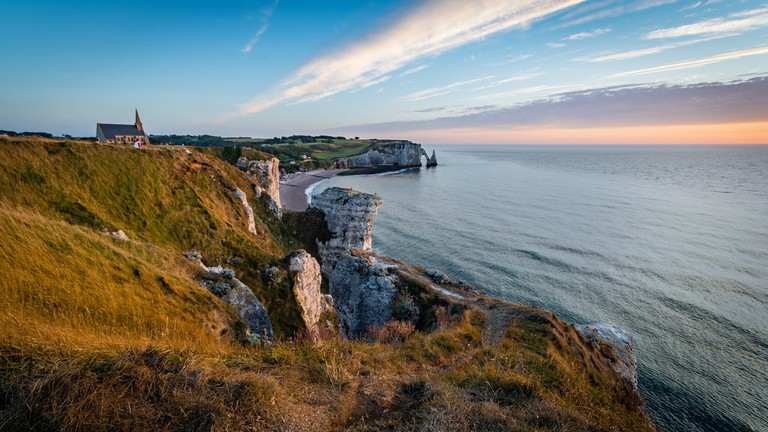 You’re sure to fall in love with Aix-en-Provence. Every street and every square seems to be more attractive than the last, making it an ideal city to explore on foot, with your loved one, stopping at cafés every couple of hours. Be sure to visit the Pavillon de Vendôme and pause for an aperitif in bustling Place des Cardeurs. 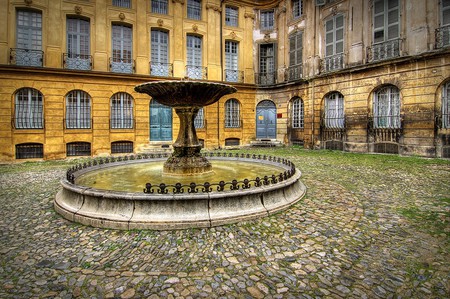