11 Reasons Why Everyone Should Visit Ardèche, France 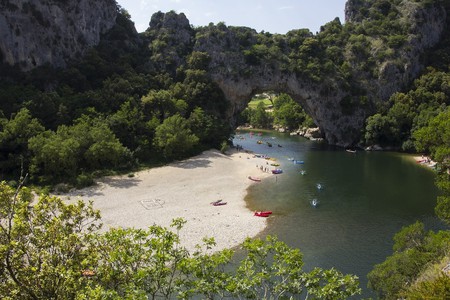 Majestic caves, dizzying waterfalls, delicious food and more. Ardèche, a tranquil départment in the Rhône-Alpes region, has all the benefits of the more popular areas of Southern France without the tourist crowds. Here are the best ways to explore the region.

If you’re an adventure enthusiast, one of the wildest things you can do in France is canoe or kayak down the Ardèche River. Undertake the river’s sharp turns and raging rapids, while surrounded by exquisite landscapes. Alternatively, rock climb at the Cirque Des Gens, one of the largest rock climbing areas in Ardèche, or do a spot of wild swimming. Although less renowned, the Gorges du Chassezac also makes a great location for canoeing away from the crowds. Mountain biking over the rolling hills at Monts d’Ardèche Regional Natural Park is also popular. 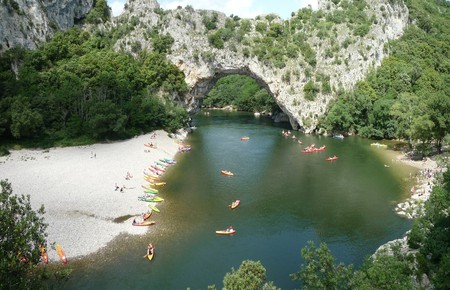 Kayaking on the Ardèche River under the Pont d'Arc | © MJO / Pixabay

Ardèche holds some of Europe’s greatest natural architecture. While embarking upon the labyrinths of the Ardèche River admire the iconic Pont D’Arc, a 66-metre-long natural stone bridge, listed as part of France’s protected natural heritage in 1982. Beyond the gorges, the Cascade du Ray-Pic is a remarkable two-part waterfall at Pereyres, classified as an outstanding natural site in 1931, and the mythical Païolive Wood in the Ardèche Cévennes is a forest of rocks within a durmast oak wood, creating a natural labyrinth of cliffs, towers and arches.

At a height of 1,551 metres, the peak of Mont Gerbier-de-Jonc offers a breathtaking view, worth the 30-minute trek upwards. An extinct volcano with a dramatic shape, it is the source of the River Loire, and the second most-visited natural highlight in the départment following the Gorges de l’Ardèche. The perfect location to watch the sunrise and a must-visit place to admire the scenes of the Alps, Les Boutières, the Rhône Valley and the Cévennes. 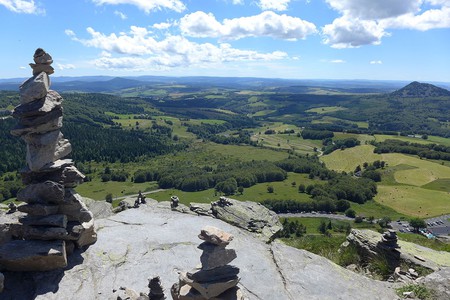 From rolling hills to forests, from dramatic gorges to protected nature reserves, Ardèche is home to an array of Mediterranean flora and fauna, with over 2,000 plant species. The gorges of Ardèche contain an abundance of wildlife, including birds of prey, such as vultures, eagles, falcons, and other animal species, such as otters, beavers and lizards. The départment also homes no less than 18 species of bats, as well as wild boar, deer, and the nocturnal caged cat.

Soak in a wealth of art, history and culture

For those interested in art and culture, Ardèche does not disappoint. The départment is populated with castles, such as the 12th-century Château de Crussol, overlooking the Rhône Valley, and the historically renowned Château de Vogüe. Ardèche is also home to the world’s oldest art gallery; the Pont d’Arc Cavern is famed for containing the world’s earliest known cave paintings, dating back 30,000 years. Although inaccessible to the public, the Caverne du Pont d’Arc Museum opened in 2015 as a replica of the art. Other popular museums include the Natural History Museum, and the Lavender Museum and distillery. 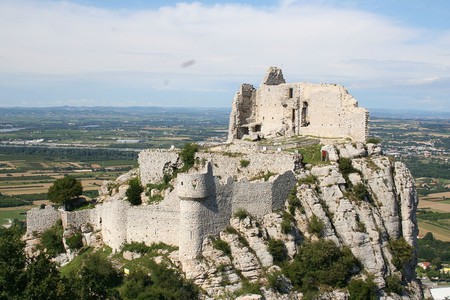 Taste the marvellous cuisine and gastronomy

At the heart of Ardèche is the chestnut, yielding 50% of French national production. The Chestnut Grove Museum in Joyeuse explores the impact of this cherished fruit. Crème de marrons and marrons glacés are the sweetest chestnuts to be tried – the capital town of Privas is the best place for this. On the other hand, the potato is at the heart of two typical Ardèche dishes, the crique (a flat cake) and the bombine (a casserole style dish). Popular cuisine includes pork, especially pâté and ham, Picodon, a goat’s cheese, and, for desert, the French countryside’s very own summer berries.

Wander the streets of Ancient and Medieval stone villages

Ardèche is home not only to natural wonders, but also historical attractions. Scattered across Ardèche are numerous stone villages from the Ancient and Medieval world – the Ardèche Tourist Board have compiled a list of ‘Villages with Outstanding Character’, including Saint-Montan, boasting Ancient streets and an extensive Medieval castle, Alba-la-Romaine, hosting a market and beautiful architecture, and Jaujac, a village of volcanic history, with three castles. 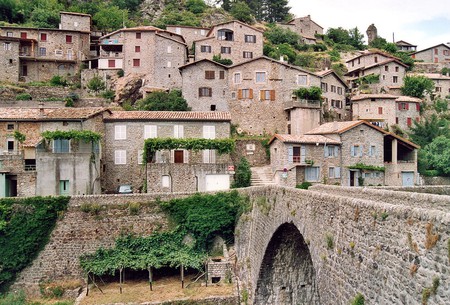 Add some class to your adventure

For wine lovers, grapes are one of the most important crops in Ardèche. In the north of the départment lies ‘Green Ardèche’, populated with valleys and the vineyards of Saint-Joseph, Cornas and Saint Péray. Saint Joseph’s terraced vineyards, in particular, provide awe-inspiring views over Rhône. Indulge in some wine tourism on a guided vineyard walk or even an electric bike or segway tour.

If you are not into a wet and wild adventure, but the Ardèche River is top of your list, driving the 36km route of the Gorges between Vallon-Pont-d’Arc and Saint Martin-d’Ardèche makes a beautiful and scenic road trip with 13 lookout points located along the roadside, offering breathtaking views of the Canyon and River. The Balcon Templiers-South viewpoint gives a magnificent view of the south side of the Cirque de la Madeleine, the deep, looping end of an oxbow in the Ardèche river. Alternatively, take the high road by foot or bike. 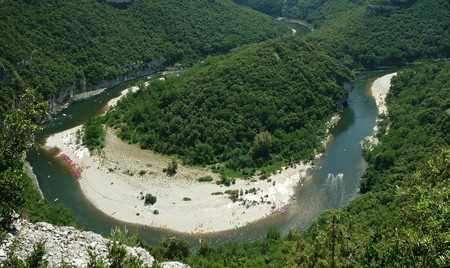 Relax without a care

While some may choose to give themselves an adrenaline rush canoeing through the gorges, the riverside beaches provide the perfect spot to soak up the sun and relax. The départment is also home to three luxury spa towns, renowned for their healing effects. Neyrac-les-Bains contains volcanic springs, Saint-Laurent-les-Bains hosts France’s hottest spring at 53 degrees Celsius, along with baths of white mud, and Vals-les-Bains offers the complete opposite with a cold spring at just 13 degrees Celsius.

Explore the darker regions of the départment

Beyond its outstanding daylight attractions, the darker depths of Ardèche are a reason to visit. Ardèche’s natural beauty ventures into numerous impressive caves and caverns. Bigger and better than usual caves of stalagmites and stalactites, the Madeleine Cave’s music and light show creates a dramatic atmosphere within the incredible chambers of rock formations, natural baths and pure white columns. Similarly, the Grotte de Saint-Marcel-d’Ardèche boasts giant chambers, cathedrals and a unique cascade of rimstones, once again with striking sounds and lights, as well as oak barrels of aging wine. 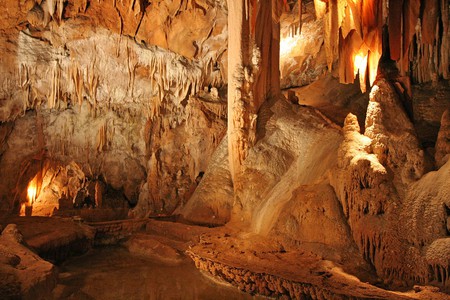