11 Of The Cruelest Tyrants From History

As a historical figure you can either be famous or infamous. The characters below can arguably fall into either camp – they were leaders after all – but they will certainly be remembered more for the bad than for the good. We are really spoiled for choice when it comes to cruel tyrants in the 20th century, so here are 11 of the cruelest tyrants from over 100 years ago. 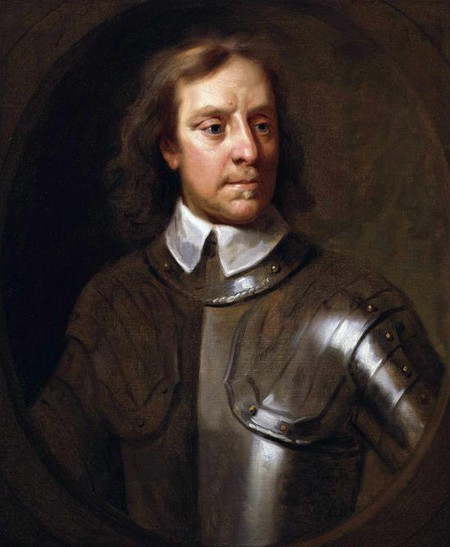 We will start the list with one of history’s oldest, cruelest and most unpredictable tyrants. Caligula ruled from 37AD to 41AD, and in these four short years he restored treason trials, causing the death of many. Records show that the first six months of his reign were quite moderate, but after this, he worked manically to increase the unconstrained power of the emperor, attained new lands – both for himself and for the Empire – and led a campaign of sadism, extravagance and sexual perversity for the remaining three and a half years of his reign. He was murdered at the Palatine Games, which seems to be a point to karma.

Enver Pasha began his career as a Turkish military officer before rising to power, leading the Ottoman Empire in both Balkan Wars and the First World War. His army suffered a harsh loss at the Battle of Sarikamish, and this prompted his systematic destruction of Armenia, having chosen the Armenians as the scapegoats for his defeat. The term ‘genocide’ was created to describe this event, and the 2.5 million deaths are a testament to his evil. Arguably more impressive, however, was the cover up of the event by many of the history books of the 20th century. Say what you will about the Kardashians, but they have done quite a bit to bring attention to the Armenian genocide.

‘The grass is always greener on the other side.’ Oliver Cromwell led the Roundheads to victory over the Royalists in the English Civil War, and was one of the signatories of King Charles I’s death warrant in 1649; this was just the start of his autocratic behavior. History has not been kind to one of Britain’s few non-Royal leaders in nearly two millennia, with Cromwell being widely regarded as a regicidal military dictator by many. His treatment of the Scottish and Irish Catholics is particularly derided. His religious rulings were highly controlling, and led to death tolls in genocidal numbers. Plus, he will forever be remembered as the man who took Christmas. 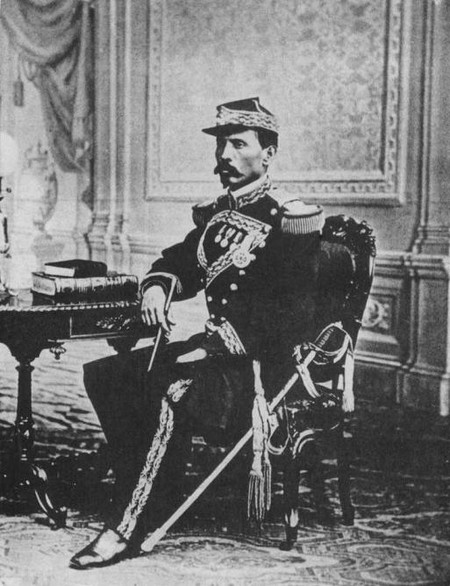 Once seeming to be the great liberator of Mexico, Porfirio Díaz quickly proved himself to be an authoritarian who ruled with an iron fist, albeit for an impressive 27 years. As is often the case with dictators – and really, this is quite a truism – their main focus is on themselves rather than of the people that they are ruling over. Díaz took control of Mexico from Manuel Gonzalez who had refused to relinquish the presidency, as was required by law. Díaz then hypocritically went on to do the same, centralizing the government, achieving total control, and arguably destroying (or revitalizing, according to some) the country’s economy. Díaz later announced that Mexico would have presidential elections, and proceeded to rig the results, sparking the beginning of the Mexican Revolution. 27 years is all it takes for the oppression to become too much.

China has been plagued with its fair share of questionable leaders throughout its long history, but Fu Sheng is the original and arguably ‘the worst’ tyrannical leader of one of the world’s most consistently powerful nations. ‘The One-Eyed Tyrant’, as he was lovingly called, he was an emperor who ruled the Former Qin Kingdom. His nickname came from the fact that he had one eye, and was so self-conscious about this that he would have people killed if they used the words ‘devoid of,’ ‘without,’ ‘lacking,’ or any other utterance that would remind him of his shortcomings. He led a violent and cruel regime, and some of his sadistic tendencies included boiling live animals, and skinning both live animals and humans. He was deposed while drunk and sentenced to death by being dragged by a horse. A humiliatingly illustrious short reign of terror. 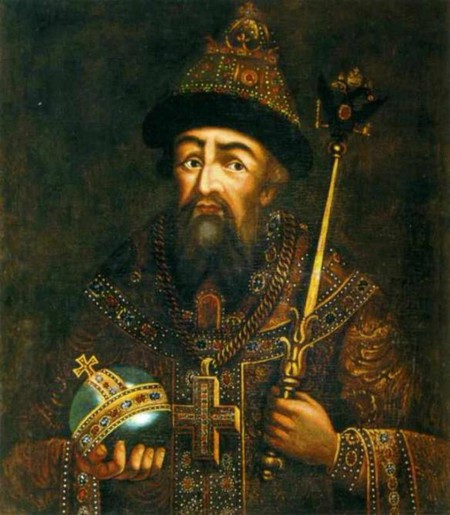 Ivan IV, or, as you may better know him, Ivan the Terrible, was the Grand Prince of Moscow and later the Tsar of the Russians during the mid-16th century. His many conquests may have helped Russia to become a state spanning almost one billion acres, but this rule was not without its horrors. Ivan was prone to outbreaks of mental illness, which punctuated his reign. He was known to arbitrarily kill those whom he considered a threat, culminating most famously in the Massacre of Novgorod, which saw some 3,000 brutally injured or killed. His paranoia made him deeply distrustful of all those around him, and as a result he had a tense relationship with the Russian nobility. Terrible as he may have been, but it is his erratic behavior that was the most terrifying.

Another of the original leaders of an Asian nation, this time, Japan. The country’s history remains one of the most secretive, but word of Tokugawa Ieyashu‘s practices spread far and wide. He was the founder and first shogun of Japan’s Tokugawa shogunate, remaining in power until his death, even though he technically abdicated in 1605, having initially seized power in only 1600. Power and wealth drove him even from a young age, and his rise to power and ensuing reign were littered with high body counts. Those who stood in his way were ruthlessly slaughtered. He was a very calculating leader, which played in his favor politically, but the severe traits of his power often reared their ugly head, as he frequently slayed those that stood in his way (or who simply survived his ongoing crusades).

For better or worse, he is one of Mongolia‘s most famous figures, although the tourism board is probably working hard to change this. Like other tyrants, Genghis Khan left an impressive political legacy as the founder of the Mongol Empire, which was to become one of the largest empires in history. The growth of the empire was facilitated by large-scale slaughtering of the populations in the areas that he desired to conquer. It really is the scale of his geographic advancement, and the numbers of people that he had to kill, that are the most frightening (and also the most impressive). His reputation preceded him throughout Asia and Europe, with societies quaking as Khan and his troops spread across the continents, with any in his firing line knowing their fate beforehand. 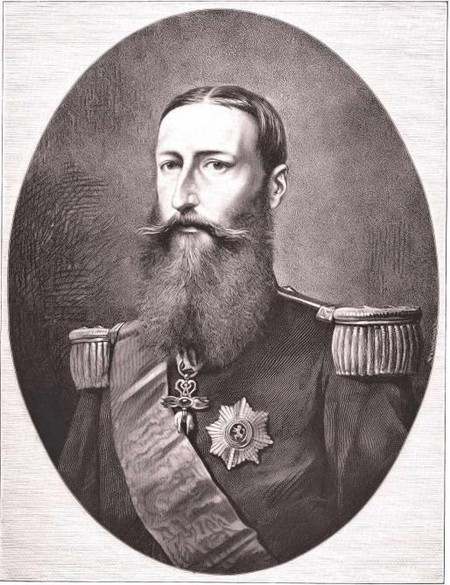 With Leopold II being responsible for somewhere between two and fifteen million deaths, he goes down as one of history’s greatest killers. He was the second King of the Belgians, but his greatest legacy was left far away from the Flemish country. Leopold was the founder and sole owner of the Congo Free State, a private project that he undertook on his own. With a passion for colonialism, Leopold started the International African Society, which he used to travel to Africa and lay claim to a plot of land several times the size of Belgium. Fourteen countries, including the USA, then agreed to allow him free rule of these lands. With his private militia, he coerced the indigenous population into forced labour, greatly abusing them for his own sadistic and economic reasons. A booming rubber industry was a lasting legacy of this permitted slaughter.

A lesson that we can learn from Maximilien Robespierre is that, up to a point, if it seems that what are you doing is noble enough and benefits the country to significant extent, people may judge you more kindly. But history isn’t kind. Robespierre was a highly principled leader, and arguably one of the more enlightened of the European leaders of the time. He went far to secure France‘s reputation as a forward-thinking state. His ideas may have placed him as l’Incorruptible, but his actions cemented his place as a tyrant. The systematic killing of his enemies in order to realize his ideals is quite alarming. The person who can easily justify radical and widespread murder is the person that should be the most feared.

We shall round off the list with another tyrant with a great nickname, this time as Vlad the Impaler; who was the inspiration for one of fiction’s most famous villains. As with a number of cruel tyrants, particularly those from several centuries ago, there is a certain mysticism and respect surrounding Vlad III, who mercilessly fought to protect Romania and Bulgaria from the Ottomans. As you may have guessed from his posthumous nickname, Vlad was known for his practice of eliminating his enemies through impalement, one of the most violent and painful deaths that could face a person. His sadistic reputation spread to the far reaches of Europe, and his legend lives on: it is quite the feat to be regarded as a hero while simultaneously having well-known stories of cutting the breasts off women, as well as roasting children, and feeding the remains to family members. You have to slightly admire the creativity and power of the man.