Share the vibes |© Yardie / Pixabay
Bordeaux is humming with culture and you will certainly enjoy some live music while staying there. To all the music lovers out there, check out this list of outstanding venues all around town.

Located on the right bank, the Rocher de Palmer has become one of the most frequented concert halls in the city. Its main asset is definitely its eclectic selection of artists (you can come for a fado concert one evening and for a rap concert the next day). Very often, musicians don’t hesitate to come out from backstage to chat with the crowd. 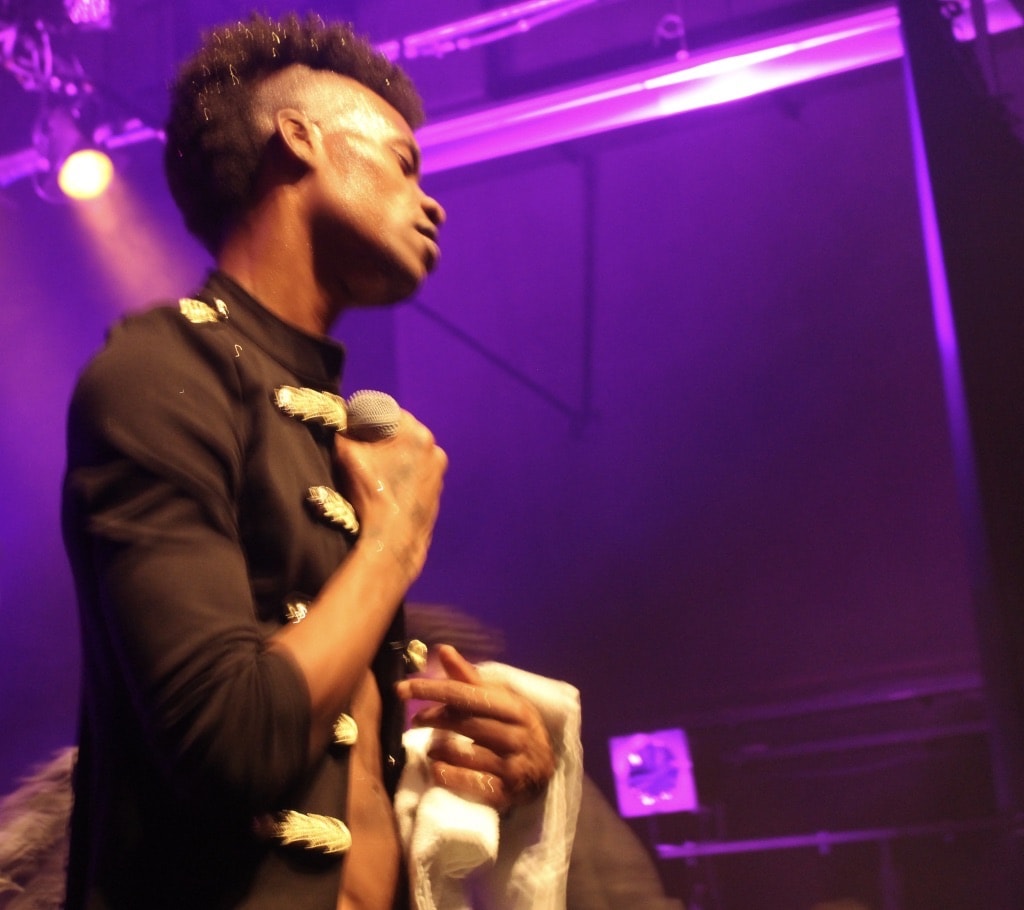 The emblematic building over the beautiful Place de la Comédie is without a doubt the place where classical music lovers should go to. The spectacular acoustics of this majestic venue coupled with the fantastic artists performing there make the whole experience memorable. 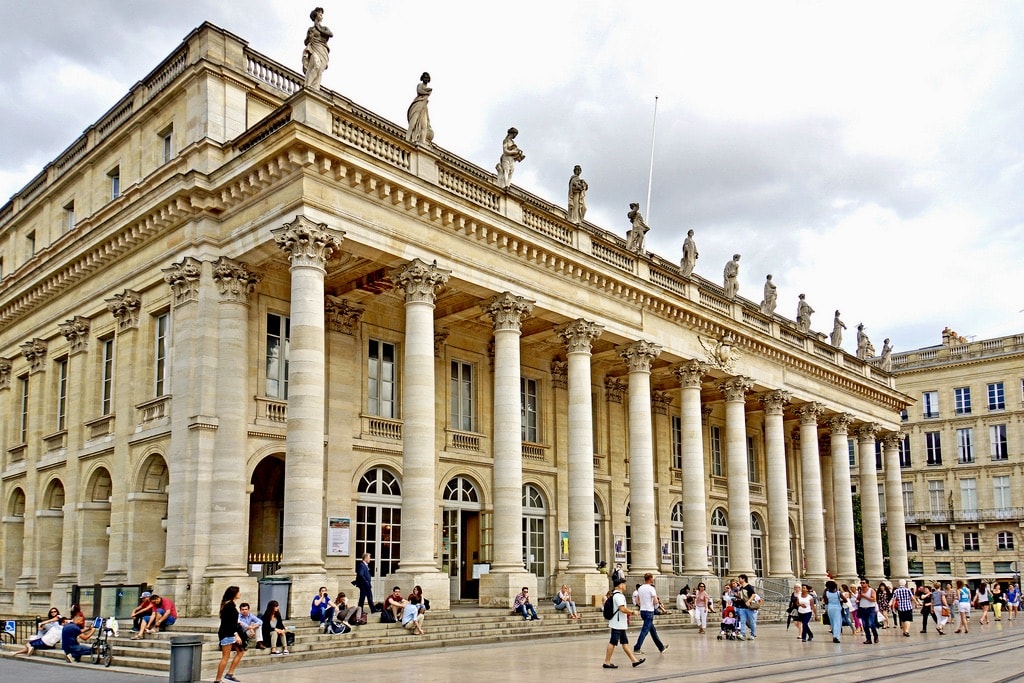 Only couple minutes away from the Grand Théâtre, the Auditorium is the other iconic place dedicated to classical music in Bordeaux. The Auditorium regularly hosts recitals with some of the best musicians in the world. It is a formidable venue to visit while you are in Bordeaux!

Natural Feature
Dark gray ash and white steam mixed when small Krakatoa erupted. | © RethaAretha / Shutterstock
For almost 30 years, the Krakatoa (that gets its name from an Indonesian volcano) has welcomed well-known artists, but the bookers also have a flair for putting the spotlight on the future stars of tomorrow. Besides, one of the main objectives of the people in charge of the Krakatoa is to make music accessible for all. One of the numerous initiatives supporting that policy is that most tickets cost less than 25 euros.
More Info
Open In Google Maps
Lampung, Indonesia
View menu
Visit website
Visit Facebook page
Send an Email
Give us feedback

Music Venue, School
If you like to discover new artists, you should immediately check out the Rock School Barbey‘s upcoming events. For nearly three decades, the venue has been notorious for being among the first concert arenas to feature unknown talents who are now acclaimed recording artists of the French and international scene. The White Stripes, Selah Sue, Kings of Leon, French musicians Orelsan, Louise, and the Bordeaux native rock band Noir Désir are some among the plethora of artists who passed by “La Rock School.”
More Info
Open In Google Maps
18 Cours Barbey, Bordeaux, Nouvelle-Aquitaine, 33800, France
+33556336600
View menu
Visit website
Visit Facebook page
Send an Email
Give us feedback

Cinema, Theater
Originally a music-hall, the Théâtre Fémina has been a symbol of Bordeaux’s cultural life since 1921. It was then transformed into a cinema but has been reestablished in 1977 as a place of various genres of entertainment. Its beautiful appearance, mixing art déco and Louis XVI styles, and the outstanding performances of some of the best French and international artists ensure you’ll have an agreeable time.
Looks like it's closed Hours or services may be impacted due to Covid-19
More Info
Open In Google Maps
10 Rue de Grassi, Bordeaux, Nouvelle-Aquitaine, 33000, France
+33556524519
View menu
Visit website
Visit Facebook page
Send an Email
Give us feedback

By far the smallest stage on our list, you will love the intimate vibe you get at Le Caillou du Jardin Botanique. This restaurant had the genius idea to invite on stage very talented musicians several times a week. This is a great idea for a date and if it doesn’t go well, the music will cover the awkward silence.

Theater, Cinema
Another concert hall in Mérignac, those who regularly attend shows at the Pin Galant praise its diverse panel of musicians. In addition to the wide range of artists you can discover during live concerts, you can also attend musicals, shows from the cabaret repertoire, and a variety of musical performances.
Looks like it's closed Hours or services may be impacted due to Covid-19
More Info
Open In Google Maps
34 Avenue du Maréchal de Lattre de Tassigny, Mérignac, Nouvelle-Aquitaine, 33700, France
+33556978282
View menu
Visit website
Visit Facebook page
Send an Email
Give us feedback

Stadium
Although its main use is to host the home games of the Girondins de Bordeaux, the city’s football team and other sports events, the still fairly new Stade Matmut Atlantique (it was open in 2015) is sometimes turned into a concert hall and has a capacity of welcoming 42,000 people. In June 2017, world superstar Celine Dion started her French tour for her last album at the Stade Matmut Atlantique.
More Info
Open In Google Maps
Cours Jules Ladoumegue, Bordeaux, Nouvelle-Aquitaine, 33300, France
+33556175800
View menu
Visit website
Visit Facebook page
Send an Email
Give us feedback

Small to medium-sized concert halls favor warm exchanges between performers and their audiences. With the surging interest for Bordeaux over the past years, the city officials showed a real desire to build a big arena capable of welcoming international superstars. This is about to change with the imminent opening of the Bordeaux Métropole Arena. And who better than an iconic group like Depeche Mode to inaugurate this special place? The tickets sold out within minutes.

A post shared by Bordeaux Metropole Arena (@bordeauxmetropolearena) on Nov 17, 2017 at 10:08am PST

A true emblem of Bordeaux, the Patinoire Mériadeck has hosted events for more than 35 years and has welcomed countless artists during that period. Due to the upcoming opening of the Bordeaux Métropole Arena and also due to the fact that it is also the premium venue that hosts the Bordeaux’s ice hockey team, the Patinoire Mériadeck will solely organize sporting events at the start of 2018.