11 Iconic Spots to Hear Jazz in the French Riviera 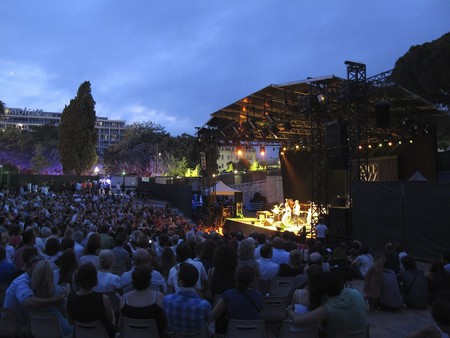 The French Riviera has a long history with jazz. After soldiers introduced it to France in the First World War, it became the soundtrack to the decadent twenties when people like F. Scott Fitzgerald partied hard on the Riviera to forget the horrors of war. Jazz festivals followed and then the clubs. Here’s our guide of 11 iconic spots to hear jazz on the French Riviera. 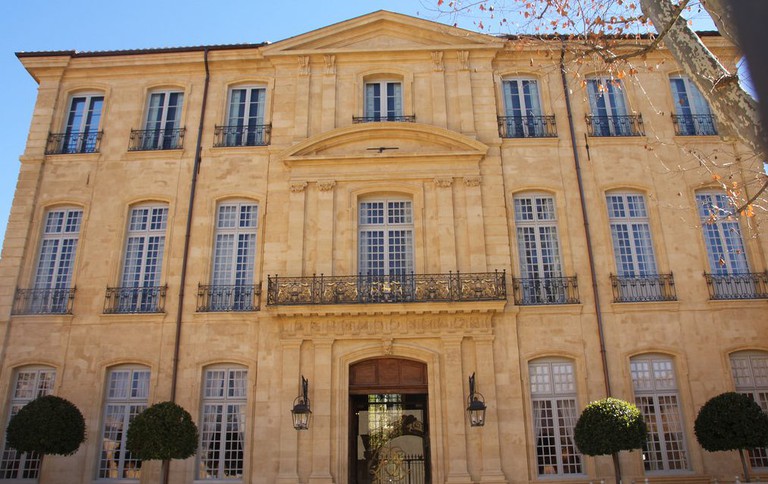 Hôtel de Caumont, Aix-en-Provence | © Renaud Camus / Flickr
The Hötel de Caumont is a grand old house in the centre of Aix, that used to be home to the Conservatoire. After they moved out to purpose-built premises, it was renovated into a stylish museum and art gallery. But perhaps the “piéce de la résistance“, is the café/bar and gardens where they hold jazz at the weekends on balmy summer evenings.
Open In Google Maps
3 Rue Joseph Cabassol, Aix-en-Provence, Provence-Alpes-Côte d'Azur, 13100, France
+33442207001
Visit Website
Visit Facebook page
Give us feedback

F Scott Fitzgerald took a villa in Juan-les-Pins in 1926, where the jet set had started to gather – it’s where Ian Fleming sent his legendary spy, James Bond to recuperate. That villa (Villa St Louis) is now the five-star Hotel Belles Rives. Fitzgerald wrote his classic, Tender is the Night here and it was his ‘favourite place in the world’ (this quote is now engraved in marble at the villa entrance). Fitzgerald’s Jazz Bar overlooks the sea and has a host of jazz musicians playing. Sip your Zelda cocktail (named after his wife) and admire the view with some classy music. 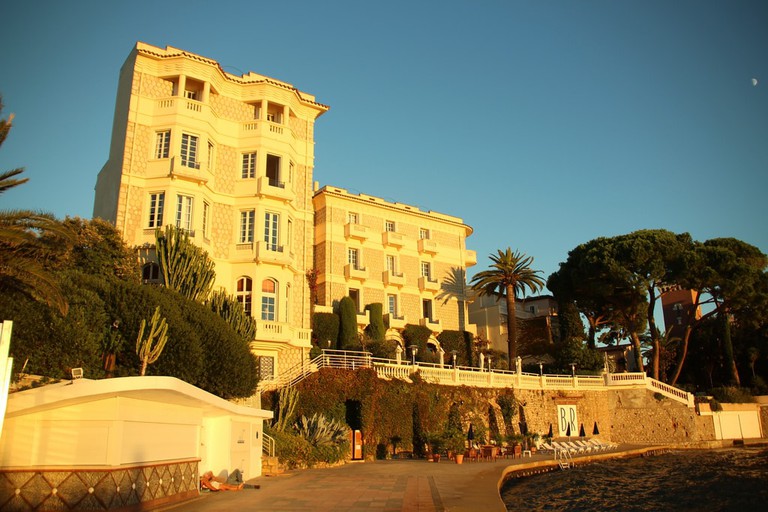 Visit the Hotel du Cap, where Fitzgerald set his 1930s classic, Tender is the Night (the hotel was the inspiration for the Hotel des Etrangers in the book). This is the Queen Bee of hotels along the Riviera, visited by passing dignitaries and A-listers looking to soak up the artistic legacy and a little jazz along the way. 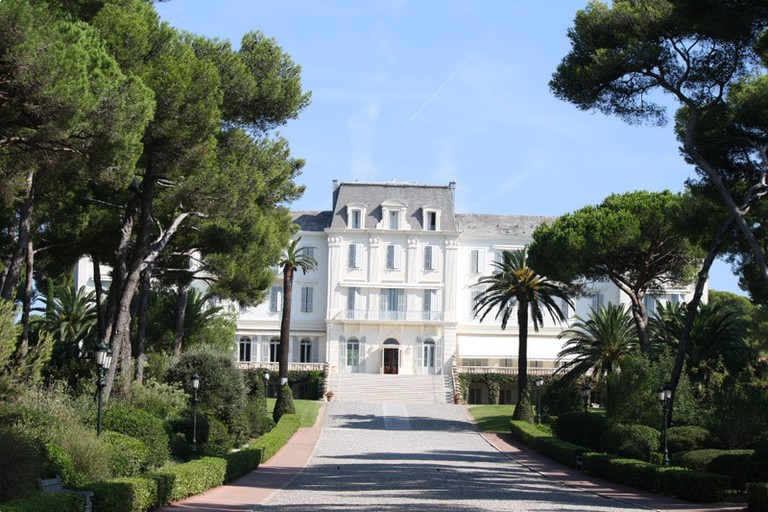 The infamous Hotel du Cap, which was inspiration for Fitzgerald’s Tender is the Night | © david westmore/Flickr

At the end of World War Two, Nice’s relationship with jazz became more formal, with the introduction of the Nice Jazz Festival. Louis Armstrong opened it, set in the old Roman amphitheatre in the nearby neighbourhood of Cimiez. It became more and more popular, so is now held in the central and very grand Place Masséna. It’s a great opportunity to see all the jazz greats. Dizzy Gillespie, Ella Fitzgerald, Ray Charles, Herbie Hancock and Miles Davis have all played and it continues to attract huge names. Nice Jazz Festival is in July (see the official website for annual dates).

Not to be outdone by its big sister, Juan started its own jazz festival in the 1960s, but attracting a more unconventional and independent crowd. It’s located near Fitzgerald’s Villa Louis, trapping in all the old vibes and ambiance from a forgotten jazz era. It kicks off directly after Nice’s jazz festival is finished and lasts two weeks.

This iconic bar is located by Nice’s railway station and it’s tiny. But locals love the owner, Manu who is a huge jazz fan. It’s rough and ready and you’re just as likely to be crammed on the street outside as you are inside. The drinks are cheap and the vibe good. Saturday is jazz night.

In July, the most beautiful and interesting buildings in Marseille become a backdrop to all sorts of jazz from all over the world. You can hear Norah Jones at the Palais Longchamp, the palace that was built to celebrate the ten-year engineering feat to bring water into the city. You can hear others play at the Museum of European and Mediterranean Civilisations (MUCEM) and some at the outdoor amphitheatre at the water’s edge, Theatre Sylvain. Check out their site here. 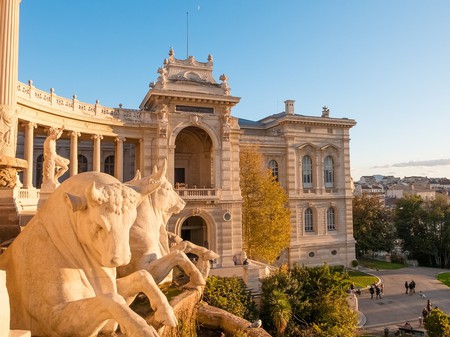 Le Cosy is tucked away in a cave, where you can lounge about on the cushions taking in the jazz and blues vibe. If you’re looking for romance in a town that exudes chic glamour, this is the place. Antibes is the largest yachting hub along the French Riviera, so it’s a great place to wallow, surrounded by jet set glamour.

On Wednesdays to Saturdays, B Spot is home to jazz, blues and soul music. People love the jam sessions that take place afterwards, the venue and the tapas. You need to book to get a seat at one of the best known jazz bars in Nice. Entrance to the Sunday jam sessions is free.
B Spot, 24 Avenue du Marechal Foch, Nice, France +33 (0)4 93 92 00 90 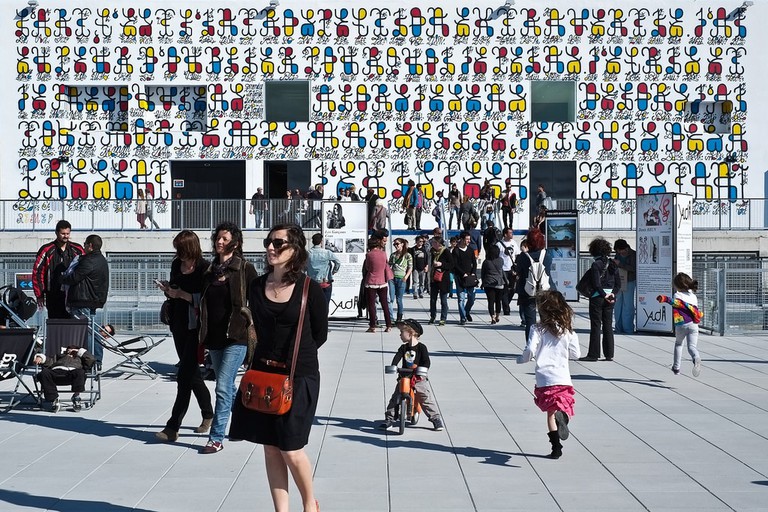 The iconic Friche plays host to jazz festivals | © mingusmutter/Flickr
La Friche is an old tobacco factory that has now been turned into a cultural and economic hub in the centre of Marseille (it runs down the side of the train station, Saint Charles). And it’s immense, housing a café/artsy bookshop, startups, a restaurant, and a huge roof where you can watch the sun go down with a glass of wine (there are DJs in the summer). La Friche plays hosts to lots of concerts and festivals, including jazz. Check out their programmes for details.
Open In Google Maps
41 Rue Jobin, Marseille, Provence-Alpes-Côte d'Azur, 13003, France
+33495049595
Visit Website
Give us feedback 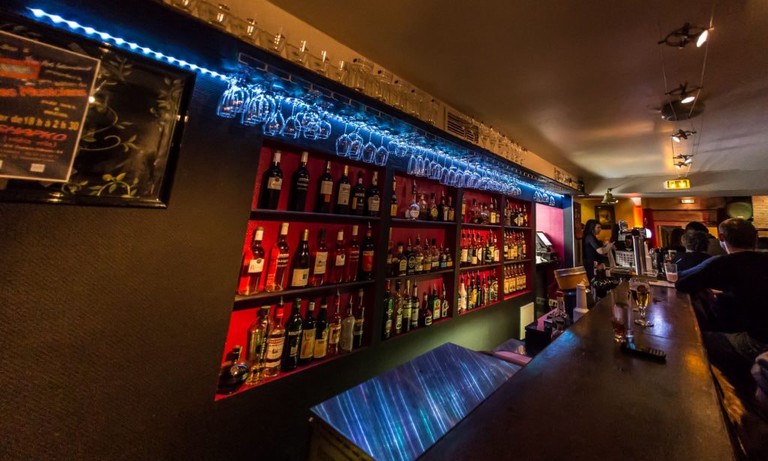 The Shapko Bar in Nice is well known for its love of jazz and blues | © Courtesy of Shapko Bar | © Courtesy of Shapko Bar
The Shapko bar in Nice is home to jazz every night of the week after Happy Hour finishes (it starts at 7pm for two hours). At midnight, it has a reputation for people arriving to jam together until closing time. It’s a local institution.
Open In Google Maps
5 Rue Rossetti, Nice, Provence-Alpes-Côte d'Azur, 6300, France
+33755678989
Visit Website
Visit Facebook page
Give us feedback

Loud, Nightlife
Give us feedback