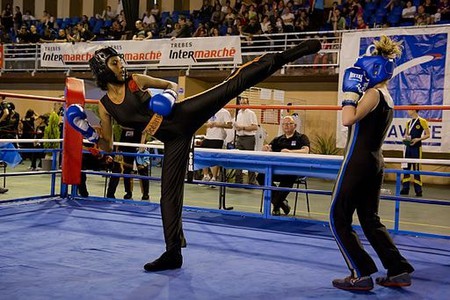 French kickboxing is an extraordinary sport, tracing its history back to sailing ships of the 1800s. It exploded in popularity in the backstreets of France, and has some secrets behind its name.

This unique style of fighting, with sweeping, high kicks, developed in the South of France among sailors, especially in the port of Marseilles. The inspiration came after having observed Chinese kung fu masters during the Boxer Rebellion of the 19th century.

It was originally developed by sailors

People say that these back-breaking high kicks and open-handed slaps were developed by sailors, as the technique allowed them to hold on to something if the boat rocked at choppy seas.

The slaps and kicks that characterised the moves of this sport in the 1800s were a handy way to get round the legal penalties of fighting with a closed fist, which at the time was viewed as a deadly weapon and inspired severe punishment. 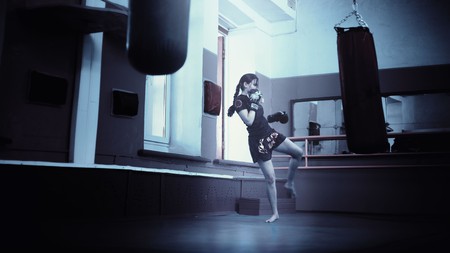 The sport of French kickboxing is technically referred to as Savate, a name that comes from the French word for ‘old shoe’. The shoes worn by French military and the sailors who developed the sport were made from a very heavy material at the time, resulting in significant injury to the person under attack.

It has had various other names

Aside for Savate, the sport has carried other names during its history, like the jeu marseillais (meaning ‘game from Marseilles’), before being renamed to chausson, named after the sailors’ shoes.

It was considered unsportsmanlike

While French kickboxing exploded in popularity in France during the 1800s, in contrast, kicking was seen as unsportsmanlike in England, the home of the Queensberry rules. 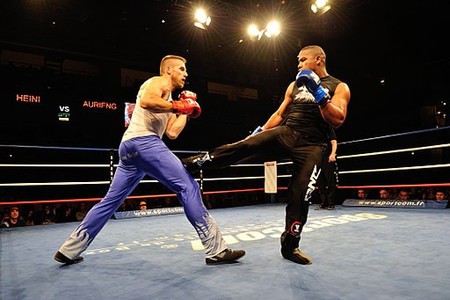 Rank is indicated by glove colour

The black belt system of karate is world famous, even to people outside of martial arts. But Savate doesn’t use belt colours to indicate rank, it uses glove colours. You can tell a fighter’s level of proficiency by the colour of their competition gloves.

While changing belt in martial arts means you’re moving up the ranks, moving to a higher colour rank in French kickboxing doesn’t always mean a change in actual glove colour. The fighter can keep wearing the same pair of gloves through multiple rank promotions. 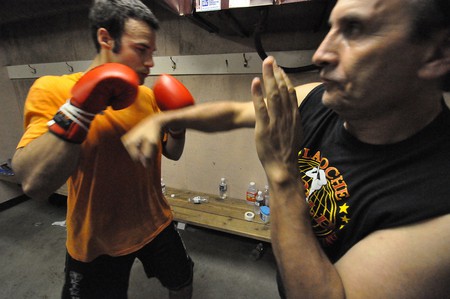 Newbies have no colour

In French kickboxing, novices start at no colour for gloves. A novice is a fighter who has been training for up to six months.

Its goal was self-defense

Savate did not start as the prestigious sport it is today, but simply as a form of self-defense, fought on the backstreets of Paris and Marseilles. The street fighting version was known as Savate de Rue (Savate of the street). 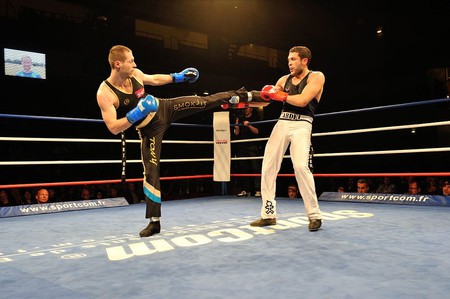 It’s the art of high-speed deceit

Feints are a key movement of French kickboxing, meaning that kicks are rarely given in a directly obvious way; instead they fly in from all directions at high-speed. A savateur will often pretend to give a fast, low kick toward his opponent, for example, before suddenly sliding into a roundhouse kick to the belly.