10 Top Diving Spots in the South of France 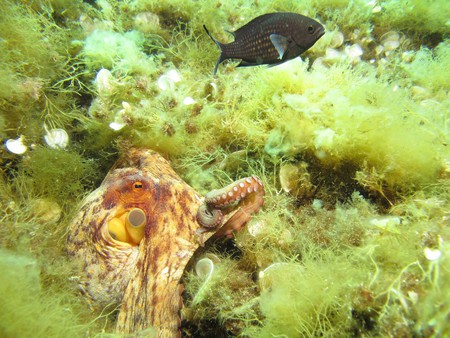 <a href = "https://www.flickr.com/photos/arnaudabadie/7712244454/in/photolist-cKvgzY-c1ajGW-dXCjBR-bRkpyp-bGVrKi-oqh2dg-fuNV5v-dhpnBa-oiyPhz-dhppgv-5tFwKC-UceY37-cATiEC-SzRi6R-bVBjsp-cCZVyC-6dcdtd-cABXfd-9mqCu4-93gpAB-GWeSX-5gf4uo-hPAdv-eYFkQc-8jDKuB-54iNAa-oiNiTG-aXYvtk-d1GJ2q-4QJgry-8jE6rv-kfL34-T4Z6jh-TCdpPX-8jHf1f-hXXoDf-TzKwxy-cCZVWL-XdznWv-TozQMW-V5hUqS-TzKxMh-UVM1RD-jo8WMP-TsyWMi-Vz4euY-TByaRH-pCy17Y-cABXZ1-T3qw2W"> The south of France has a lot of great diving spots | © Arnaud Abadie/Flickr

Ever since Jacques Cousteau tested his first Aqua Lung in the Mediterranean waters in 1942, the South of France has been a favourite with scuba divers. With the Côte d’Azur having great visibility between 30-40 metres (98.4-131.2 feet) in depth and the high temperatures make it a great place to dive, here are 10 of the top diving spots in the south of France.

There is a lighthouse, the phare du Planier (‘phare’ is the French word for lighthouse), where several boats and planes have wrecked that offer great diving options. It’s just off the coast of Marseille’s Côte Bleu, which runs west from Marseille. (The Côte d’Azur is east). There’s also a crashed war plane and the wreck of an Algerian tanker, ‘La Chouen‘, which ran aground in 1970 (allegedly when the pilot was drunk).

The Togo cargo ship was built in Newcastle in 1882 but was bought by the Ilva company to transport coal around the Med. In 1918, it crashed into a floating mine in Cavalaire Bay off the coast of St Tropez, and quickly sank. Divers can move in and out of the wreck, which sits in two pieces, its anchor, and its engine room.

Nice has many great diving sites with large amounts of morays, conger eels, and crayfish nearby. The Tombant Des Americains (‘the tomb of Americans’) starts at 50 metres (around 164 feet), and it takes special arrangements to visit it with local dive shops. It’s an enormous gorge with some amazing creatures.

Close to the island of Frioul and the impressive island fortress of Château d’If lies the wreckage of Junkers 88. This was a German bomber plane used by the Germans and later by the French during World War II. It was discovered in 1989, practically in one piece, lying on the sand at the bottom of the sea 53 metres (173.9 feet) down. Divers must be Level 3 certified to dive at this site.

The marine sanctuary of Port-Cros on the Côte d’Azur has a lot of marine life and some great diving sites including the islands of Port-Cros and Bagaud. The rock of Rascas is one of the most popular diving spots, and bream, eels, and groupers mix in with the colourful flora. 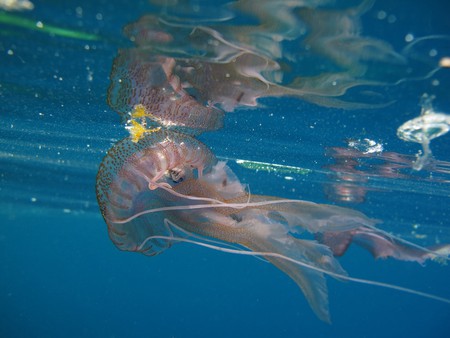 The uninhabited islands of Maïre, Jarron, Jarre, and the Riou Plane can be found off the shore of Marseille. This little group of islands offers steep walls and shipwrecks as well as good flora and fauna. Check out ‘The Imperials’ and its row of drop-offs for the chance to meet barracudas or ‘The Pharillons’ with arches carved out of the rock.

The car-free island of Porquerolles (off the coast of Hyères) has two great wrecks to dive nearby: Le Donator and Le Grec, both of which were once cargo ships. Le Donator sank in 1945, and some divers say it’s the greatest dive wreck in France. The wreck is covered in corals, and it’s home to a lot of marine life. It’s located at a depth of 50 metres (164 feet).

The Rubis is a mine-launcher submarine that has a lively history. It left Toulon in 1931 and served in Norway and Scotland before heading back to the Mediterranean during World War II. Its weapons were decommissioned in 1945, and it acted as a training submarine until 1950. In 1958, it was sunk on purpose in its current position, 3 kilometres (1.9 miles) off St Tropez’s lighthouse at Cap Camarat. It’s known as a ‘must-dive’ in the area, and divers can see into where they used to launch the torpedoes. Eagle rays are also known to visit. Watch out for the currents, which can be strong. 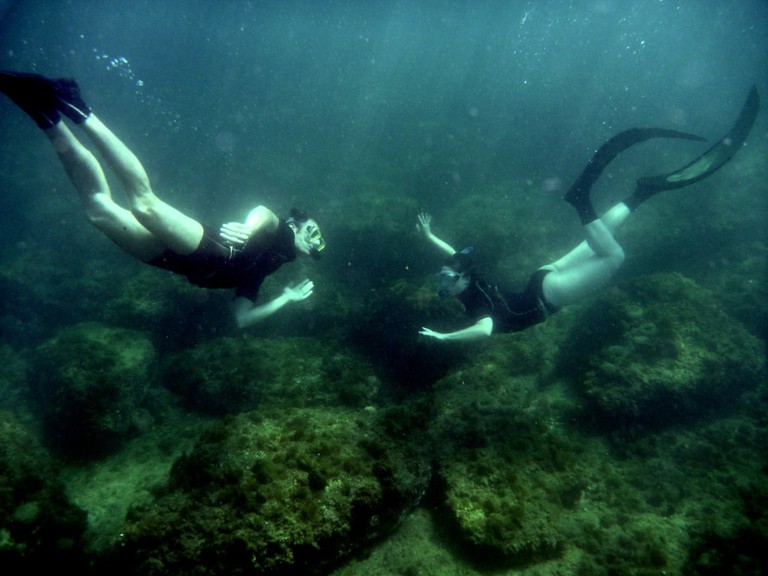 The site called The Pyramids is a series of rocky pinnacles featuring eels, snappers, and scorpion fish. The site is open to all diving levels, and there’s enough to see there to warrant several visits.

The Grand Congloué is an old wreck off the coast of Marseille. It’s an old trading ship that had over 1,200 jars on board. It’s officially mostly off-limits because of its steep drop off, but it’s a favourite for divers who love its 30-metre (98.4-foot) fault and gorges.