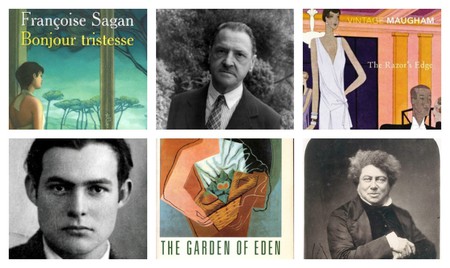 It should come as no surprise that the French Riviera has long been a sought-after destination for writers. Its sublime views and sunny climate have inspired countless stories about love, intrigue, betrayal, jealousy and corruption. Here’s our list of top 10 books that have used the Riviera as a backdrop.

Tender is the Night by F Scott Fitzgerald

Perhaps one of the best classics set on the French Riviera is F Scott Fitzgerald’s Tender is the Night. Fitzgerald was a huge francophile, living in Paris at the same time as Ernest Hemingway – they became firm friends – and he made regular visits to the region with his wife, Zelda.

Fitzgerald (author of The Great Gatsby) is widely regarded as one of the best American writers of the 20th century. He was born in the 1890s and came of age in the period during World War I and spoke for the so-called “lost generation” of the time. 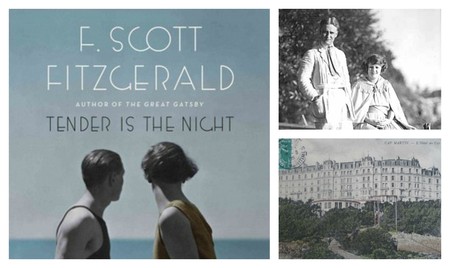 Tender is the Night was his last completed book and it was seen as a follow-up to Gatsby. It is an almost auto-biographical account of his relationship with Zelda, telling a story of a couple beset with alcoholism and mental issues (much like their real life). A couple, Dick and Nicole Diver, arrive on the French Riviera, surround themselves with a glittering lifestyle and a large array of friends and a relationship begins with an actress named Rosemary. The book uses the backdrop of the Riviera to chart Dick’s eventual demise, notably using Nice’s magnificent Hotel du Cap as the inspiration of the Hotel des Etrangers in the book.

Although it wasn’t highly regarded upon its release, it has since been regarded as the 28th best novel of the 20th century by the Modern Library.

The Count of Monte Cristo by Alexandre Dumas

Published in the 1840s, The Count of Monte Cristo was a huge success when it was first published. Based on a real-life case, it tells the story of a young Frenchman Edmond Dantès who is set to marry the love of his life and live happily ever after. However, he is betrayed by two other men and imprisoned on the grisly fortress on If, off the coast of Marseilles. Incarcerated for 14 years, he eventually escapes, finds some treasure he has heard about, and decides to wreak revenge on the two men. It’s a story about how life can change for the worse at a moment’s notice:

“On what slender threads do life and fortune hang”

It is still much loved because it covers the age-old themes of betrayal, love and revenge and shows how his plans also have negative impacts on the innocent, not just his enemies. 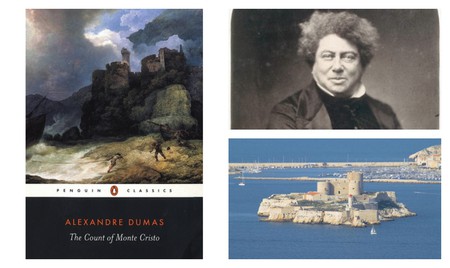 Chateau d’If sits in the Mediterranean sea, 1.5 km off the Marseille coast. It does not operate as a prison anymore but you can still visit it via a short boat ride from Marseille’s Vieux Port (Old Port) if you’d like to picture yourself in Edmond Dantès’ shoes.

Opening hours: Tuesday to Sunday, 10am to 5pm (6pm from April to October). Closed Mondays.

The Garden of Eden by Ernest Hemingway

Hemingway began The Garden of Eden, set on the French Riviera in 1946, but he still hadn’t finished writing it when he died in 1961. In the meantime, he wrote his major classics like The Old Man and the Sea. It was the second of his unfinished novels to be published posthumously in 1986. It tells the story of a couple, David and Catherine Bourne, who meet a woman on their honeymoon in the south of France, with whom they both fall in love. Ultimately David begins an affair with the woman as his relationship with his wife deteriorates to the point of separation. 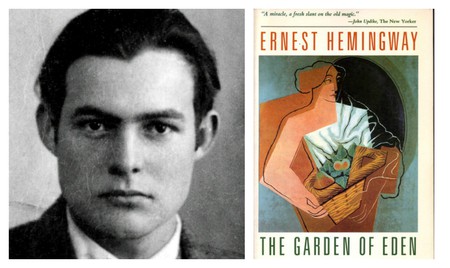 Françoise Sagan (real name Françoise Quoirez) was 18 when she wrote her first novel, Bonjour Tristesse (Hello Sadness), at her parents’ home in the south of France in the 1950s. It was immediately accepted by a publisher upon completion and became a literary smash. The book is a coming-of-age story about a 17-year-old girl, Cécile, who goes to live with her father for the summer on the Riviera. It tells the story of her father’s relationship with two women, one of whom tries to act in a parental way to Cécile. In order to gain more freedom, Cécile sets out to hurt the woman with tragic results. It is on Le Monde‘s list of the 100 best books of the century. 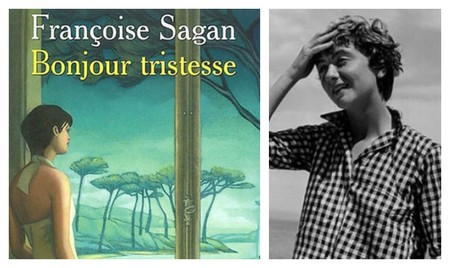 Maigret on the Riviera by Georges Simenon

Inspector Maigret is the fictional police detective based in Paris, which has been serialised several times by both the French and the English (most recently by Rowan Atkinson on British TV). In the 17th book of the series, Maigret on the Riviera (also titled Liberty Bar) by Simenon, Maigret arrives on the Cote D’Azur to investigate a case and feels more than a little bit conspicuous in his bowler hat and suit among the holidaymakers on the Riviera. 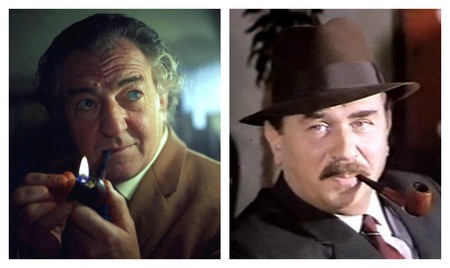 Jilly Cooper is much loved and her story of librarian Imogen, who grabs the opportunity to holiday with two couples on the Riviera, is full of light-hearted observations about the stereotypes she finds there; the tennis ace, the playboys, the models. It’s a great one to pack alongside the classics. 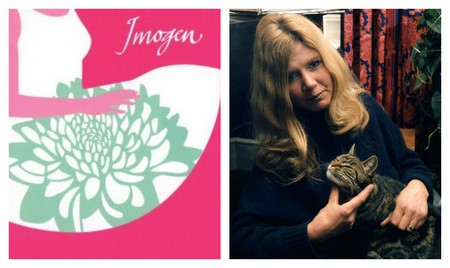 The House of Mirth by Edith Wharton

Wharton scandalised society with her tale of romance, intrigue and betrayal in 1890s New York. As a longtime resident of the south of France, she set some of The House of Mirth‘s major scenes on the Riviera. This book tells the story of Lily Bart, who needs to find a husband to keep her in the manner to which she has become accustomed in New York high society. 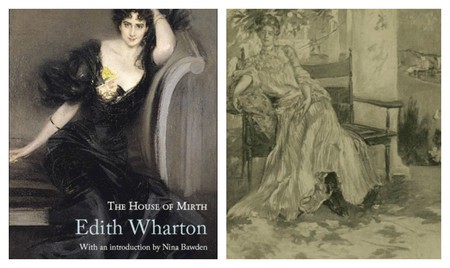 © Virago | An illustration of The House of Mirth © AB Wenzell/WikiCommons

Somerset Maugham lived in the south of France for more than four decades and used Antibes and its characters as the backdrop for The Razor’s Edge, published in 1944, with lines like:

“The shores of the Mediterranean were littered with royalties lured by the climate, or in exile, or escaping a scandalous past or unsuitable marriage.”

He describes the region as, “a sunny place for shady people”.

It tells the story of Larry Darrell, who was traumatised during World War I, and sets out to find meaning in his life. The title of the book refers to a saying in Eastern philosophy, that claims, “The sharp edge of a razor is difficult to pass over; thus the wise say the path to Salvation is hard”. 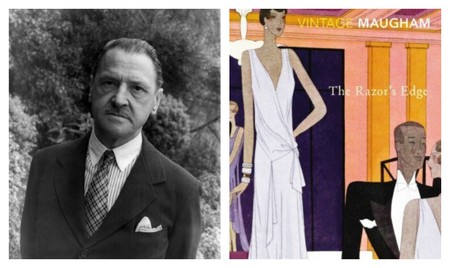 The celebrated author of Brighton Rock and The End of the Affair, wrote many of his books from the area and J’accuse, while not a fiction book, is worth a note. Nice has long been seen by some as a place with a different side to the sunny holiday vibe, a place full of organised crime and official corruption. This short book from 1982 denounces Nice’s corruption – it’s other title is Nice Côté Ombre (The Dark Side of Nice). 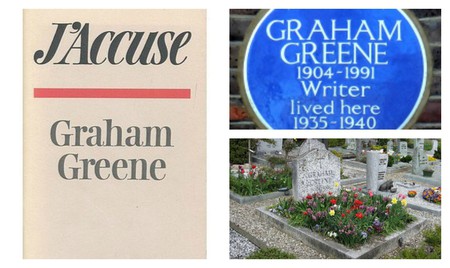 This is the first in a trilogy that has seen phenomenal success in France, giving rise to a new wave of “Mediterranean thrillers”. Using Marseilles as its setting, it tells of a policeman, Fabio Montale, who decides to fight the mafia and local corruption head on. Izzo died in 2000 at the age of 54, leaving behind a legion of fans for his Marseille trilogy. Chourmo and Solea are the other two titles in the series. 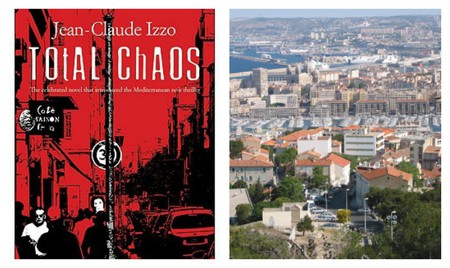