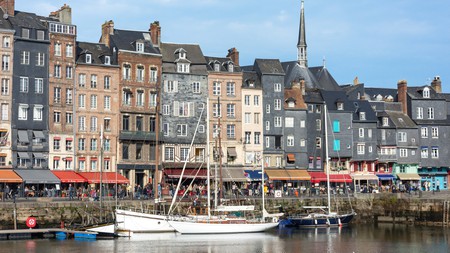 Approximately a two-hour train ride from Paris, a visit to Normandy merits at the very least a two-night getaway to uncover some of the delights it has to offer. Steeped in rich history, impressive cuisine, and postcard-worthy landscapes, here just a few of many reasons to make the journey to Normandy at least once in your lifetime.

There are many regions of France known for their fromage, however the abundance of farmland, and in turn cows, make Normandy home to some of the best in the land. There are four major players: the smooth Pont L’Evêque, the pungent Livarot, the adorably heart-shaped Neufchâtel, and of course the most famous of the bunch, Camembert. Lovers of creamy Camembert can follow their nose along the dedicated Route du Camembert, visiting the village that lends its name to this king of cheese as well as local farmers for lessons in production (and of course, a tasting), and tour the Camembert Museum to learn about the cheeses’ beginnings. 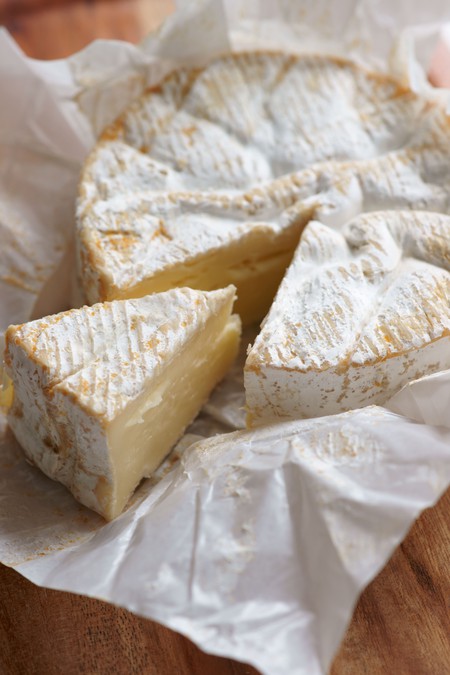 The locals are friendly and welcoming

Any notion one may have about the French being unfriendly will be squashed upon a visit to Normandy. The region attracts tourists from worldwide – particularly North Americans looking to revisit the ties made in World War II – and welcomes them with open arms. This culture of hospitality is especially noted in the large number of Bed and Breakfasts found in the region versus large chain hotels. Opt to stay in a hosted B&B, and you’re sure to be treated like a friend.

Port towns and century-old hamlets abound, the villages of Normandy combine picturesque structures with surrounding natural beauty to create a scene you’ll long to capture on camera. Must-see towns include the village of Beuvron-en-Auge, officially labelled as one of The Most Beautiful Villages in France with timbered buildings surrounding the town’s small (and only) square, medieval Bayeux with the river Aure flowing gently through the historic town centre, and the seaside town of Honfleur with its picturesque old port. As with most small towns in France, plan visits for between Tuesday through Saturday to avoid disappointment of restaurant and shop closures. 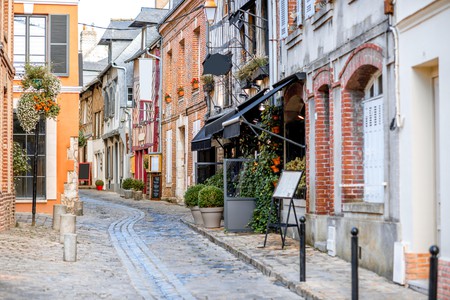 It’s the land that inspired the Impressionists

It’s easy to see why many Impressionist artists flocked to the region to find inspiration: the lush landscapes and quiet serenity of the countryside just a quick jaunt away from the artist hub of Paris provided the perfect place to paint in peace. Admirers of the art movement can visit a number of sites in the region that have been captured in oil paintings and now line the walls of prestigious of museums. The cliffs of Étretat, the cathedral of Rouen, and the famous Nymphéas (Water Lilies) in Giverny – all of which were spots beautifully painted by Claude Monet in varying light, colour, and perspective. 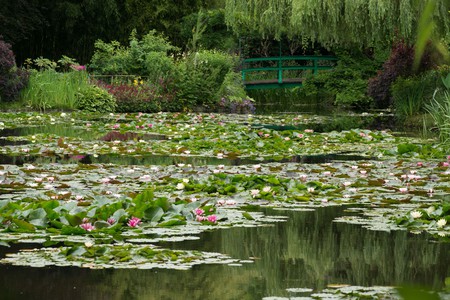 Country roads that are perfect for exploring

An active travellers’ paradise, Normandy’s rural roads are ideal for walkers and cyclists alike; the most traffic likely to be encountered are herds of cows and maybe the occasional flock of chickens. In fact, The Normandy Tourist Board highly encourages exploring the region by foot or bike and offers free route maps available for download on their website. Verdant rolling hills, timbered farms, century-old chateaux, fields of poppies, and the crashing waves of the coast are just a sample of the views you can expect to experience en route.

A variety of interesting architecture

Normandy is remarked for its half-timbered chaumières (country cottages) with thatched roofs – seldom found in other regions of France – along with a good number of medieval and gothic churches, castles, and abbeys scattered throughout. Add to this the rebuilding of cities such as Caen and Le Havre after World War II, the land is a rich palette of architectural structures unique to the rest of the country that contrasts old and new. 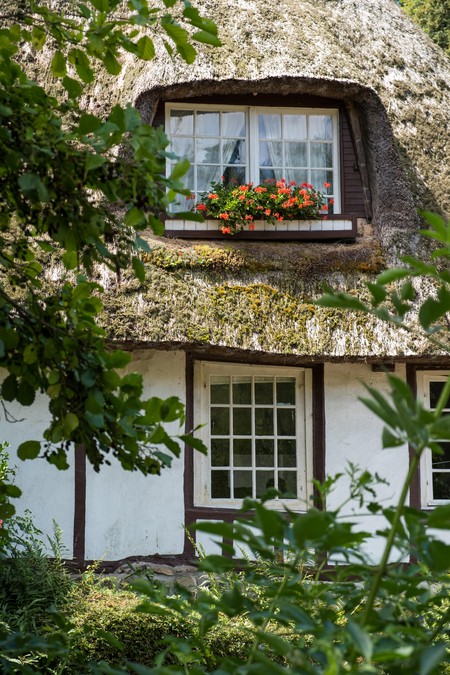 While the rest of France focuses their attention on wine, Normandy is busy mastering its libation of choice: the Apple-brandy or as the Normands call it, eau-de-vie, Calvados. The spirit known locally as “calva” is created when local apple varieties are fermented into a dry cider (also a tasty regional speciality) and then distilled and aged in oak casks for at least two years before becoming the smooth liquor best enjoyed either as an aperitif before a meal, or as a digestif during or after a meal. Similar to the Camembert Route, the 40 km Cider Route weaves through the Pays D’Auge and is dotted with local producers happy to share the fruits of their labour.

Incredible history that continues to live on

From the Battle of Hastings to the horrific events of D-Day and World War II, Normandy has seen its fair share of bloodshed and battle. What’s most impressive is how this history is commemorated in a myriad of interactive ways. In Bayeux, visitors can trace the Battle of Hastings upon a visit to the Bayeux Tapestry: the intricate 68-metre long work of art depicting the events leading up to the Norman Conquest. Those wishing to commemorate fallen soldiers of the war can visit a number of sites including the American cemetery at Colleville-sur-Mer, an incredibly emotional experience for any nationality. Upon visiting the coastal towns that bear the monuments which honour the battle for freedom, you may even encounter locals who lived through it; hearing the tales first-hand from someone who was there is a history lesson that simply cannot be rivalled. 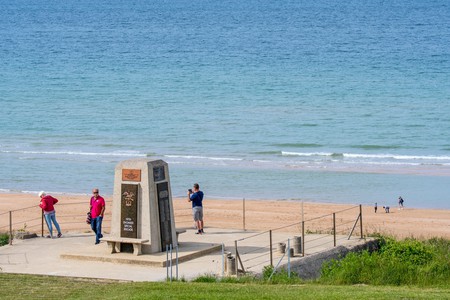 An abundance of fresh seafood

The vast coastline that lines the region promises that seafood is plentiful and fresh. The frosty Atlantic waters serve as the ideal breeding grounds for clams, mussels, scallops, and oysters. Try local delicacies such Marmite Dieppoise, a fish stew originating from Dieppe, that includes a combination of fish, crustaceans, and mollusks, or Coquille St Jacques, scallops served right from the shell alongside shrimp and mussels with a gratin on top. 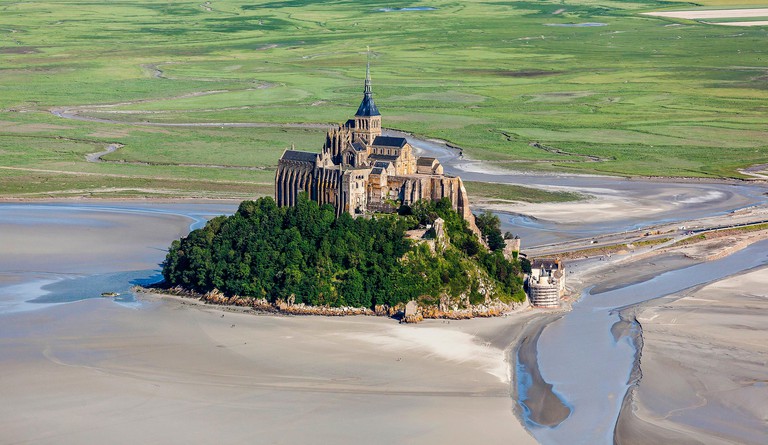 Mont Saint Michel, listed as World Heritage by UNESCO | © Hemis / Alamy Stock Photo
Book Now
The UNESCO World Heritage Site Mont Saint Michel is a commune located at the mouth of the Couesnon river that runs into the English Channel. Perched atop the Mont is an 9th-century Gothic-style abbey where the chants of resident monks and nuns can be heard during mass, creating a surreal experience that feels like you’ve taken a step back in time. Once a major site for Christian pilgrimage, the Mont Saint Michel is now one of the most visited sites in France, though less than 50 people reside on the island. The combination of the unruly channel surrounding the striking grey rock mountain that towers into the misty sky is a must-see on any visit to Normandy.
Open In Google Maps
Mont Saint-Michel, Normandy, 50170, France
+33233601430
Visit Website
Give us feedback