10 Reasons Why You Should Visit Strasbourg 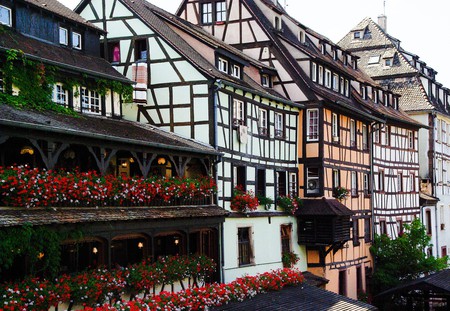 Strasbourg has so much going for it: not just because of its history and heritage but also as the formal seat of the European Parliament and other international institutions. Its position at the carrefour of Europ creates a thriving, cosmopolitan vibe that combines the best of both worlds, old and new.

Talking a leisurely walk across the center of Strasbourg is like treading the pages of a history book. The oldest part of Strasbourg stands on an island formed by the river formed one side, by the main channel of the Ill River, and the Canal de Faux-Rempart. The entire Grand Île is protected as a UNESCO World Heritage site, and its westernmost corner houses the famous district of Petite France with its quaint streets, bridges, and half-timbered homes.

Arguably the most striking example of Gothic architecture, The Strasbourg Cathedral stands proud in the heart of the city. It is no minor miracle that it still stands; and visitors can learn about its tumultuous history in the adjacent museum. Climbing atop the tower is worth it for the magnificent birds-eye view of the medieval center and beyond. Be there on time for the mesmerising display of the astronomical clock and its procession of automated figures, a marvel of precision and ingenuity dating back to 1842. 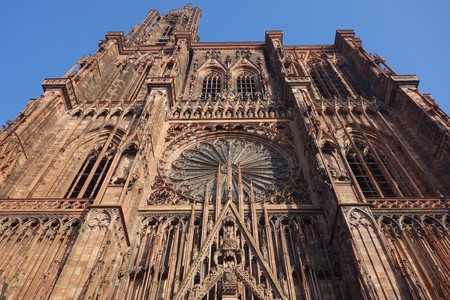 Alsatian cuisine incorporates the best of French and German culinary tradition—many foodie favourites have German-origin names such as Kugelhopf cake, choucroute, bretzel , or flammenkuche, the Alsatian answer to pizza. Strasbourg is home to winstubs, bakeries, breweries, and bistros, as well as Michelin-starred gastronomic restaurants, boutique chocolatiers, and indulgent street food. 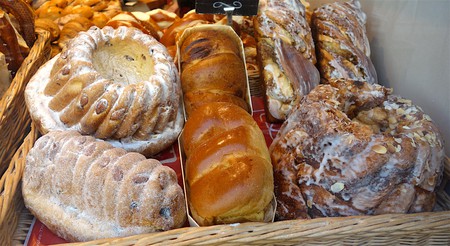 Over the centuries, Strasbourg changed hands several times between France and Germany. This shared history has brought a unique bicultural feel to the city, evident in its architecture, its language, and local crafts. In its more recent history, Strasbourg has developed a distinctly cosmopolitan style as the capital of Europe, an energy that imbues its arts and music scene, café culture, and world-class hotels and art. 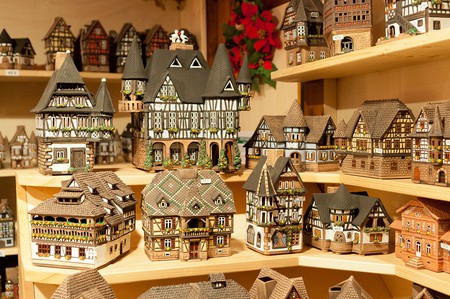 Strasbourg is the gateway to Alsace’s great wine route. Not just offering wine bars, cellars, and tasting opportunities, wine makers open their doors to visitors and provide the secrets of centuries of know how and the history of wine-making in the capital. 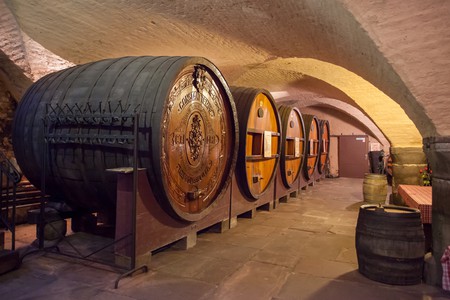 Thought to bring good luck, the stork is the symbol of Alsace. One of the city’s little-known attractions is the amazing stork sanctuary in the Parc de l’Orangerie. The majestic birds happily nesting, flying around, and clacking with their long beaks can be seen without binoculars. 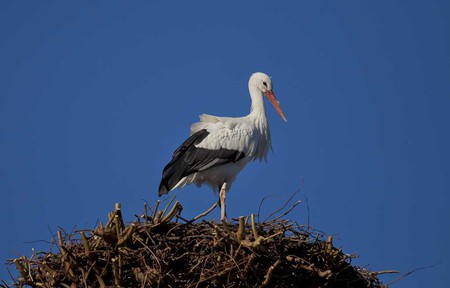 For the entire month of December, the city turns into an enchanted land of lights, markets, quaint decorations; all deliciously scented by the stands of vin chaud and bredele cookies baking. It could be said that Strasbourgians have a little bit of experience with how to put on a great Christmas display: the first Christmas market was held here in 1570. 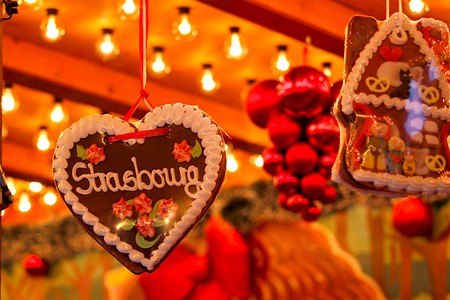 The magic of Christmas in Alsace | ©Frankieleon/Flickr

Strasbourg shares one distinction with New York and Geneva: they are the only cities in the world home to international institutions without being national capitals. The choice of Strasbourg as the European capital following the Second World War resulted in several European institutions setting up magnificent-contemporary buildings—such as the striking European Parliament—north of the city. 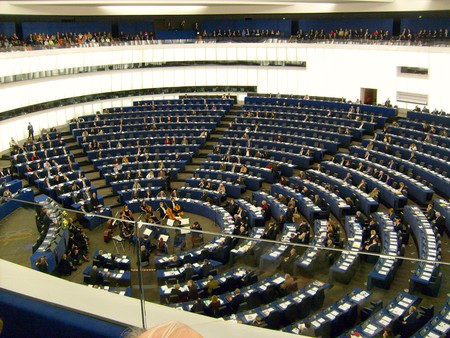 There is a vibrant and multicultural-art scene in Strasbourg, with various art galleries featuring established and emerging artists, independent bookstores, great antique-hunting, exciting exhibitions year round, and a crop of some of the best museums in France. 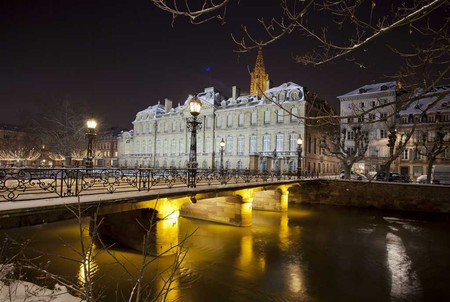 A bicycle may not be the first things that come to mind when mentioning Strasbourg, but this is the most bike-friendly city in France. Cycling is the preferred form of transport during all seasons, and the city offers an easy rental-bike system and well-marked cycle routes that take cyclists to the main attractions, historical sites, and stunning parks in this most-friendly and beautiful capital. 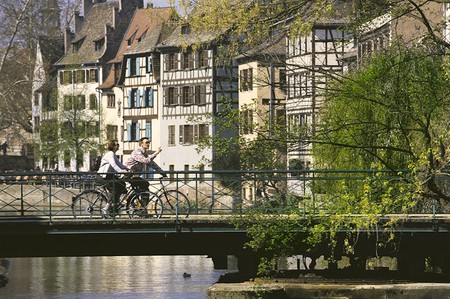