10 Reasons Why You Should Visit St Tropez At Least Once

10 Reasons Why You Should Visit St Tropez At Least Once

To View the Contemporary Art Scene

Ever since Paul Signac arrived in St Tropez to paint at the end of the 19th century, the town has had a long history with contemporary art. Visit the oldest modern art museum in France at the Musée de l’Annonciade in the Old Port or try something even more modern.

There are lots of contemporary artists who use St Tropez as a base, like Ivan Hor, Marc B Denoun or Christiane Moures. Many of them use a nautical theme as their inspiration or capture the town’s pop culture status (using Brigitte Bardot and others in the French film scene as their muses). You can find out where to locate them here.

To Visit the Beach

St Tropez is famous for its beaches and it has a lot of them. The most well-known and loved is Pampelonne, which put the town on the map. In the 1950s, an unknown Brigitte Bardot arrived to film a movie with her then-husband, Roger Vadim. The film wasn’t a commercial or critical success but it brought her and the town to prominence and forever became associated with cool, arty, independent and hedonistic living. People also love Tahiti Beach (where clothing is “optional”) or Nikki beach (all in the same bay). 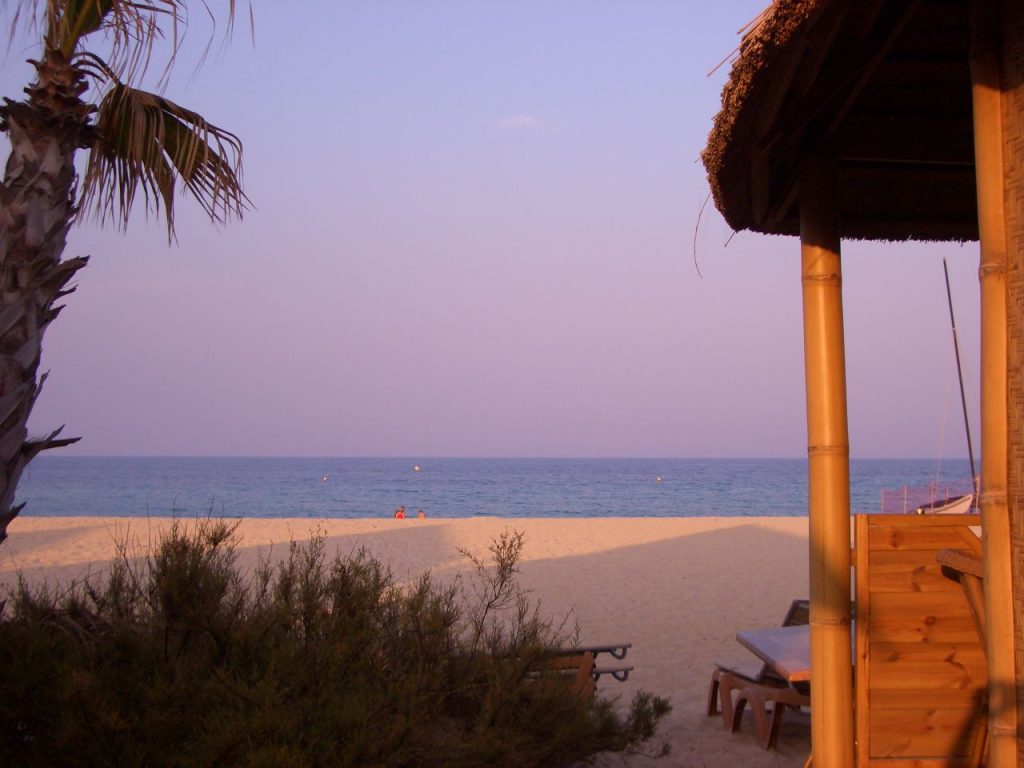 To Taste the Local Desserts and Cakes

France is well known for its culinary delights and most French people know how to whip up at least one special something, at the drop of a hat. St Tropez has some lovely bakeries to try French delicacies such as the macaron. St Tropez also has its own dessert that was created in the town in the 1950s, which is still hugely popular and an institution on southern French dinner tables. The Tarte Tropézienne was created by the same chef who catered for Brigitte Bardot’s film crew in the 1950s – she named it, fell in love with it, and then so did everyone else. It’s an essential pit stop for any first-time visitor.

The Tarte Tropézienne is a real delicacy, incredibly delicious and a must-eat when in town © Dave Haygarth/Flickr

One of the things that St Tropez is idolised for, is its sense of fashion. The boutiques here aren’t cheap but even if you can’t afford to buy any of the chic beachwear, you can at least window-shop. For the ten best fashion boutiques in St Tropez, read this.

To Revel in its Naval History

St Tropez was invaded many times in the past and at one point its population was completely wiped out after a succession of invasions. The king encouraged a group of Italians to move in – they were spared paying taxes as an enticement – and the town gradually rebuilt itself. A citadel was built by the King in the 17th century to prevent any more attacks and it worked. Gradually it was decommissioned – when modern artillery became too strong for the fortress to withstand – but its dungeons now house the Maritime Museum and it’s a great place to look down on the whole town and surrounding bay.

To Take in the Film Culture

Brigitte Bardot is St Tropez’s most famous resident movie star and ever since she arrived, the town has continued to fly the flag for cinema. Many of the artists riding the French New Wave in the 60s stayed in St Tropez year after year. The town was also used as a backdrop to such seminal movies as “La Piscine” (the swimming pool) in 1967. Major scenes were played out in the beautiful local cemetery (worth the walk).

To Walk the Coast

The coastal path around St Tropez is truly spectacular and quite wild. Take a long hike around the large seaside mansions ending with a wonderful beach meal. Alternatively, start at the Cap Camarat lighthouse and end up on the beach “Bonnes Terrasses” below. You can walk as little or as much as you like. Just take lots of water and good footwear; this beach is not commercialised (that’s why people love it) but there aren’t many pit stops.

There are 10 great reasons why everyone should visit St Tropez at least once, and not just because of the beaches © steve lorillere/Flickr

St Tropez has a reputation of hedonism, particularly in the summer. Celebrities park their huge yachts at the quay and step off to go clubbing. It’s the place to be seen. Start on the quay for an “apéro” (a pre-dinner drink) from 5pm onwards, book a table at one of the great seafood restaurants nearby and then head to one of the larger clubs. Be warned, they are expensive. And make sure you book and look the part if you want to be assured entry.

To Take in the Views

Whether you head to the beach, the coastal path or stay in town, St Tropez has some lovely views. The best views are at the Citadel, at the Cap Camarat lighthouse or at the top of La Ponche. La Ponche is the old fishing district and has some lovely, winding, cobbled streets. The Hotel Ponche is a small boutique hotel with great views over Old Town to watch the sun go down. Or try the Italian Baroque church that dominates the town, the Eglise Notre-Dame de l’Assomption.

To Eat Great Food and Drink

The French Riviera is loved for its Mediterranean cuisine. St Tropez is small but it punches above its weight in terms of great places to eat – as you’d expect for its reputation. Check out our guides to the best places to eat in town here and here. If you want a beach restaurant, there are plenty of great ones. The most iconic is the Club 55, on Pampelonne beach, where Brigitte Bardot’s film crew set up all those years ago.