10 Reasons Why Brits Should Be Streaming 'Versailles' 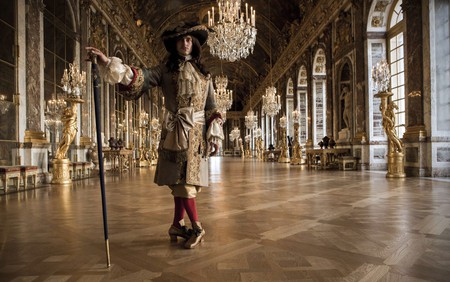 If you loved sumptuous period dramas like The Tudors, The Borgias, and Downton Abbey – and are fearful of the gaping hole the conclusion of Game of Thrones will leave in your life – look no further than Versailles. Beautifully shot, inventively plotted, and powerfully acted, here are 10 reasons why you need to be streaming the show that’s made French history the hottest thing since unisex silk stockings.

The showrunners know how to keep their audience gripped

David Wolstencroft and Simon Mirren (the nephew of one Dame Helen Mirren) are well-versed in creating series that have viewers glued to the screen from beginning to end, thanks to a heady mix of sex, violence, and intrigue. The British duo met while working on the hugely successful and BAFTA Award-winning BBC show Spooks. “We wanted it to be rock’n’roll,” Wolstencroft has said of their latest endeavor. “If you were in Versailles at that time, you were at the center of the world.”

From the outset, the story centers around 28-year-old King Louis XIV of France, played by George Blagden, whom you may recognize as Athelstan from Vikings, and his younger brother Philippe I, Duke of Orléans, portrayed by Alexander Vlahos. Long-haired and extravagantly attired, the two most powerful men in the land, and pretty much every other man at court, look like ‘70s glam rockers, only 300 years ahead of their time. And my, do they strut. As Blagden has said: “Heels do wonders for your confidence!” 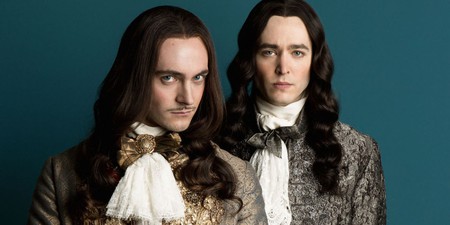 As well as sumptuous costumes and gorgeous actors, there’s plenty more to please the eye. Versailles – which is undergoing expansion from a not-so-humble hunting lodge into a full-blown mega-palace – and its sprawling grounds, filled with manicured alleyways and vast fountains, look spectacular. Around half the filming is done on location, other scenes are shot at extraordinarily accurate sets, and Director of Photography Pierre-Yves Bastard renders every shot beautifully. As one commentator put it, it’s like witnessing history through an Instagram filter.

It’s the most expensive French show ever made

With a whopping budget of £24 million – twice the amount afforded to Downton Abbey – the first season of Versailles entered the record books as the most expensive French television show ever made. “My wig cost £4,000 and I had three – the set alone cost millions and the scale was massive, bigger than anything I had ever done,” Alexander Vlahos told The Telegraph. “The sets were so lavish, they had recreated the interior of the real Versailles down to the last centimeter.” 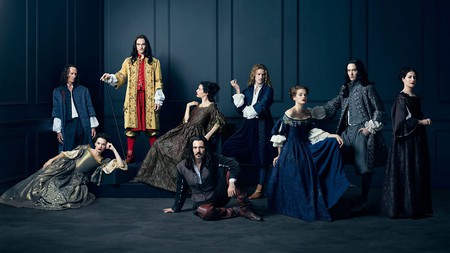 It’s a French show about French history in English

When the first season aired on Canal+ in November 2015, there was a minor uproar in France that a French and Canadian production, shot at the nation’s finest monuments and focusing on its most illustrious king, had been filmed in English. “As soon as we started,” Wolstencroft told The Telegraph, “I said to my partner Simon Mirren: ‘We’re English and writing this in English. So with French patriotism and their general national pride – we are totally f***ed!'” Whatever the domestic controversy, the decision helped make it a global hit.

The French love it despite the language snub

Any issues regarding the choice of language were quickly forgotten after French audiences tuned into the show. The first season of Versailles garnered the highest viewership for a fictional TV show in years and the fans stuck around for its second outing. It also did rather well in the ratings on the other side of the Channel too. Aired midweek on BBC2, the show brought in nearly two million viewers, frequently beating its BBC1 competition, amounting to an 8.9% audience share. 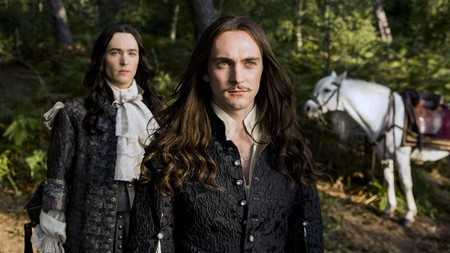 It has to be said that Versailles doesn’t always strictly stick to the history books. But it doesn’t need to: this is drama, not a documentary. While the story is grounded in historical fact, the chronology of events has been manipulated and fictional characters have been invented to produce a more engaging narrative. Importantly, real figures aren’t placed in false situations and any imagined subplots take their cue from actual events. By adopting this strategy, the show produces a fair portrayal of the king and court.

Its storylines portray diversity in the 17th century

One of the most interesting subplots, created out of a conflation of rumors, occurs in the very first episode. It involves Queen Marie-Thérèse, Nabo, an African dwarf whom she lavished affection upon, Prince Annabar (aka Aniaba of Issigny), and Louise Marie-Thérèse, known as the Black Nun of Moret. You’ll have to stream the episode to find out the juicy details of the tale but the important point is that, while many dramas of this kind tend to whitewash history, Versailles accurately depicts how diverse the world was in 1667.

It’s the most entertaining history lesson you’ll ever get

If you ever studied Louis XIV’s reign in school, you probably remember some dull talk of bickering noblemen and tricky Spaniards. While there’s a fair amount of political action here, there’s also plenty of fun, and bonking. It’s this last point that, naturally, the British press has most fixated on, so it doesn’t bear repeating in too much detail. Nevertheless, one can’t help but feel that if high school history lessons had had this much sex appeal then we all might have remembered a little bit more about the Fronde. 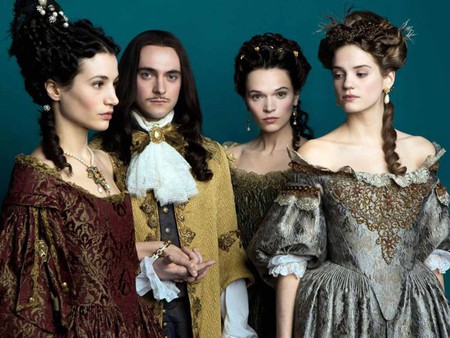 The soundtrack is an absolute banger

The show opens with French electro band M83’s Outro from Hurry Up, We’re Dreaming (2011). This moody yet oddly rousing tune perfectly sets the tone for the show, which has been called the music video version of the Bourbon dynasty. One of the song’s few lines, “I’m the king of my own land … Now and forever, I’m your king,” really couldn’t be more perfect. The score by Eduardo Noya Schreus, aka NOIA, keeps everything going, scene after sensational scene.