10 Peaceful Running Routes in the South of France

Take a run along the coast in St Tropez | © akunamatata/Flickr
Whether you’re looking to stride alongside Europe’s answer to the Grand Canyon or to jog through alpine villages on the Italian border, the south of France offers a variety of peaceful running routes.

The coastline around the chic village of St Tropez is rugged, picturesque and can be surprisingly uncrowded in the early summer mornings – maybe because everyone has often partied too hard the night before. Follow the coastal route, marked Le Littoral.

The route along the littoral in St Tropez © akunamatata/Flickr

To the north of Aix, the lake at Peyrolles (a small town packed full of roadside fruit and vegetable markets) is an old quarry that was filled with water and is now a major rowing and swimming hub on hot summer days for the locals. There are running routes around the lake, a drinks stand for water and you can finish with a dip.

Park
If you’re near Aix-en-Provence, join the morning joggers skirting the river Torse – past the yoga lessons and keep fit trainers working out on the grass. The Torse park is where you’re as likely to find young lovers as families and dog walkers; it’s one of the hubs of local Aixois life.
More Info
Open In Google Maps
Aix-en-Provence, Provence-Alpes-Côte d'Azur, 13080, France
View menu
Visit website
Visit Facebook page
Send an Email
Give us feedback

Park
The peaceful Parc Borély in Marseille | © Yan R./Flickr
The Parc Borély is one of Marseille’s secrets that locals would love you not to know about. Jog along the dry river bed, towards the sea and do a few circuits of the park and its stylish mansion.
More Info
Open In Google Maps
Avenue du Prado, Marseille, 13008, France
View menu
Visit website
Visit Facebook page
Send an Email
Give us feedback

Local artist Paul Cézanne painted his beloved Sainte-Victoire mountain again and again and it’s an ideal running area, just outside Aix-en-Provence. For ideas of the many routes to take, read our guide here. 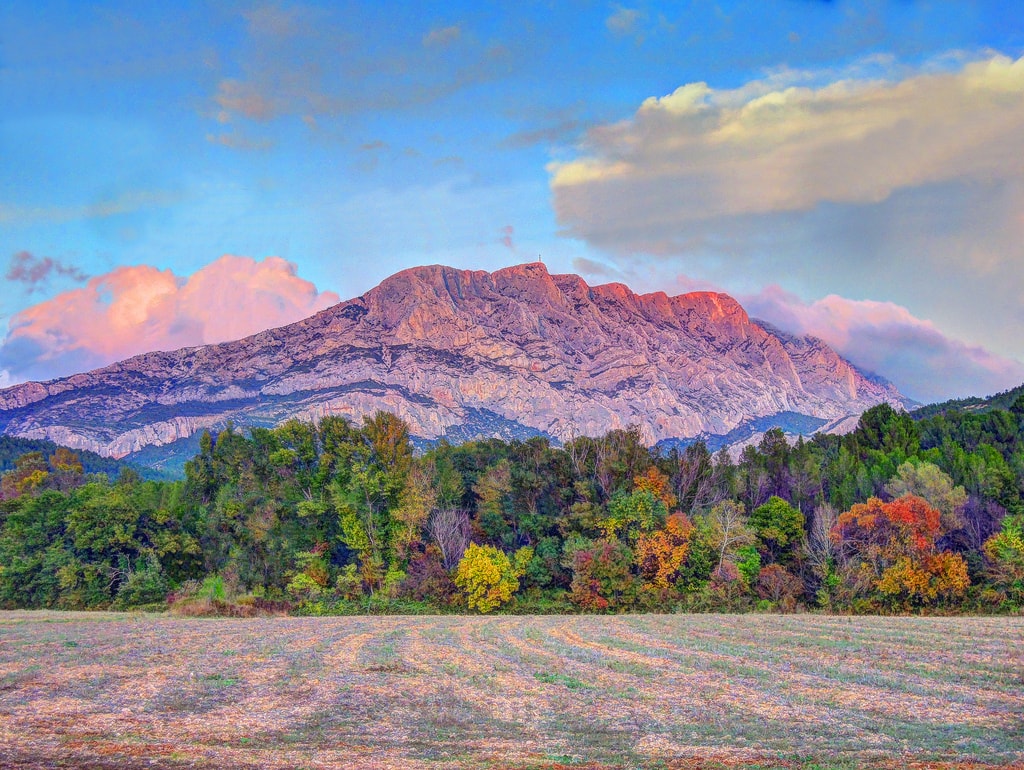 Park
The south of France has a few national parks and people love the Mercantour because it’s at the foot of the Alps, close to the border with Italy. It’s a great opportunity to try peaceful routes with a steeper ascent.
Looks like it's closed Hours or services may be impacted due to Covid-19
More Info
Open In Google Maps
Provence-Alpes-Côte d'Azur, France
+33493167888
View menu
Visit website
Visit Facebook page
Send an Email
Give us feedback

Forest
A peaceful forest section of the ViaRhôna | © Guilhem Vellut/Flickr
The Via Rhôna is an 815 km route that runs down the Rhone Valley from the Alps in Switzerland to the south of France. From Geneva, it passes through Lyon, Avignon and stops west of Marseille at the sea in Port-Saint-Louis-du-Rhône. Plenty of opportunities to find 20 or so kilometres for a peaceful and historic run.
More Info
Open In Google Maps
Avignon, France
View menu
Visit website
Visit Facebook page
Send an Email
Give us feedback

Park
The Luberon is the area of inland Provence, full of vineyards and hilltop villages, like Gordes and Roussillon. The town of Apt is at the centre of the National Park, where you can run along the river.
More Info
Open In Google Maps
60 Place Jean Jaurès, Apt, Provence-Alpes-Côte d'Azur, 84400, France
+33490044200
View menu
Visit website
Visit Facebook page
Send an Email
Give us feedback

The Verdon gorge is Europe’s answer to the Grand Canyon and it winds its way into the Sainte-Croix lake. Even though the lake gets busy in the summer, its sheer size hides the masses of people.

The small island of Porquerolles, off the rugged coast of Hyères, is a jogging haven. It’s a protected area, where eucalyptus trees have been planted for shade and where cars aren’t allowed. Check out our guide on when and where to go.