10 Hidden Gems of the Languedoc 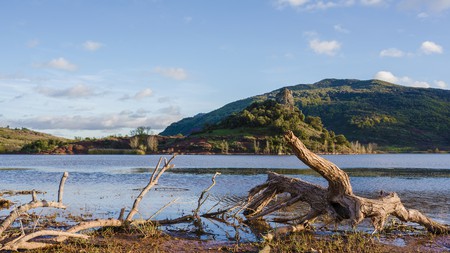 The province of the Languedoc itself is a hidden gem, nestled between the borders of Spain and the lavender fields of Provence. Here are 10 spots off the beaten track that’ll delight in particular.

St-Guilhem-le-Désert is a medieval village whose isolation has allowed the village to remain intact for centuries. Its Abbey of Gellone was declared as a World Heritage Site by UNESCO in 1999 and is worth the visit. Wander its picturesque, weaving streets and treat yourself to a crêpe at La Belliloise crêperie Breizh. 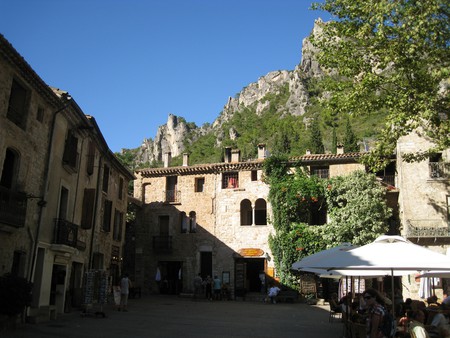 Lac du Salagou is an artificial lake created in the 1960s to regulate nearby river water levels. It is very unspoiled considering its leisure status and so if you’re looking for an active break (river sports, cycling and more) in the south of France, it makes for the perfect spot. For spectacular views of the lake, climb Mont Liausson; the patchwork quilt of colours is simply breathtaking. 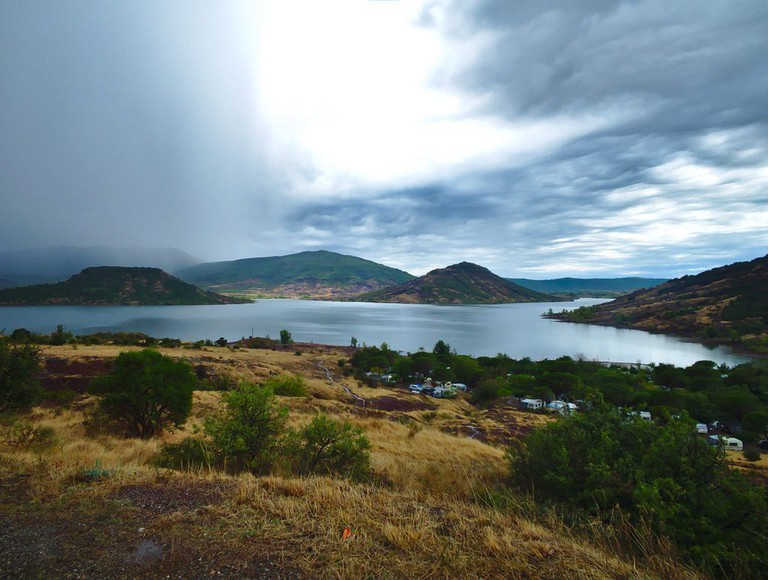 The Camargue itself is not so much of a hidden gem but its beaches and pond areas even though popular, remain a real gem of the Languedoc. The salt ponds give off the most gorgeous hues and their unspoiled surroundings are a joy to discover. Certain roads such as the Route de Faraman are perfect for just drivingand stopping to exploring hidden corners. 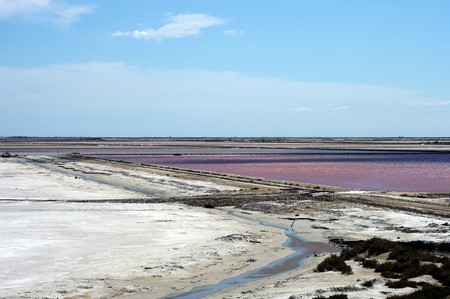 At 800 meters high, this ruined fortress has uninterrupted views over the hills on which it resides. It dates back to Roman times, being occupied since by Catalan counts, French royals and then designated as a frontier palace. It takes about an hour to hike from the village of Duilhac but there is also access by car with parking nearby. Various events are scheduled throughout the year, so if you are flexible with dates, check these out first. 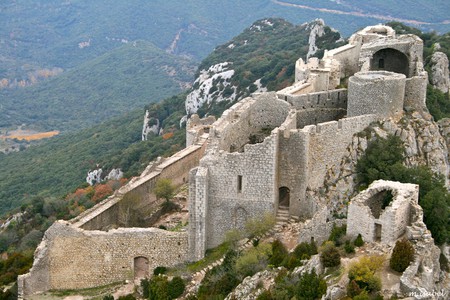 Abbey of Saint Martin du Canigou is an incredible place. Even though it is under an hour away from the city of Perpignan, it feels like another world. A world of big skies, forest-covered hills and hidden pathways. Nestled in the Pyrenees, this Roman abbey is reached by a steep 45-minute ascent from the village of Casteil, where the views can’t be beaten. A serene experience in the clouds. 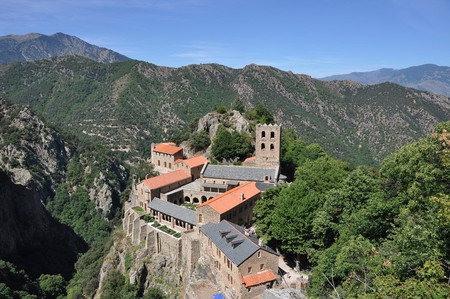 Banyuls-sur-Mer is almost the last stop to Spain and as such this commune has a rich history of smuggling, from salt to silver to sugar. Today, like many of the other coastal pockets, tourism and wine are its main economy. Due to its proximity to the Pyrenees, it has a beautiful backdrop and is perfect for many outdoor activities and sports. Banyuls-sur-Mer is a known beach resort within France, but visitors to the area can easily whizz past it on the motorway between France and Spain. Take the scenic D914 instead to reach it. 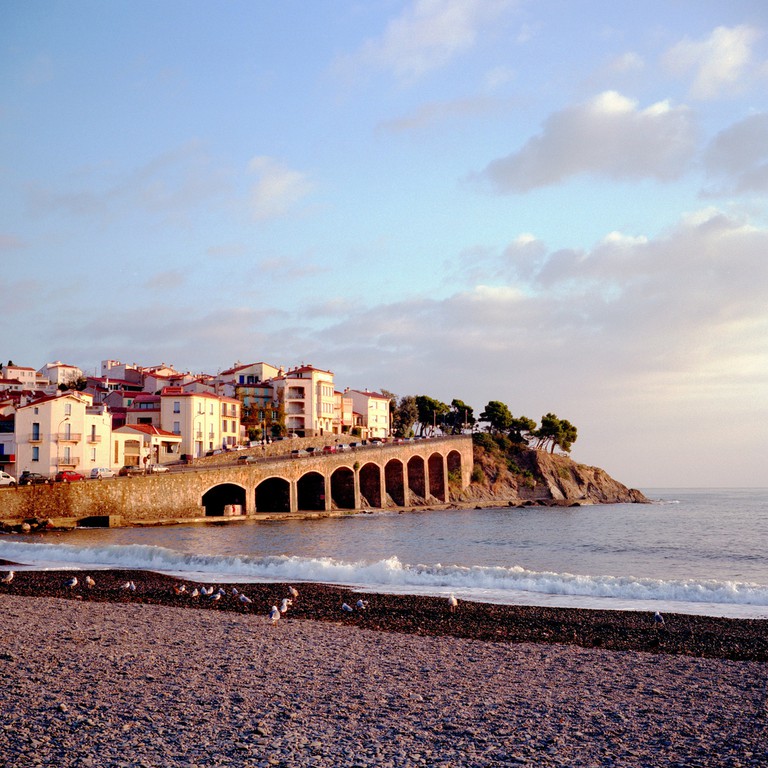 Classed as one of the most beautiful villages in the France, Minèrve is a true gem nestled between scrubland, vineyards, olive groves and chestnut trees. In the Middle Ages, it was a powerful city, used as a refuge for Cathar heretics and strengthened by its position in the hills. Now, wander the pretty streets, enjoy the local wine and fine light and views that many artists have been seduced by. 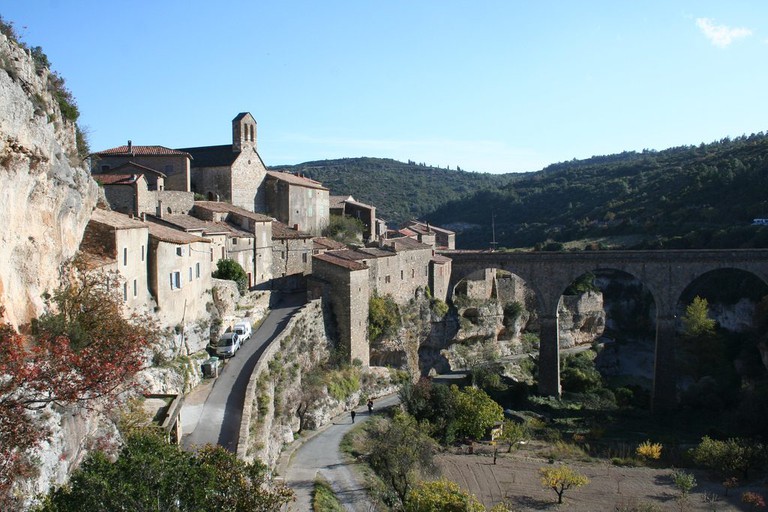 Puilaurens Castle sits high above the forest canopy and the village of Lapradelle-Puilaurens in Aude. It has been both a fortress and refuge over the years, most notably during the Cathar wars. Walk from Axat to the castle and visit between 9am and 7pm. The views both from the castle and on its approach are spectacular. 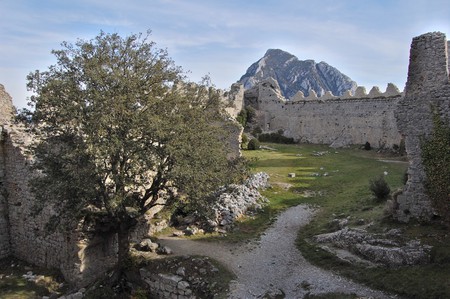 Otherwise known as the ‘Nice of the Herault’, Roquebrun is an arresting village on the banks of the River Orb. It boasts a microclimate and one of its main attractions is its Mediterranean garden as well as a popular beach used in the warmer months right on the banks of the river. The undulating hills that surround the village protect it from view until right at the last minute. A real hidden gem. 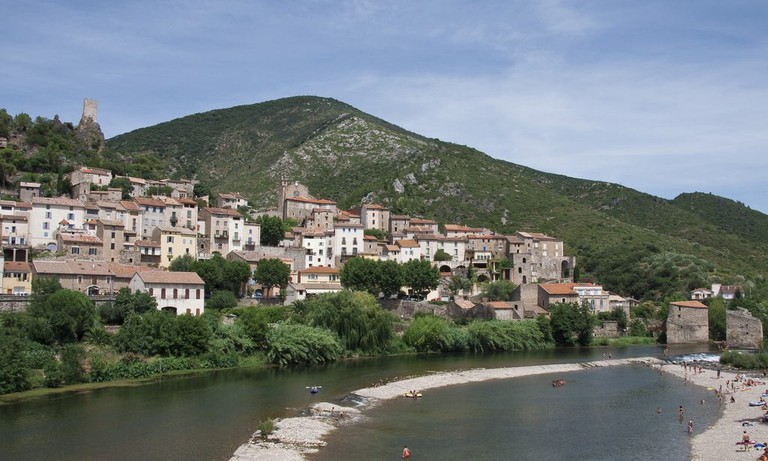 A little more on the map since the build of the Millau Viaduct, the Tarn gorge is a breathtaking canyon. Hiking, kayaking, caving, rock climbing and almost any other sport tempts visitors to its cliffs, plateaux and winding river. The nearest town for making your base in is Millau. 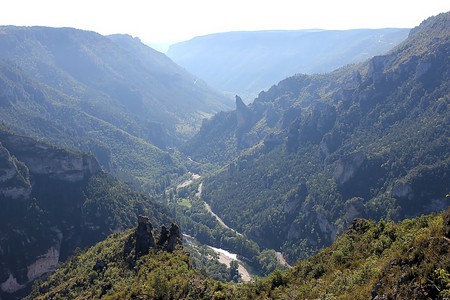