10 French Slogan Tees that Make No Sense in English 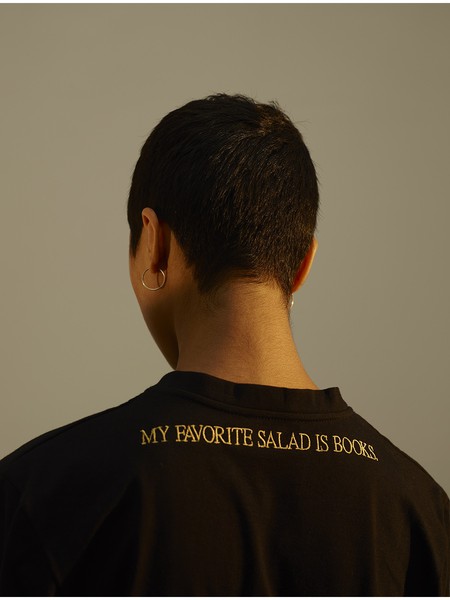 I’m a bird of careful

“I’m a bird of Careful” is the curious translation of the French proverb ‘Je suis un oiseau de bon augure’, about bringing good news. It’s the creation of Tostadora France who is a unique company. They own several branches across Europe, but the 350,000 designs available on their website are self-uploaded from 30,000 independent designers dotted across the globe. All the clothes are provided by a French brand named Sol’s. 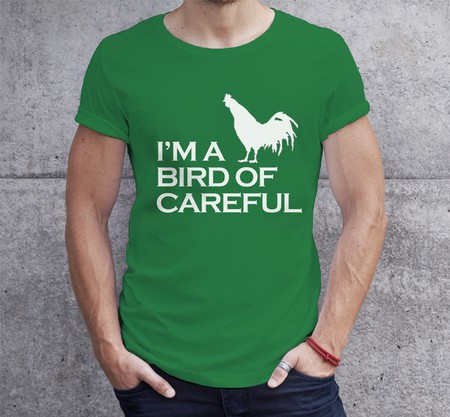 I'm a bird of careful | © Merodeando/Courtesy of Tostadora

My favorite salad is books

A salad made of books—a delicacy for bookworms if it was actually a real dish. Seemingly inspired by the strange book-salad slogan on the back, Proemes de Paris’ t-shirt then also has a curious embroidery of something half-snail, half-salad on the front pocket. It’s not quite clear where the snail came from, but its straight-cut unisex fit means it can be mulled over by men, women, and everyone in between—for the tender price of €85.00 ($101.35) that is.

From lost to the river

‘From Lost To The River’ seems obscure, but its enigmatic mystery is masking a powerful metaphor. After a little investigation, it seems the intended meaning is quite simple: it promotes the idea of risking everything because there’s nothing left to lose and everything to win. It’s based on the premise that if someone is lost in the middle of the forest and find their way to a river, then they can delight in freedom because, more often than not, a river is a sign of civilisation being near. 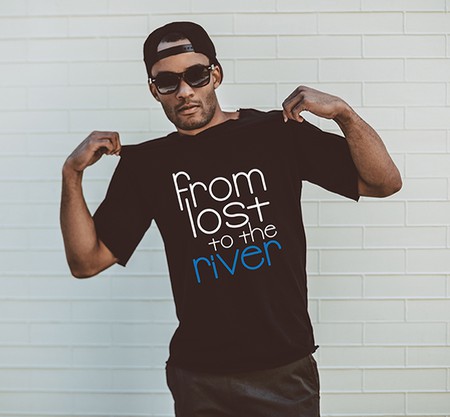 Tee-shirt From Lost to the River by Merodeando

I live to body of king

An explanation that could help the mangled semantics of this slogan tee out would be a miracle. Even taking a wild guess and adding some of the missing words back in, ‘I live to the body of a king’, there’s no telling what it’s supposed to mean. Maybe it’s living by the rules of a royal lifestyle, striving towards a certain physique, or devoting one’s self to serving his majesty? It’s a mystery. 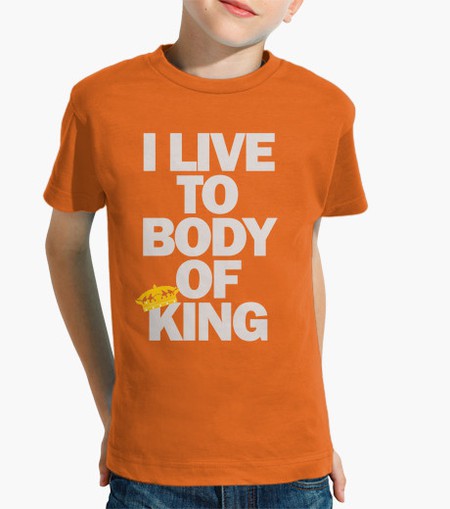 I live to body of king | © Merodeando/Courtesy of Tostadora

‘Read Green’ could easily be a careless typo or a slip on the keyboard when sent to print on this oversized green-collared shirt. The material is brightly coloured, so it’s clearly trying to say something about colour. However, what the slogan is really trying to get at is literature-based. The wordplay is secretly acting as propaganda: it aims to inspire a wider engagement with literature: ‘read’ as an order. Similar hidden literary messages feature throughout most of this brand’s clothing. 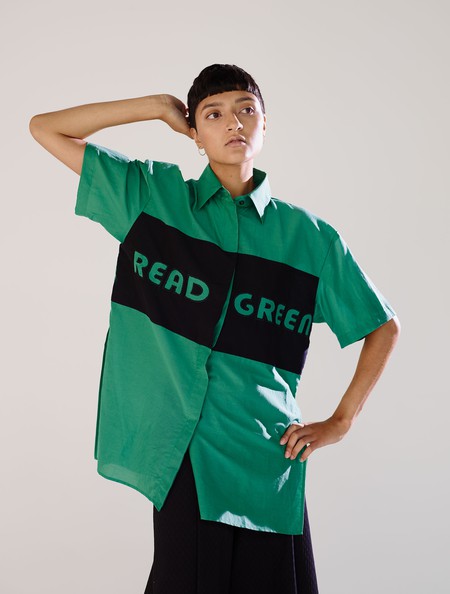 A little pinch of bananas

This charming printed short-sleeved T-shirt with round neck and pretty elasticated trim is from La Redoute. It flaunts a cute little dancing banana that flutters a lush pair of lashes above a cheeky smile. It’s cute also because of its translation, one that doesn’t really appear in French cookbooks and recipe guides. A bunch of bananas, yes. But a pinch? Can a banana come in pinches? And where would a pinch of banana even go? 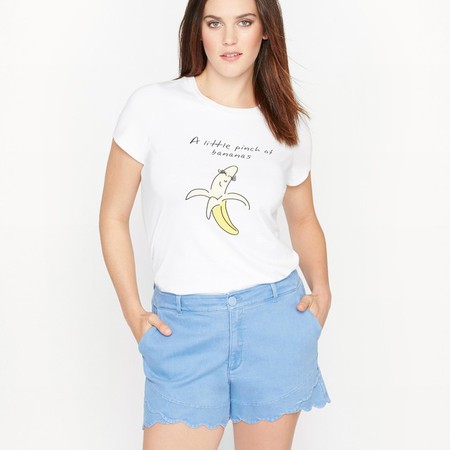 Tee-shirt A Little Pinch of Bananas

No prizes for guessing what this slogan t-shirt is supposed to look like—it’s inspired by one of the world’s most famous sports brands ‘Adidas’. It looks mistranslated, misspelled, or a word in Spanish. It’s still not clear why the symbol appears to be shivering, or where the ice—or is it fluff—came from. 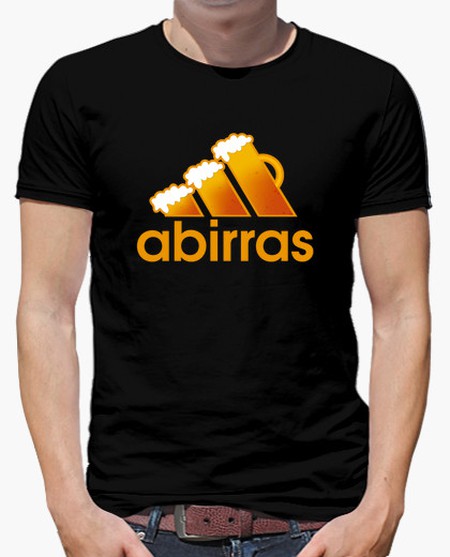 There are almost too many meanings here. At first, it seems to be promoting feminism as the answer to all problems and suggesting that worries are a waste of time when they could be turned into something productive. But then, thoughts of whether it actually means don’t be afraid or ashamed of embracing feminist thought publicly start. Soon after, the bouncy Bobby McFerrin tune pipes up: ‘Don’t worry, be happy’, stripping all seriousness out. Context is everything for avoiding confusion. 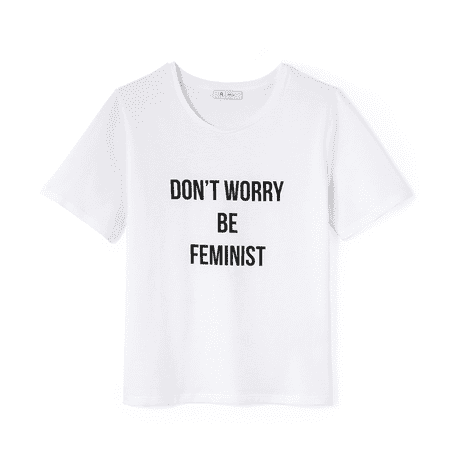 Another French t-shirt slogan that promotes the impossible papery diet of literature and books, this label is strongly influenced by literature, philosophy, and all the matters related to word construction, etymology, and semantic. They see a direct relation to fashion. A detox reading diet of poetry, philosophy, and novels here aims to purge the young generation of their over-reliance on computer screens and technology. 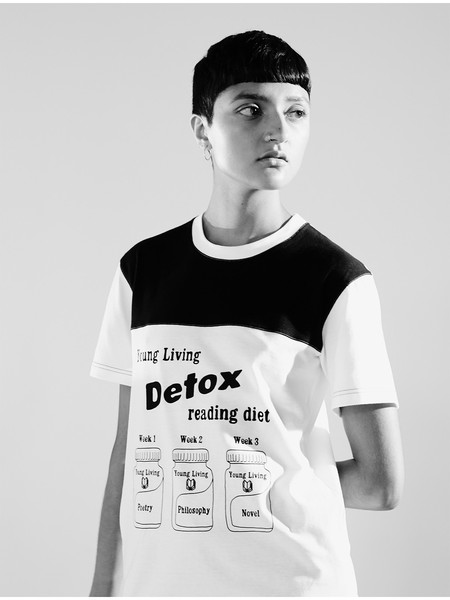 Love is like the wind, you can not see it feel

Love may well be like the wind, in the sense that it can’t be seen but felt. But a sentence that one slogan t-shirt by Bonprix promotes seems to have been shoved in a blender syntactically-speaking because it’s very confusing. In broken up and different-sized lettering, it tells us to ‘see it feel’, to watch the wind and take note of the traces of its touch like watching an empty packet of crisps blowing across the floor. Something is there, supposedly, but it can’t really be seen.