10 Best Things to Do in Quimper, Brittany's Oldest City 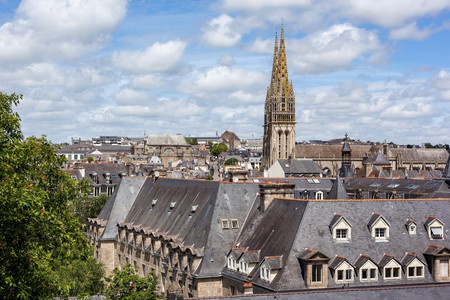 The attractive city of Quimper is the oldest in Brittany. Originally settled during Roman times, Quimper saw a significant economic boost from the 17th century due to its pottery industry and today, it’s still a bustling spot in the region, fiercely proud of its Celtic heritage and Breton culture. Here’s a list of the best things to see and do to get the most out of your trip here.

A quiet oasis in Quimper, protected by the old city wall ramparts, Le Jardin de la Retraite (Retirement Garden) is separated into four botanical sections, including a tropical garden with its very own banana collection, a grove of palm trees, a ‘dry garden’ with plants from Mexico, and more. One of the oldest plants in the gardens is a horse chestnut tree dating back 150 years. Open every day from 9am to 7.15pm.

Be awed by the Cathedrale St Corentin

Quimper’s cathedral was named St Corentin after the city’s first bishop, and is a spectacular sight. The city’s famous landmark is thought to be one of the best examples of Gothic religious architecture in Brittany. Construction began in the 12th century, with the spires being completed in 1856, with major restoration work being undertaken over the years. This cathedral, with its colourful 15th-century stained glass windows and beautiful detail, is best appreciated up close. 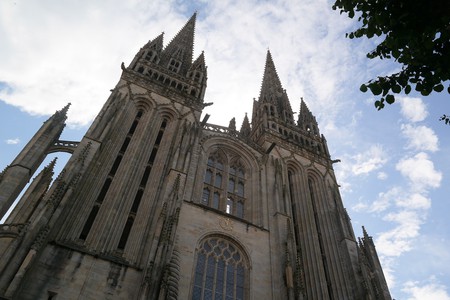 Stroll around the Musée des Beaux-Arts

This art museum in Quimper was founded when French engineer Jean-Marie de Silguy, left a legacy of around 3,000 paintings and drawings, as well as around 12,000 engravings, to the town of Quimper on the condition that it would build a museum to accommodate them. The beautiful façade of the Musée des Beaux-Arts opens up onto renovated spaces that are light and airy and perfect for a few hours spent wandering around, appreciating the artworks within. The museum is open from Wednesday to Monday; closed on Tuesdays.

On the banks of the River Odet, Château de Lanniron is the former summer residence of the bishops of Quimper. Set in around 38 hectares of parks and gardens, this beautiful oasis is only 20 minutes’ away from the city. The gardens, dating back to the 17th century, are well worth a visit. You can choose to explore on your own or there is the option of a guided tour. Free for children under six; adults pay on entry.

There’s nothing better than shopping at a French market! Especially if you’re staying in self-catered accommodation and looking for some local produce to cook with, or purely to inhale the atmosphere of market days. Les Halles Saint François is Quimper’s covered marketplace and most well-known market, running since 1847. Le Grand Marché, selling food and local products, takes place around the covered market and along a neighbouring street on Wednesday and Saturday mornings. Plenty of market choice! 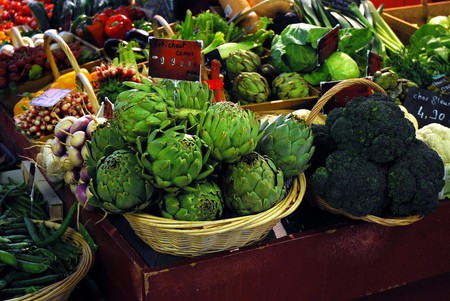 It was thanks to its pottery industry that Quimper had its economic boom in the 17th century, breathing more life into the city than ever before. Quimper’s pottery museum is a great stop to learn about the city’s relationship with this trade and skill through the ages. This compact museum is well worth an hour or two of your trip.

Walk around the medieval quarter

Quimper has a large medieval quarter that is completely pedestrianised and a joy to amble around. The half-timbered houses whose corbelled upper storeys are painted in different shades will make you feel like you’ve stepped back in time. Place au Beurre, which amusingly translates as Butter Square, is a pretty central square, perfect for stopping at a restaurant for a bite to eat, and Place Saint-Corentin, in the cathedral’s shadows, is great for a drink on a summer’s evening. 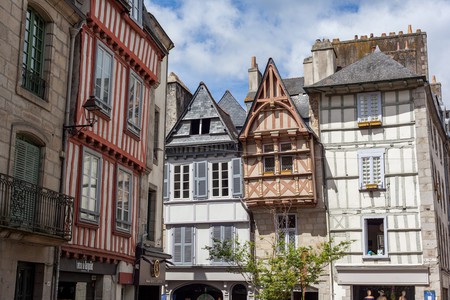 Climbing sharply from the left bank of the Odet river that runs through Quimper, is a small hill that provides great views over the rooftops of the city. It is said that during the Revolution, Quimper was briefly renamed “Montagne sur Odet” because of this small vantage point. Especially during the warmer months, it offers a welcome shady area.

Festival de Cornouaille has been held annually during the summer months in Quimper since 1923, and is one of the largest cultural events in Brittany. It is a celebration of the diversity of Breton culture and all kinds of entertainment takes place, from traditional dancing and costumes to bell-ringing and food. For five days a year, the city beats to the celebration drum and comes even more alive with the sound of locals and visitors celebrating the region’s past and future. This year, Festival de Cornouaille takes place from 24-29 July 2018. 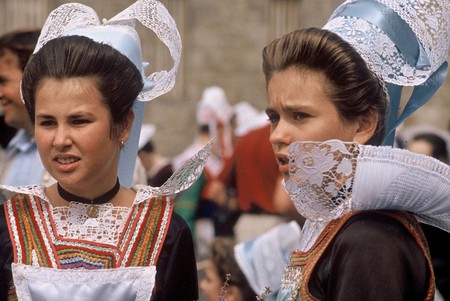 Snack on a crêpe

One of Brittany’s favourite snacks and main dish is the crêpe, both savoury (usually with buckwheat) and sweet (usually made with plain wheat flour). Make sure to enjoy this traditional dish at one of the city’s many crêperies or restaurants. Au Vieux Quimper is a favourite among locals and tourists alike. 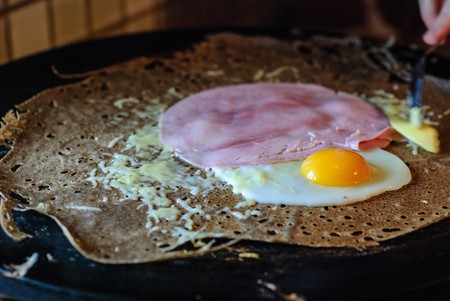