10 Astonishing Muses Who Deserve A Place In Art History 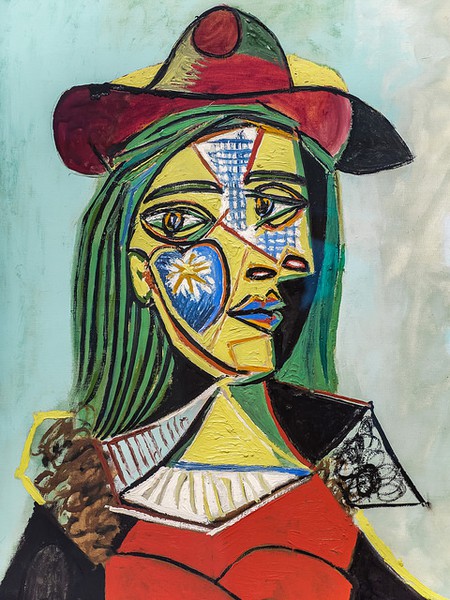 A muse is someone who provides a source of inspiration for an artist. Instilling a renewed sense of passion in the artist to create better works, the muse is often a female; however, many men have also provided artistic inspiration. From lovers to spouses to friends, inspiration comes from many different individuals. We’ve put together a list of some of the notable muses who have helped shaped artists; and in turn, great art.

Born Alice Prin in France, Kiki de Montparnasse was a nightclub singer, painter, actress, and model. Throughout her life, she inspired many artists — including Julien Mandel, Gustaw Gwozdecki, and Tsuguharu Foujita — from around the world; however, there is no doubt that she was Man Ray’s muse. They were companions for several years, during which Man Ray created numerous works (it’s said to be in the hundreds) inspired by this beauty. Le violon d’Ingres and Noire et Blanche are two of the most recognized works of Kiki by Man Ray. 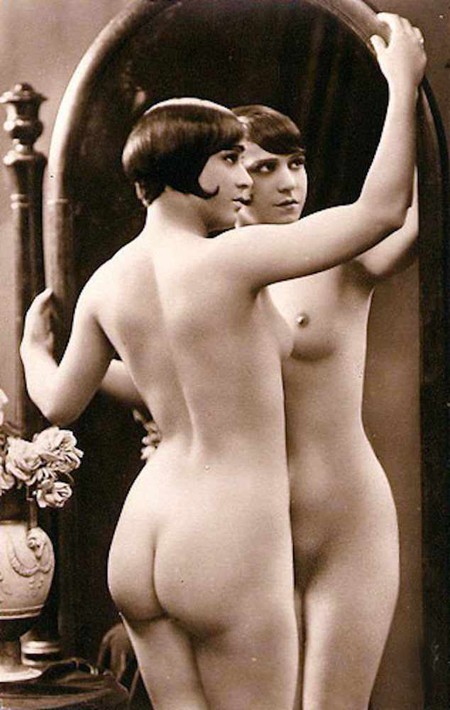 Inspiring some of Pablo Picasso’s greatest work, Marie-Thérèse Walter was not only the artist’s lover/mistress but also his muse. Picasso created more pieces of art inspired by Marie-Thérèse than any other woman. Indeed, there was even an exhibition, Picasso and Marie-Thérèse: L’amour fou, in 2011 that displayed works that featured her or were inspired by her. Some famous pieces depicting this French muse are Le Rêve and Nude, Green Leaves & Bust. While Picasso found another mistress, Marie-Thérèse never stopped loving him, and it’s believed he never stopped loving her — there is an abstract sculpture of her on his grave.

While not a lot of concrete information is known about Victorine Meurent, we do know that she was an artist herself who exhibited at the 1876 Salon, and she also inspired Édouard Manet who featured her in several paintings. Manet supposedly saw her making her way through the busy streets, inspiring him to paint in a new way and break away from the traditional academic style. Le Déjeuner sur L’Herbe and Olympia are two of the most recognizable paintings for which Victorine modeled. Both of these works feature a nude Victorine in a nonchalant manner, which was quite shocking for the time. 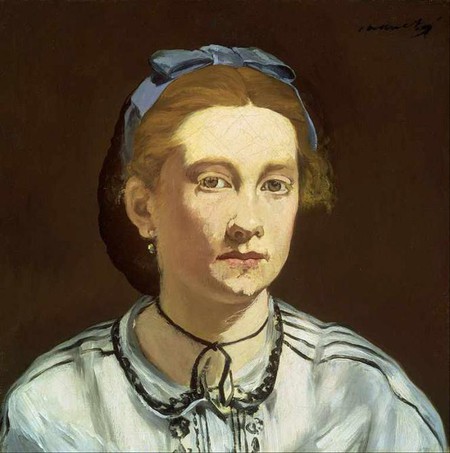 A troubled man with a crime-ridden past who also suffered from depression, George Dyer was Francis Bacon’s muse and lover. While many believe they met when Dyer was breaking into Bacon’s house, others say they met in a pub. Either way, there is no doubt that Dyer inspired Bacon to create many incredible pieces of art brimming with intensity. From The Portrait of George Dyer in a Mirror to Portrait of George Dyer Talking to Triptych – August 1972, which is a highly emotional piece created after Dyer tragically took his own life, it is easy to see the effect Dyer had on Bacon.

While many artists had their wives or husbands model for them, they weren’t necessarily muses. Gala Diakonova, on the other hand, was definitely a muse for her husband Salvador Dalí along with many other surrealist artists of the time, including first husband Paul Éluard, Max Ernst and André Breton. Gala not only posed for Dalí in works such as Portrait of Galarina, Leda Atomica, and Galatea of the Spheres but also acted as his manager. Dalí was so taken and inspired by his wife that he often signed both of their names on his works. 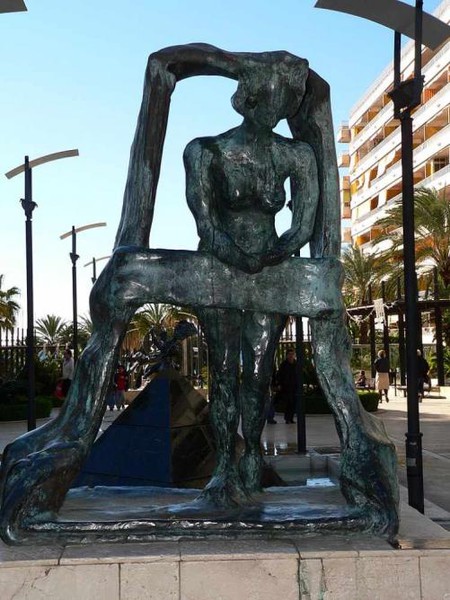 Andrew Wyeth was an American painter known for his works that depicted rural America and its everyday people. Beginning in 1970 for about 15 years, Wyeth created some 240 pieces of art depicting a beautiful German woman named Helga Testorf. All of these works, known as The Helga Pictures, were kept hidden — even Wyeth’s wife did not know about them for several years — and came to light in 1987 with an exhibition at the National Gallery of Art. Because many of the works were intimate nudes, many people believed at the time that they were lovers, but today, it’s widely believed that she was just a source of inspiration.

Like other muses, Elizabeth Siddal, widely known as Lizzie, was also an artist. Inspiring many Pre-Raphaelites, including Walter Deverell, William Holman Hunt, and John Everett Millais, Lizzie truly inspired her husband, Dante Gabriel Rossetti. While they had a volatile relationship, there is no doubt that Rossetti was truly captivated by Lizzie, depicting her in numerous works. In one of his most famous paintings Beata Beatrix, created after Lizzie died, Rossetti modeled the character Beatrice Portinari after Lizzie as a tribute. 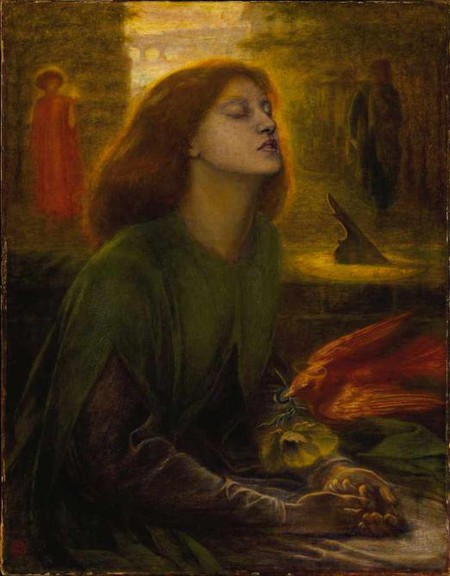 Emilie Flöge was an Austrian seamstress and fashion designer who was very much ahead of her time, creating beautiful dresses that many people didn’t understand. Gustav Klimt, known for his beautiful decorative paintings, did understand her designs, and they grew close, becoming life-long companions. He painted her over the years — she may be the model in The Kiss — and even designed some dresses for her company while she designed gowns for his paintings. They were partners — friends or more, nobody really knows — until Klimt’s death when his final words were supposedly ‘Get Emilie.’ 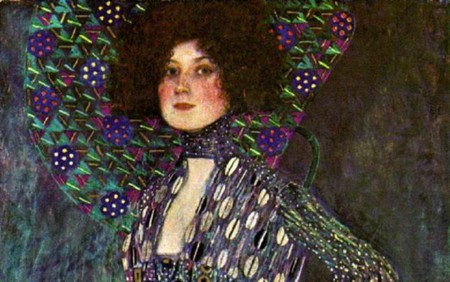 Saskia van Uylenburgh was not only Rembrandt Harmensz van Rijn’s wife but also his muse. Known as a portraitist, Rembrandt was adamant on depicting his subjects with care and accuracy, and things were no different when it came to depicting his wife. Over the years, he created numerous paintings and drawings inspired by his wife. From drawings of Saskia lying in bed to allegorical paintings, he managed to show his love for his wife by depicting these works in tender, loving manners. 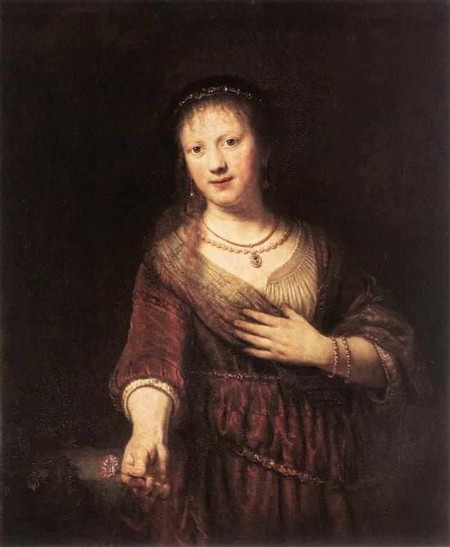 French artist Camille Claudel had a passion for sculpting. Indeed, her work is incredible and only within the past decade or so has it received the attention it deserves. Best known as being Auguste Rodin’s assistant who helped him on numerous works, she was also his lover and muse, providing him with a great source of inspiration. While their relationship was tumultuous to say the least, Rodin sculpted portraits of Camille and vice verse — you might even say Rodin was Camille’s muse. 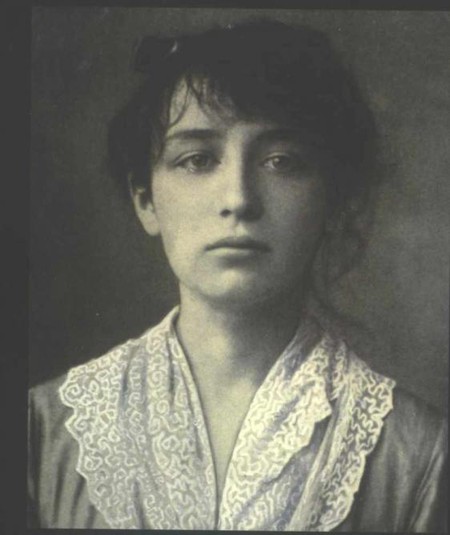