You Can Now Experience 'Murder on the Orient Express'... For Real! 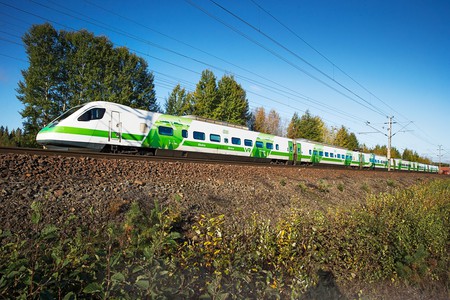 With 20th Century Fox’s hit adaptation of the Agatha Christie favourite still in cinemas, Finnish National Railways (VR) are set to launch a real-life murder mystery on a moving train. 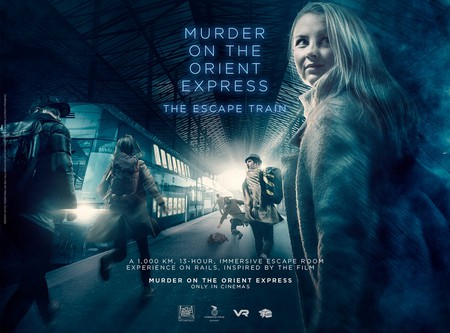 Are you brave enough to get on this train? | Courtesy of Finnish National Railways

Billed as ‘The Escape Train’, two teams will be led by celebrity captains and have to uncover the mystery over the course of a long-distance journey travelling from Helsinki to Rovaniemi (the capital of Lapland).

‘We are a partner of Nordisk Film, the distributor of the film [Murder on the Orient Express] in Finland and we saw a unique opportunity here to utilise the partnership by bringing the film to life,’ says Outi Lahtinen, Marketing Manager for the Finnish National Railways. ‘Solving puzzles is an essential part of escape rooms and that is why this seemed like a good fit. At the same time, this in an opportunity to delight the movie buffs and escape room fans.’

The immersive escape room experience will last for the 1,000-kilometre (621-mile) journey and unfold over 13 hours. It’s unlikely to be a coincidence that the event takes place on December 13…

Departing at 18:49 and (hopefully) arriving 13 hours later, The Escape Train will have two wholly dedicated carriages for players to explore. Passengers will be found through an online competition. The story will be similar to that of the book and recent film adaptation, but will feature all-new characters given a uniquely Finnish spin. 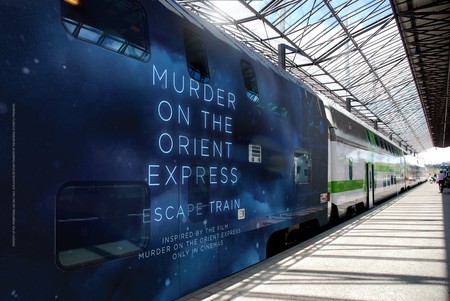 Designed by InsideOut Escape Games, one of the pioneers of the escape rooms genre in Finland, tasks will be inspired by the movie with more than a dozen separate cabins to be explored.

‘This is a rare opportunity to build a whole new type of game. It taking place on an actual train, with other passengers on board, adds a lot to the dynamics of an escape room experience,’ explains Ágnes Kaszás from InsideOut Escape Games. ‘To my knowledge, it is the longest-running game ever made, and we are very excited to be able to design it in the spirit of the new hit movie. It’s a dream come true, both for us and the players!’

This isn’t the first stunt the VR team have pulled off. Last May the company painted black and white masks in the style of the band KISS on to the four Men of Rock statues at Helsinki Central Station.

Finland is set to be in sharp focus in December as the country celebrates the centenary of its independence on December 6.