Why You Should Visit Finland's Rokua Geopark, the World's Northernmost UNESCO Global Geopark 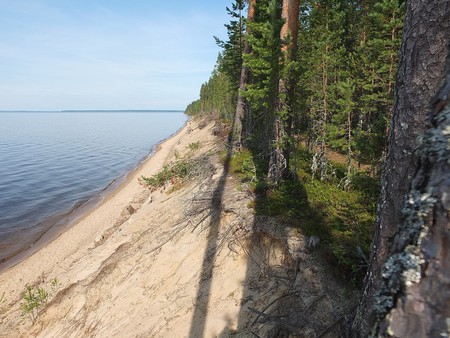 Of all of Finland’s natural sites, the Rokua Geopark near Oulu is not only one of the most beautiful but also the most significant for its natural history. There are 127 UNESCO global geoparks of great geographical significance in the world, each with its own theme. The theme of Rokua, the northernmost of all the world’s parks, is the Ice Age since the area is a great example of a landscape shaped by the last Ice Age 10,000 years ago – although the geology of the area goes back much further. 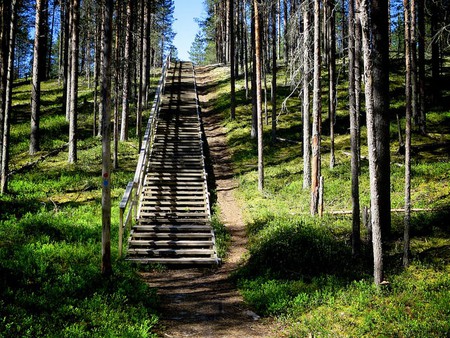 Throughout Rokua you will see many huge exposed rocks jutting out seemingly at random all over the landscape and still containing scratches left by glaciation. These rocks are so ancient that it is almost difficult to imagine. The park contains some of the oldest rocks in Europe, including the oldest known individual rock in the European Union at 2.5 million years old, and the oldest bedrock in the European Union at a whopping 2.7 billion years old (making it nearly half the age of the Earth itself). The pine forests are also ancient and largely untouched, a great rarity in Finland. 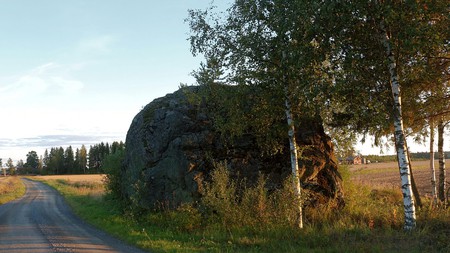 An example of an ‘isokivi’ (big stone) left over from glaciation. | © Auvo Korpi / Flickr

The human history of the area is far more recent by comparison, but still ancient by our standards. Rokua contains archaeological sites dating back to the Stone Age, not long after the Ice Age ended, including housing foundations and game trap pits. The area also has buildings dating back to the 17th century and many attractive wooden churches, the oldest being Muhos, which dates back to 1634. 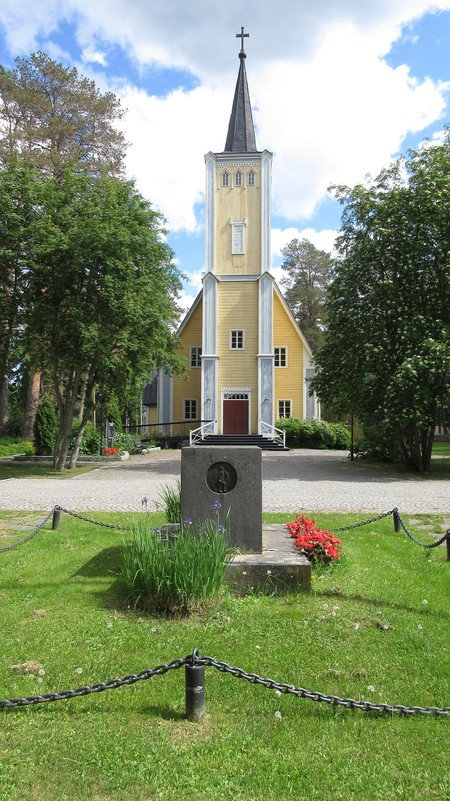 The old wooden church in Muhos, dating from 1634. | © tunturisusi / Pixabay

The power of water

Like all of Finland, Rokua is dominated by bodies of water that have been forming for millions of years. Lake Oulujärvi is the fourth largest lake in Finland (an impressive feat considering the country has 187,888 lakes) with over 650 islands dotted across it. The Ice Age has also left many kettle holes – shallow bodies of water filled with sediment. Rokua contains Finland’s deepest kettle hole called Syvyydenkaivo or ‘the Well of Deepness’, which is 50 meters deep. 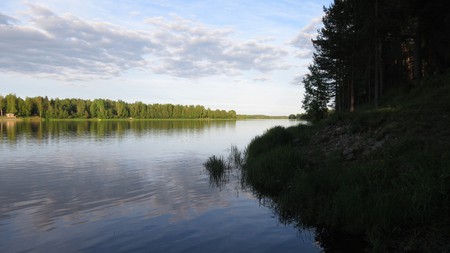 At over 100 kilometers in length, the Oulujoki river is one of the longest in Finland and is responsible for producing much of the country’s hydroelectric power with several power stations on the river. 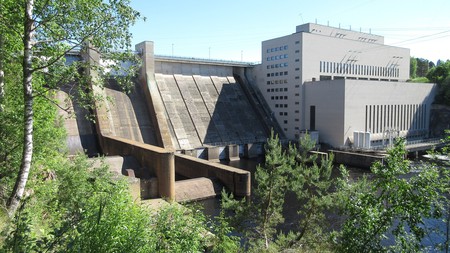 One of the hydroelectric power stations on the Oulujoki river, Finland | © tunturisusi / Pixabay

These beautiful, historic surroundings make Rokua an attractive place for popular outdoor sports and activities, enough that the park was voted as the Finnish Outdoor Destination of the Year for 2018. In the summer visitors enjoy hiking, cycling, fishing, berry and mushroom picking, golf, and canoeing. Even in the winter people can explore the park on cross-country skis or snowshoes, or even cross the frozen lakes while Nordic walking. 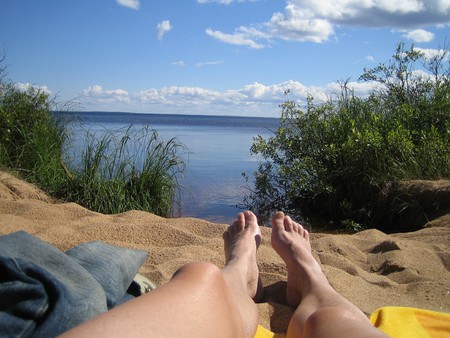 There is a lot of local arts and culture to be found in Rokua too. The Kassu Halonen Art House on Manamansalo island promotes folk art and music with regular exhibits and concerts. The Terttu Jurvakainen Art Gallery in Muhos hosts summer exhibits of paintings, sculpture, ceramics, and glassware. The Kankari Art Villa close to Lake Oulujärvi holds art exhibits in a converted village school building. 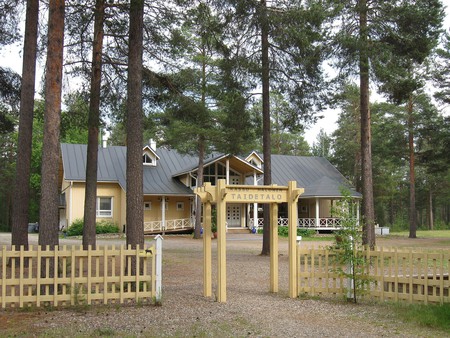