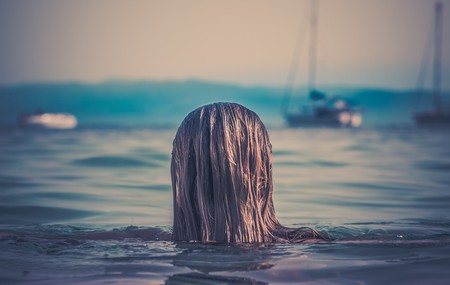 Finland has many accomplishments to be proud of; advances in the tech field, a strong stance on gender equality, and one of the world’s best green policies. But how could skinny dipping be among its lofty achievements?

Over the weekend of July 15th, 789 volunteers at the Ilosaarirock music festival in Joensuu, Eastern Finland, gathered together and broke the world record for the biggest naked swim, as reported by the BBC. This was the festival’s third attempt at breaking the record, which was achieved this year thanks to warmer weather prompting more revellers to ‘take the plunge’. The previous record was made in Perth in 2015, but the Finnish group broke it by just three participants. 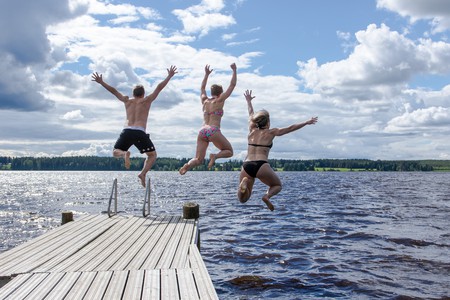 Finland’s looser stance on nudity is perhaps the most baffling cultural confusion to foreign visitors, since to the rest of the world skinny dipping is viewed as something naughty. It is not as if Finns walk around in public half naked, in fact during most of the year they have to pile on the layers. The un-squeamish attitude to nudity and group bathing is thanks to the country’s long tradition of taking saunas together. This practice has been going on for thousands of years and survives today. People of the same gender or married couples regularly use the sauna together as a bonding activity then cool off with a dip in the lake or sea. 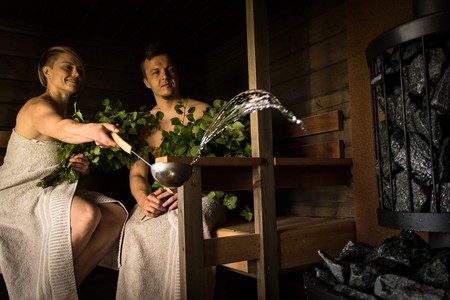 It also has numerous health benefits along with the social function. Saunas are great for the skin, help smokers to sweat the nicotine out of their bodies, strengthen the immune system, and make people less susceptible to heat stroke among other benefits.

Even the Finnish tourism board is making saunas and naked swimming a part of their marketing campaign to attract more visitors. They are plugged as unique and quirky Finnish activities for improving health and promoting a positive body image. Even ice swimming in holes cut into ice is being advertised to tourists, since many people in Lapland still start their day with a swim in the frozen water to boost their energy. 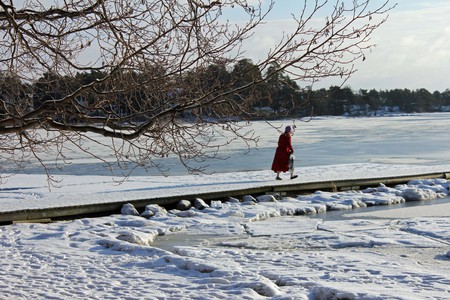 If you do want to try it yourself, you don’t necessarily have to skinny dip with 700 people. There are thousands of saunas in Finland, many of them located next to bodies of water which you can dive into afterwards. Many public swimming pools permit skinny dipping as well. At the historic Yrjönkatu swimming hall in Helsinki, for example, wearing a swimsuit is optional, and the swimsuit option wasn’t even introduced until 2001.

Swimsuits are required at most public swimming holes on lakes, since they are frequently visited by children. But at private locations or places where you aren’t likely to be spotted, it is perfectly permissible to strip off and jump into the water.

Ice swimming is the hard core version of skinny dipping – which isn’t recommended for the uninitiated due to the initial shock to the system. But if you do believe you can handle it, there are hundreds of staffed ice holes which you can swim in. 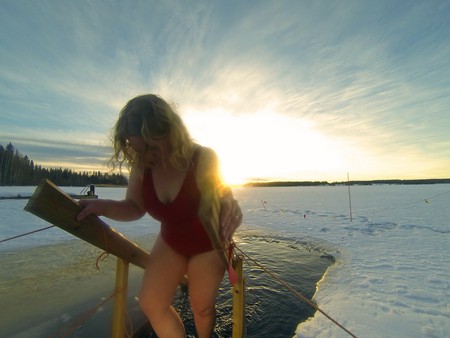 An ice swimming hole / Visit Lakeland / Flickr
Give us feedback