Why Helsinki Is Becoming the Coolest City in Europe for Music

Gone are the days when Helsinki was just known for being the heavy metal capital of the world. It’s still heaven for headbangers but it’s also blossomed into one of the most happening cities in Europe for music.

With its cutting edge venues, new festivals and various gigs, the Finnish city has emerged as the place to go for music lovers.

Here, we round up why Helsinki is giving the likes of London and Paris a run for their money. 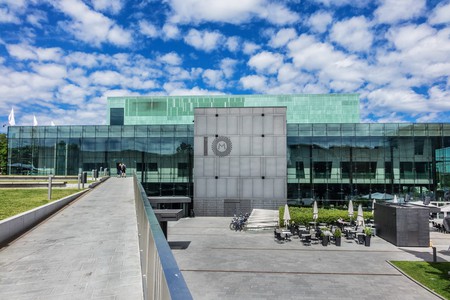 It has an outstanding music complex

Helsinki Music Centre, which was opened in 2011, is one of the most spectacular concert halls in the world. It’s home to Sibelius Academy and two symphony orchestras, the Finnish Radio Symphony Orchestra and the Helsinki Philharmonic Orchestra. With its minimalist architecture and first-rate acoustics, it’s a must-visit for any music fan. 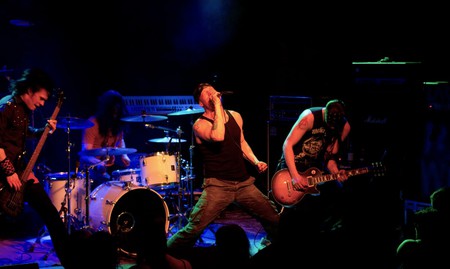 It has trendy venues

Tavastia is the go-to venue for high-profile Finnish and international acts. Nick Cave, Tom Waits, Nico and John Lee Hooker have all played there. With a capacity of 700, it’s relatively cosy, but for the best view head to the balcony. It’s one of the oldest rock clubs in Europe that’s still in use.

Nosturi is a club located by the sea in downtown Helsinki. The former warehouse also houses offices, rehearsal rooms and a restaurant. It caters to a wide range of events including raves, concerts, plays and exhibitions. It’s also one of the few venues to allow under 18s into shows if they’re accompanied by an adult.

Happy Jazz Club Storyville, which can be found behind the Parliament building, is the place to go for jazz and blues gigs. Apollo Live Club puts on a varied selection of stand-up comedy and live music while Kuudes Linja is an intimate space for DJs and gigs. 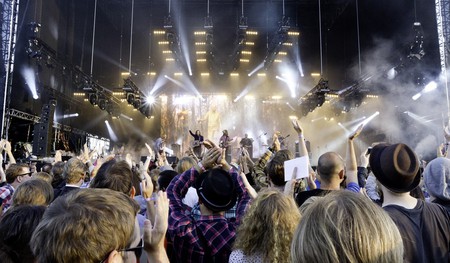 It has cool music festivals

Move over Primavera Sound and Roskilde, there’s a new hipster indie festival in town. Flow Festival has been running since 2004 but has gained prominence for its incredible line-ups. Lana Del Rey, The xx, Frank Ocean, Flume, London Grammar, Goldfrapp and Aphex Twin played this year. One of the venues at Flor Festival, which was set up to introduce new music to the Finnish scene, is a defunct power plant.

And cultural ones too

The Helsinki Festival is the largest multi-arts festival in Finland. Every summer they host a range of gigs, some free, catering to all kinds of music tastes including classical, world and pop. Want to see an orchestra playing on top of a tram stop? They’ve got you covered.

There are plenty of other art, film and dance events taking place too. One of the main events is called ‘Night of the Arts’, when anyone is allowed to perform outdoors in the parks and streets of Helsinki.

It has the best record shops

There are several top-notch record shops in the city. Eronen has a fantastic selection of soul, reggae, dub and salsa while Digelius is the place to go for rare jazz albums. Black & White Records is one of the oldest and biggest record stores in Helsinki with a massive selection of CDs and vinyl in all genres.