Why Does Finland Have So Many Wacky Sports Events?

Finland is developing somewhat of a reputation lately as a quirky nation with strange tastes. It is the country which enjoys salty liquorice, skinny dipping, and stories about cuddly trolls, after all. Strangest of all are some of the popular sporting events which draw thousands of contestants and spectators every year. Here’s a round-up of a few.

Soccer has never been all that common in Finland – unless it is played in a swamp, that is. Finns have made the game much more exciting by playing it in swampy ground and struggling through thick mud to get to the ball. If you ever thought soccer was difficult, imagine playing it while up to your knees in mud. 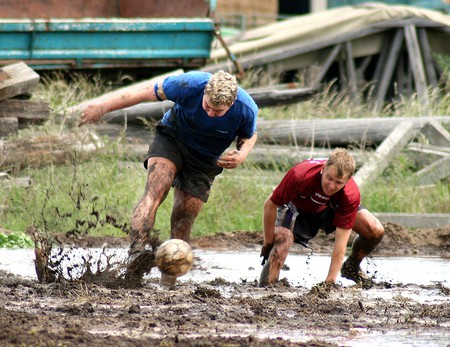 In this sport, men race while carrying a female partner, usually their wife, over various obstacles. It may sound dangerous and even degrading, especially since it is said to originate from men literally stealing other people’s wives. However, the modern sport is all about the fun. In fact, one of the official rules is that all participants must enjoy themselves and there are additional prizes for the best costumes and the most entertaining couple. It even demonstrates a strong level of trust between husband and wife! 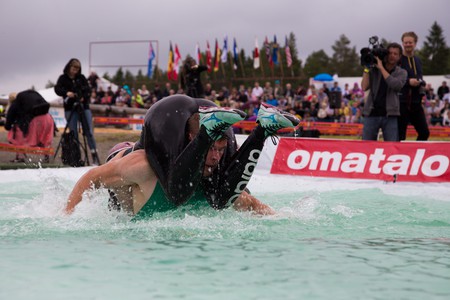 The Air Guitar World Championships celebrate the fun showmanship of music, and all in the name of world peace with the slogan ‘make air, not war’. Contestants dress up in outrageous costumes and mime to their chosen song. It sounds easy but the judging standards are incredibly strict, meaning that if you do manage to qualify for the world championships, it means you have a special talent for air guitar! 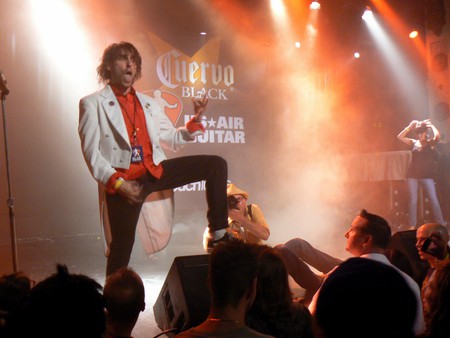 US qualifier for the air guitar championship | © Benny Mazur / Flickr

Why so many weird sports?

Most of these events began as one-offs, but they were so popular that they continued in subsequent years. Finland does take professional sports seriously, especially the national sport of ice hockey, in which Finnish players are some of the best in the world. But not everyone can be a championship ice hockey player and some people prefer to play friendly games with less pressure to win. That is why these contests appeal so much. They may be tough and competitive, but are played for the fun factor more than anything else.

While they may not have grown in popularity as much as they have in Finland, most of these sports are beginning to gain traction internationally. There are an estimated 100 swamp soccer teams outside of Finland, wife carrying contests held worldwide, and qualifiers for the air guitar championship in several countries. If you can’t find any of these events or teams near you, you could always start one yourself. Enthusiasts will be supportive, as they are eager for their favourite sports to increase in popularity around the globe. 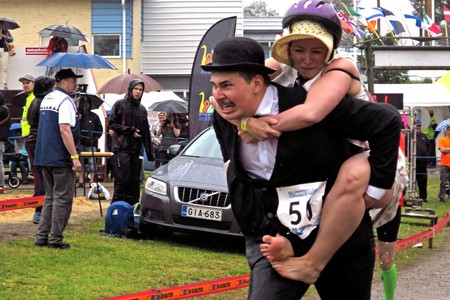 There aren’t any restrictions for non-Finnish players to compete in the championships in Finland either. In fact, both the wife carrying and air guitar champions from 2016 were from Russia. All you need to do is read up on the qualifying regulations and get practising. If you prefer to watch as a spectator, you’d best book your tickets early as these events attract heavy crowds. Many of the finals are broadcast as live streams too, in case you can’t make it to Finland to watch.