Ask a creative which countries they’d love to live in, and Finland probably won’t be that high up on their list. It receives some of the lowest immigration statistics in the entire European Union. But a few are beginning to break this trend and move to the remote Finnish countryside, transforming their creative output.

Why Do Creatives Love Finland?

There are a lot of obvious draws that make the Finnish countryside an attractive place to work. The isolation, often on private islands or in lakeside cabins, gives people the space and peace they need to focus on their work without interruptions. Going off the grid means there are fewer distractions to cause procrastination, the creator’s greatest enemy. Being surrounded by nature can also provide inspiration.

Many people are finding that renting or buying property and studio space is much cheaper in Finland, too. Numbeo reports that on average, rent is 25% cheaper in Finland than it is in the United States, with other essentials such as utilities and childcare also being significantly less expensive. In some parts of Finland, a three-bedroom cottage can rent for as little as $1,000 per month, compared to around $1,500 in many parts of the USA, or three times that in a major city. 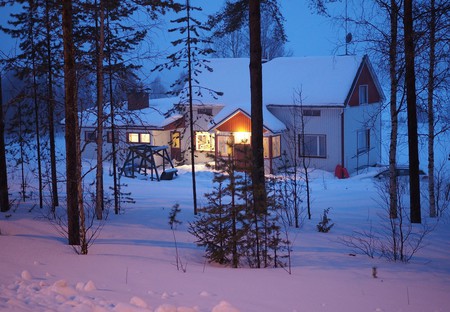 None of this would have been possible even just a few years ago, but advances in information technology and increased connectivity now mean that it’s possible to earn a living from anywhere, even the most remote parts of Scandinavia. Finland has some of the fastest internet speeds in the world, even in remote locations, and internet access is considered a basic human right here.

Isolation can be a problem, however, and make it more difficult for artists to network or to find an audience for their work. There is, however, a dedicated artistic community in Finland. Workshops, adult education classes and artists’ associations are common, helping people to develop their skills and sell their works.

In addition, Finland now has its first town for artists. Fiskars in southern Finland managed to avoid poverty after the closure of its knife-making factories by re-inventing itself as a haven for creatives. The town has incredibly strict standards for any creatives who wish to move here, as they must demonstrate an ability to make a sustainable living from their works. This makes Fiskars a thriving community of creators, rather than a town full of starving artists and trust-fund hipsters, which in turn makes the town attractive to tourists. 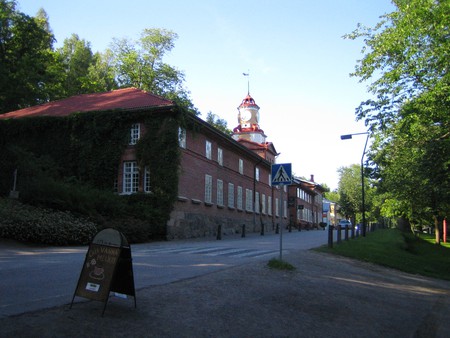 Communities such as this one are now beginning to attract creatives from abroad. British textile artist Deepa Panchamia told The Smithsonian Magazine that she found Fiskars a much better place to work than London because of the lack of distractions, allowing her to focus fully on her creative works.

The remoteness of the Finnish countryside and its cold winters aren’t for everyone, but increased interest in Finland and its creative industry may cause even more artists to find homes here in the future.