What We Can Learn From Finland's 'Forest Schools'

An unusual but highly effective early education movement from Finland that is gaining popularity worldwide is the concept of ‘forest schools’. These are classes for kindergarten and pre-school age children where they can spend up to 95% of the school day outdoors in the wilderness exploring, playing, and learning about the world around them.

The idea of outdoor learning has been around for centuries, particularly in Scandinavia due to the numerous rural forest communities. It wasn’t unusual for children to spend the entire day outdoors playing and learning about the natural world.

Increased urbanisation cut down on the amount of open wilderness for children to play in, so the idea all but died out. During the 1950s, schools in the Nordic regions started to introduce a morning walk into the timetable and it quickly became the highlight of the children’s day. In the 1970s, when the rest of the world was moving to a results-based curriculum, Scandinavian teachers saw the positive effects that the nature walks were having on young students and forest schools began to grow in popularity.

When educators from other nations visited the schools to see why they were scoring so much higher and saw the benefits for themselves, they too began to adapt them to their own curriculums. These are just some of the top benefits that both parents and teachers see from forest schools: 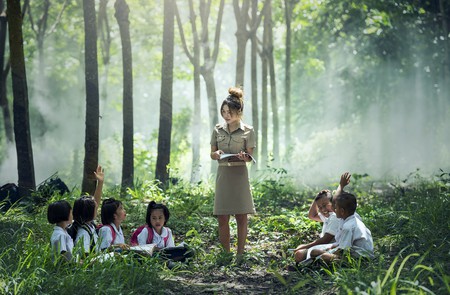 Any parent or teacher of young children will tell you how difficult it is to convince them to sit still and be quiet, as they haven’t yet adapted to the classroom environment. Being out in nature and combining learning through play is how young children learn and engage with the world around them. It is much more effective for them to pick up a rock or see a butterfly than to just hear someone talk about them. They are more likely to learn if they can count trees or identify the colours of flowers, rather than go over endless classroom drills. 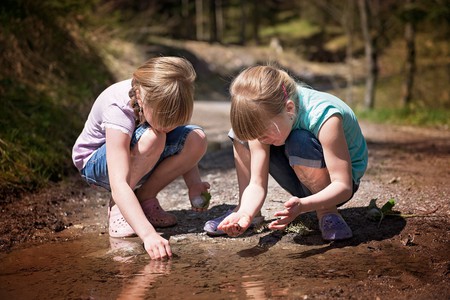 Many parents might be horrified about the idea of children getting dirty or being out in all weathers, but forest schools are actually much better for children’s health. Not only are they getting good exercise being outdoors, but the fresh air also boosts their immunity and they are less likely to get sick as a result.

Being a kindergarten teacher is a stressful job, but outdoor lessons can reduce stress levels exponentially. It is much easier for a teacher to control a class that is engaged and fascinated in the lesson, rather than trying to calm a classroom of bored and frustrated children. There is also less need for a structured lesson plan, as teachers can base the day’s learning on whatever they happen to come across.

Forest schools have less of an emphasis on tests and scores, yet still see much better results. They have been proven to improve skills in mathematics, reading, listening, critical thinking, and writing. It is an essential starting point that helps the students when they advance to the next stage of education.

It may not seem like it at first, but playing outside really does improve a child’s social skills. Playing together more frequently helps children learn how to socialise much more than the classroom setting does. It can even alleviate symptoms of ADHD and increase children’s self-esteem and self-confidence. 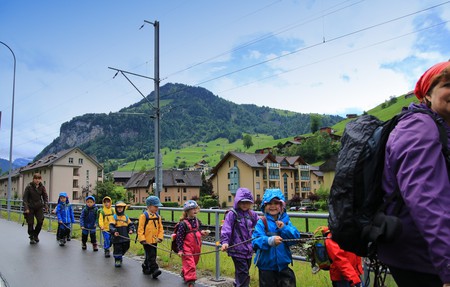 It is unfair that children from wealthier backgrounds do better at school, as they have access to better teaching and resources. Forest schools even the playing field and make the same education accessible to all children, no matter what their economic background is, for a low cost.