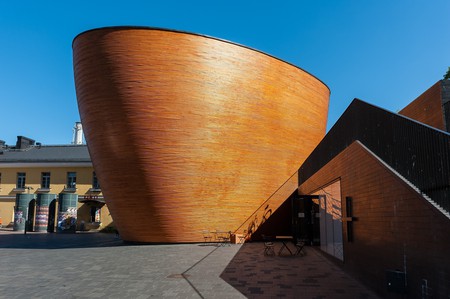 At a time when life seems to become more hectic by the second, a small church in Helsinki has been built to counteract this trend and provide a place of peace and contemplation. Even more amazing is that this is accomplished in the busiest part of one of Scandinavia’s largest cities.

What is the silent chapel?

Kamppi Chapel, which is usually known as The Chapel of Silence, is a tiny church built from Finnish alder wood with only a few dozen seats. It is right next to the Kamppi Shopping Centre and only a few streets away from the Helsinki central station, which brings about 200,000 people into the city center every day. 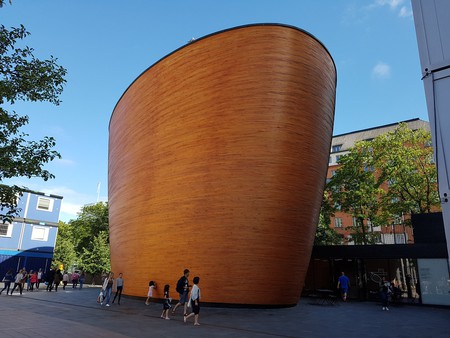 The church does not hold religious services such as weddings or baptisms (although it does host prayer meetings) but instead offers a place for people to sit in silence to rest, pray, meditate, or just get away from the noise of the city for a while. While it is officially a Finnish Lutheran church, as an ecumenical chapel it is open to anybody regardless of religion, race, or background. The lobby area (located in an adjacent stone building) allows anybody to speak with clerical or social workers without booking an appointment and holds information on city services. Despite the chapel’s small size, it still attracts over 500,000 visitors each year. 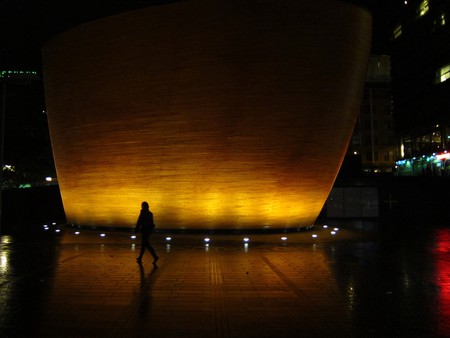 The Kamppi Chapel of Silence at night. | © Alberto Garcia / Flickr

The architecture of the Chapel of Silence, which was designed by K2S Architects, has a unique design that sometimes makes it difficult to identify the building as a church. The exterior resembles a giant wooden bowl, completely round and slightly taller on one side than the other. 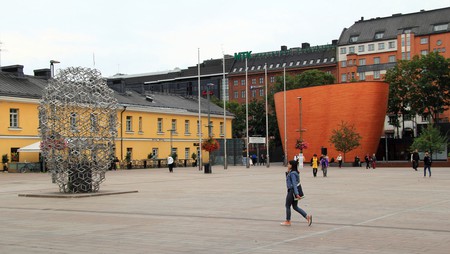 The interior reflects Scandinavia’s love for minimalistic yet effective design. Every inch of it makes the chapel a heaven of solitude and comfort with its rounded walls and high ceilings. Despite the lack of windows, the chapel still feels light and warm, even during the dark Scandinavian winter. Looking up from the inside, the ceiling resembles an egg shape lit by the skylight that resembles a halo. The only objects in the chapel space are the pews, the altar, and a candelabra – all of which are also made from Finnish wood. 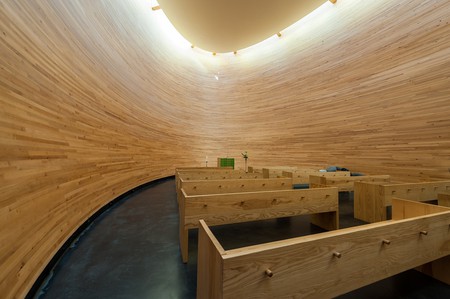 The next time you are in central Helsinki and feel tired, overwhelmed, or stressed, head to the Kamppi Chapel and see why taking a moment of silence is so important in our busy, modern life.