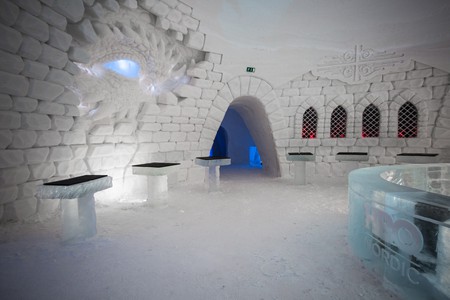 Far up in northern Finland, almost 200 kilometres over the Arctic Circle, lies a fairy-tale world made from snow and ice. This Game of Thrones-inspired wintery hotel is truly a once in a lifetime, magical experience!

The SnowVillage is a popular destination in Kittilä, in Finnish Lapland, near the skiing slopes of Levi and the Pallas-Yllästunturi National Park. Each year about 20 million kilos of snow and 350,000 kilos of crystal-clear natural ice are used to sculpt the spectacular village made of snow.

The SnowVillage consists also of a Snow Hotel with its own Ice Restaurant, Ice Bar and Chapel. This year, the entire hotel was inspired by the hit TV series Game of Thrones and created in cooperation with HBO Nordic. 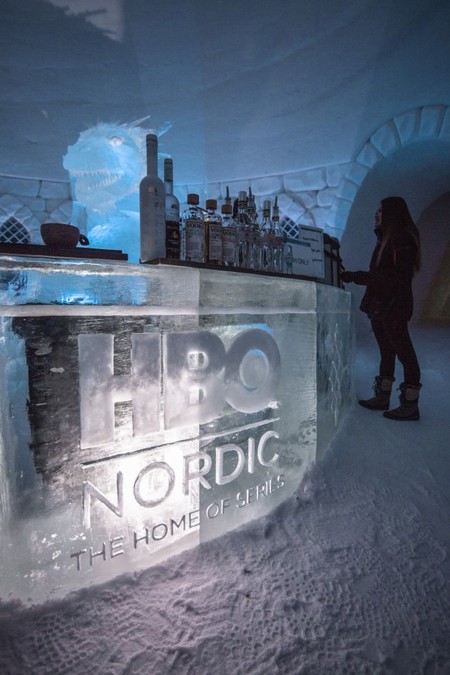 The hotel was open for the winter season 2017–2018 and immediately attracted attention on social media due to its Game of Thrones theme. Each year, the various snow hotels in Lapland melt away, offering visitors a truly once-in-a-lifetime hotel experience!

The entrance to the hotel leads to a world of snow white and crystal blue magic. The entrance was sculpted by the brothers Rami and Tomi Kurtakko, who have been building snow structures all over the world for over a decade.

There were multiple Game of Thrones-inspired features in the Snow Hotel. For example, an icy dragon with glowing blue eyes guarded the Ice Lounge, and the tables, also made of ice, were adorned with Game of Thrones heralds. The most intriguing space was the throne hall. From here, a corridor leads to a chapel, where modern-day princes and princess could get married. 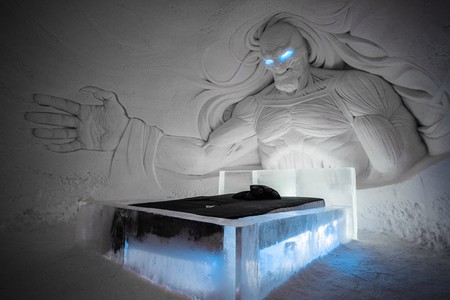 The hotel had 14 rooms and 10 suites. The rooms were designed by sculptors from, for example, Poland and Latvia, and they are lit with different coloured lights to emphasise the sculptures. The most popular room was the magnificent room where a White Walker with his glowing blue eyes loomed over the bed.

The Game of Thrones-inspired SnowVillage was made of 40,000 cubic metres of snow and almost 400,000 kilograms of ice. Fifty construction workers built the site in a month. The SnowVillage was open from the beginning of December 2017 to April 2018.

A truly unique travel experience, the SnowVillage attracts tens of thousands of visitors each year and is easily accessible from Levi and Kittilä airport. Just wait until winter comes again. 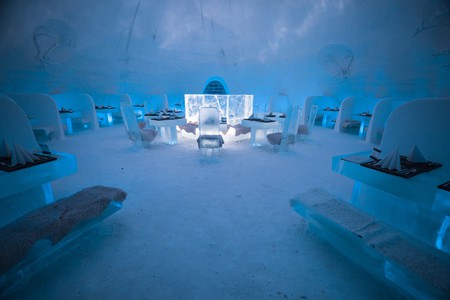