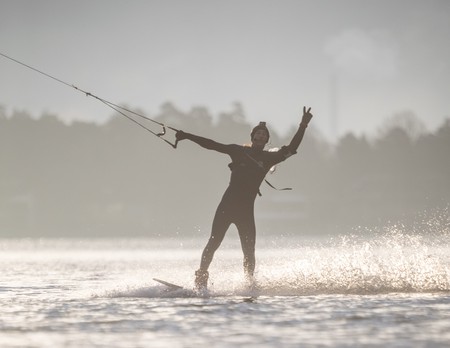 Finland isn’t particularly well known for water sports, usually preferring unconventional activities or anything involving ice and snow. Yet Finnish athlete Erkka Lehtonen recently broke these expectations in by setting a new world record for wakeboarding by a staggering 10 hours and 15 minutes, beating the previous record of 10 hours and 5 seconds.

On 4 May 2018, only days after the Baltic Sea ice had melted, 27-year-old professional water sports athlete Erkka Lehtonen began his record attempt at 6 am at the Laguuni water sports complex in Espoo, Finland. The water temperature of only eight degrees Celsius (46 degrees Fahrenheit) made it even more of a challenge. But this didn’t deter Lehtonen, who was voted the best wakeboarder in Finland in 2017 and is the vice-chairman of the Finnish Waterski Sports Association.

Erkka Lehtonen with his wakeboard. | © Laguuni

Disaster struck four hours into the attempt when Lehtonen fell off his board. Yet he still got straight back on again and the clock was reset for a second attempt. He beat the record just before the late Nordic sunset at 10 pm with the crowd cheering him on. Even after staying in the near-freezing waters and gripping onto the wakeboarding cable for 14 hours, he still had enough energy to celebrate with a backflip and a selfie. 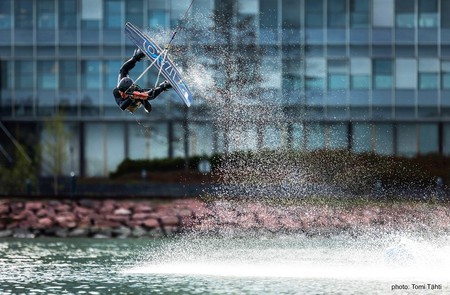 Afterward, Lehtonen said: “Finnish grit (sisu) takes you far. Falling down was a major setback, but when I start something, I want to finish it”. He also partially attributed his success to the supportive onlookers, saying: “There is definitely power in the audience. They helped me to maintain the positive mindset and keep holding on!” 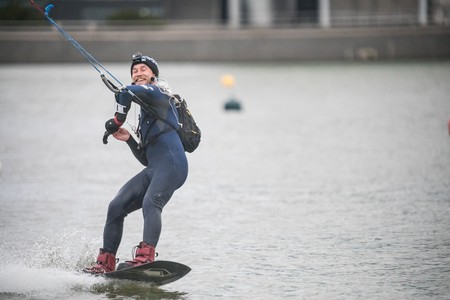 What was even more spectacular about this record attempt is that the entire thing was solar-powered, an energy source which still isn’t common in Scandinavia. The Laguuni water sports complex (which was co-founded by Lehtonen) is powered by solar panels from Fortum, the largest clean energy company in the Nordic countries and an avid supporter of Laguuni and Lehtonen. Laguuni’s cable wakeboarding track used for the event is powered by these solar panels, which produced around 23 kWh of power on the day of the record attempt. Additional power was provided by a solar-powered battery. 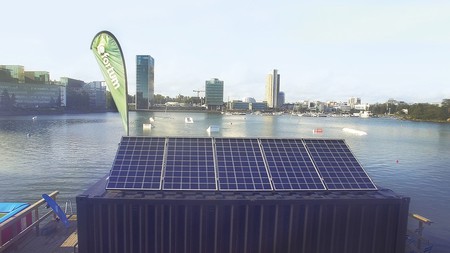 In addition to promoting clean energy, Lehtonen has demonstrated Nordic determination and ‘sisu’ and proved that Finnish athletes can defeat any odds.