The folk music of Finland has maintained a central place in Finnish culture and today stands as an essential aspect of the national identity. Studied alongside classical music at the esteemed Sibelius Academy and celebrated at the world-class Kaustinen Folk Music Festival, Finnish folk has endured as a music genre of the past, present, and future. We reveal the best Finnish folk festivals and the fascinating history behind this national tradition. 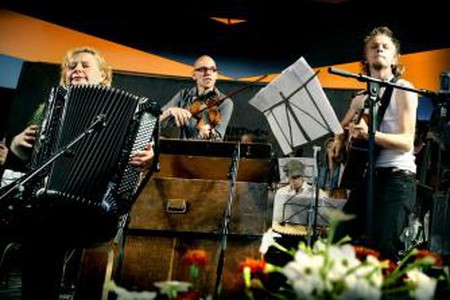 Scandinavia’s largest folk festival, this seven day extravaganza is one of Finland’s most iconic events and attracts over 30,000 people to Kaustinen annually. The festival was established in 1968 and its foundation was pivotal in the revival of folk’s popularity in the last 50 years. Kaustinen Folk Music Festival selects a different exciting theme every year and its stages see performances from thousands of musicians from Finland and around the world. 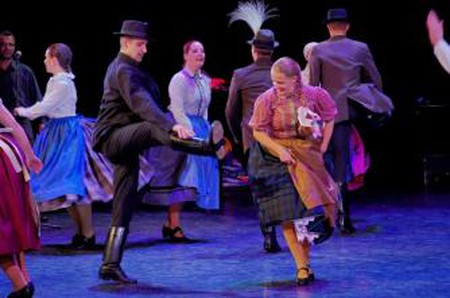 One of the four international CIOFF festivals in Finland, the Hollo & Martta Festival is organised by Hollola Youth Association, a leading folklore association in the country. The festival not only celebrates Finnish culture, but also a wide spectrum of European dance traditions. Creating an electrifying atmosphere of colourful costumes, beautiful music and spectacular performances, Hollo & Martta Festival is teeming with energy and passion. 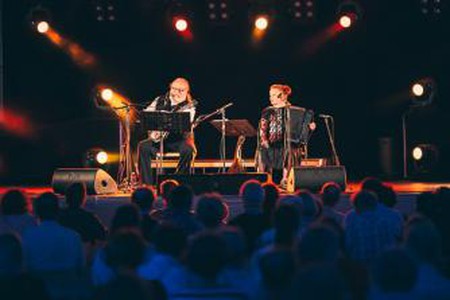 The Kihaus Folk Festival focuses on folk, blues and traditional Nordic dance (pelimanni) music and brings these beautiful genres to the stunning setting of Rääkkylä. The festival prides itself on bringing young musicians to the stage, as well as presenting local talent and inspiring performances. 2014’s edition will also focus on other international folk music genres. A family friendly event, the festival promotes itself as a festival for adults and children alike. 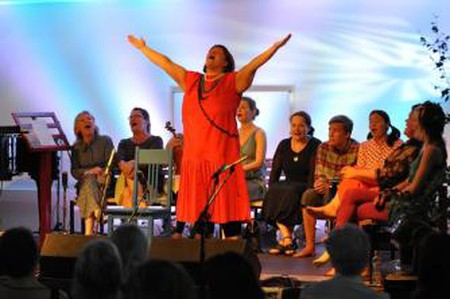 Haapavesi Folk Music Festival was founded in 1989 and not only celebrates folk music but also teaches the genre to aspiring musicians. Split up into a five day folk music course and a four to five day festival, the event includes fantastic performances, workshops and seminars. Each year teachers from all over the world offer their knowledge to revellers at the festival, continuing the traditional oral teaching methods of folk’s history. 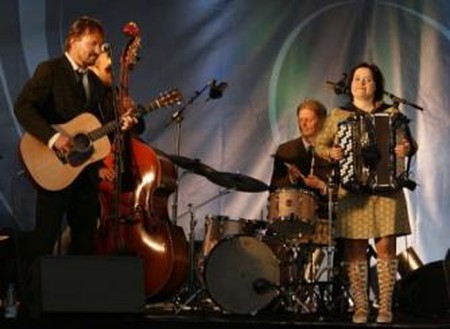 ‘The culture of the north thrives in the midnight sunshine of the Arctic at this unique event.’ The Jutajaiset Folklore Festival is set in Rovaniemi, the administrative capital and commercial centre of Lapland. This event had small beginnings as a meeting of dancers and musicians to celebrate the traditions of the area and of folk culture. Today the event celebrates Laplands’ unique heritage, as well as other Finnish and international traditions.

Starting off as a single event called Pispala Schottische in 1970, the love for folk culture has now spread across three distinct festivals: Pispala Schottische, Dance Mania and Folkalandia Cruise. Pispala Schottische takes hold of the streets in June each year, celebrating folk traditions as well as modern folk adaptations. After whetting the city’s appetite, Dance Mania takes place in September and offers both brilliant performances and educational training events. Unable to contain this folk extravaganza, Folkalandia Cruise is a weekend long event that honours folk music and dance on a festive cruise from Turku to Stockholm. 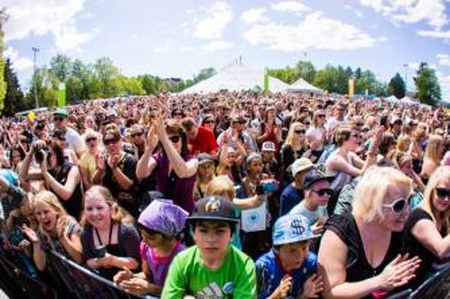 With the increasing popularity of folk music and culture, a contagious passion for multicultural celebrations has taken a hold of Finland’s capital. Maailma Kylässä is a free event that attracts around 85 000 visitors each year. Celebrating traditions from all over the world and multicultural cooperation, the festival’s programme includes riveting performances in music, circus, dance, theatre, art and activities.

Find out more about Maailma Kylässä.

A Short History of Finnish Folk 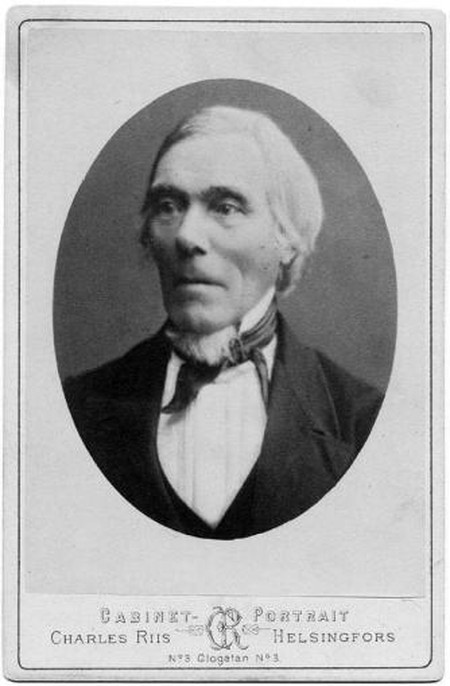 Folk music in Finland originated from Runo-song, a genre that was found in the other Nordic countries, as well as Estonia and some places in Russia. A poetic form, this style centred around vocal harmony, and the lyrics were often epic in nature and in a standardised meter. However it wasn’t until Elias Lönnrot’s epic poem The Kalevala was published in the 19th century that a more defined and unique version of Finnish folk was truly born.

The Kalevala was based on extensive research and the compilation of Finnish and Karelian folklore and mythology that were at risk of being lost in history because of their oral form. A doctor as well as a linguist, Elias Lönnrot’s epic poetry was originally published in Finnish in 1835 and brought together many folklore tales into one poetic work. The Kalevala is regarded as a pivotal piece of literature that solidified the Finnish cultural identity, strengthened the national pride of the Finnish language and helped unite the nation in such a way that would lead to the country’s independence from Russia in 1917.

The poems and stories of The Kalevala became the founding stones of a new distinct Finnish sound. The national pride that backed these stories helped push folk music’s popularity, which in turn inspired musicians to explore the genre further while always respecting the folklore traditions. On top of the lyrics, the instruments and timbres were another element that unified this genre. String instruments such as the kantele and the jouhikko were particular to Finland, while many wood instruments that were popular throughout Europe were also used in the genre.

Pelimanni is another genre of folk music that is ingrained in Finnish culture. A folk dance music which usually features the accordion and fiddle, Pelimanni is found throughout all of the Nordic countries but has particular prominence in Finland. 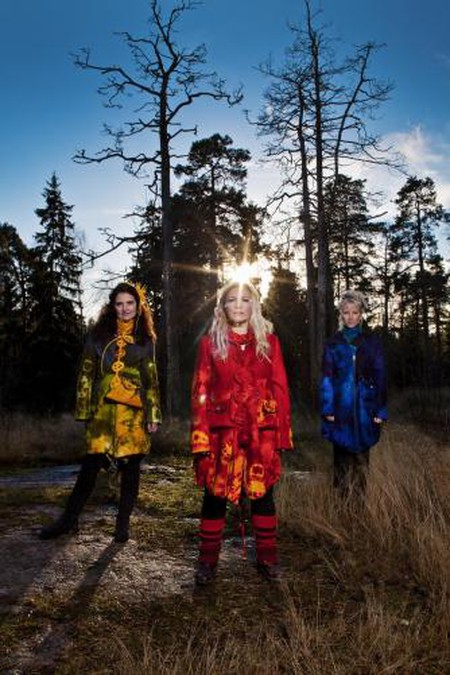 Finnish folk went through a quasi-renaissance in the second half of the 20th century which has led to its vast popularity today. One of the key catalysts for this revival was the Kaustinen Folk Music Festival, which was established in 1968. Taking place in the mid-Northwest Finnish city of Kaustinen, this festival has rapidly become the biggest folk music and dance festival in all of the Scandinavian countries. Its emergence rekindled the country’s love for folk music and brought revellers in their thousands.

With the newly found folk passion, many bands began to appear in the local music scene, including the iconic Värttinä. This band formed in 1983 and originally offered a cappella performances of traditional folk songs and of The Kalevala. With the resurged folk frenzy, the band quickly gained national and then international acclaim. In their 30 years together they have adapted their music to modern trends by including a mixture of traditional and modern rock instruments. Today they are regarded as one of Finland’s most famous acts.

Another aspect of the Finnish folk revival that has made it unique amongst other national genres is the academic status it has gained. Finland’s musical education is internationally esteemed and has been founded on the classical music of iconic figures such as Jean Sibelius. Named in his honour, Helsinki’s Sibelius Academy is regarded as one of the best music universities in Europe. At this prestigious institution the study of Finnish folk is on par with classical and other music genres, revealing how seriously this form is taken. On top of this, renowned folk musicians at such as Karoliina Kantelinen of Värttinä are researching and teaching at the Sibelius Academy, further elevating the status of the folk genre.

Today Finland’s music scene is laden with folk musician troupes who are pushing the boundaries of the genre. Exploring the possibilities of fusing the soulful sounds and epic stories of folk with other styles, many musicians are combining it with other national musics, as well as genres such as rock, gypsy, jazz and even tango.
Watch a video of Värttinä below:

Some Folk Musicians to Look Out For: