The Finnish Entrepreneur Who Wants to Take the World to Space 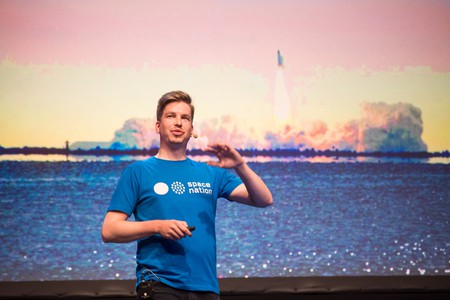 To many people, space is a distant fantasy, which makes very little impact on their daily lives. But as the race to the stars speeds up in coming years, that could all be about to change. Startups like Finland’s Space Nation are trying to make sure that space is something everyone can enjoy.

Space Nation’s ultimate goal is to unite the world under the banner of space exploration. The company will shortly launch an app which will help users live the lifestyle of an astronaut, and compete to be selected for a physical training camp. Each year one winner from that camp will be sent into space, in what the company is calling an effort to democratize space.

The goals are ambitious, as are those of the larger space industry. But if Elon Musk can send a car into space, then making the universe more accessible to everyone isn’t too far fetched. The idea for Space Nation came from two founders with very different backgrounds.

Kalle Vähä-Jaakkola grew up in the small Finnish municipality of Punkalaidun in the west of the country. Just 3,000 people live there and Vähä-Jaakkola describes it as a “farming village.” It was here he developed a fascination with all things space. While the other boys in his area were riding mopeds around town and chasing girls, he’d be drawing rockets and programming on his computer. The area only had two TV channels, yet he still got into all the sci-fi classics that have fueled many a passion for space, like Star Trek.

Vähä-Jaakkola studied physics at Tampere University of Technology and then Aalto University, but he didn’t break into the space industry immediately. “Around 2013, at that time space became bitter for myself, because I wasn’t inside the space business. I still had hope but that was a tough place for me because I wasn’t part of what was happening,” he says in an interview.

But then he met his co-founder Mazdak Nassir, a filmmaker who moved to Finland when his family fled the Iranian revolution in the 1980s. After the two became friends, they decided to set up a company together. Nassir observed the popularity of reality TV shows among young people, and also expressed dismay they weren’t offering more inspirational stories. So he suggested a competition to put people on the International Space Station. Vähä-Jaakkola was immediately interested.

“I remember playing it a little bit cool and saying let me do some research about this idea and he was doing a film project and I was doing some education training. Two weeks passed and I was having sleepless nights and I was a pretty tired teacher at the time,” he recalls. “I was researching online everything to do with space to get up to speed, media and mobile games as well—this was 2013. Then I called Mazdak and said all the major trends seem to coincide timing wise and even if we don’t have the ideal concept totally realized we need to start on this right now.”

So they did. Nassir ended his film project and Vähä-Jaakkola stopped teaching at the end of his class. Nearly five years later, they have significant funding and a focused goal of bringing space to the masses. 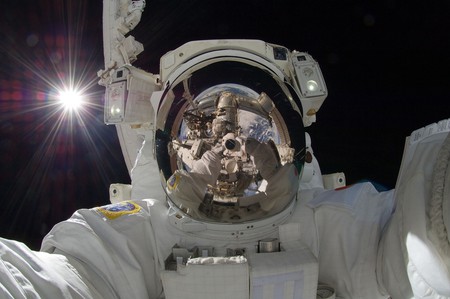 The key according to Vähä-Jaakkola, is timing. “We’re in a unique time in human evolution over hundreds of thousands of years, where we’re at the point of permanently going into space. It’s much more interesting to be alive now than in the moon landing times. That was basically visiting, and a pilot for what is to come now,” he explains.

It’s hard to argue after watching Elon Musk’s SpaceX blast a car into space with one of the world’s most powerful and cost-effective rockets ever. The image of two side boosters landing in tandem following the launch is enough to inspire a new generation of space enthusiasts, and may well act as a starting pistol for the new space race.

A crucial aspect of taking people to space is how you persuade the world it is important. A common approach is to casually bring up the end of the world, which can only be effective up to a certain point. But the Space Nation team wants to spread another message. “We believe that going into space is not escaping or becoming an interplanetary species to avoid going extinct. That happens along the way, but the big picture is what affects us as individuals and a group of humans down here on Earth. Whether it’s the tangible effects or the unity aspects, perspective, the overview effect for example,” Vähä-Jaakkola says.

The overview effect is an interesting concept. When some astronauts go to space and look at Earth, they realize how small and fragile it is, and have a greater appreciation of the fact that country borders are not physical, and that the world needs to come together. It’s said to be a life-changing experience. Space Nation hopes to send more people to space so they can experience that sensation. Right now only the wealthy can book trips with the soon to be booming space tourism companies like Virgin Galactic and Blue Origin. That means there’s a risk that the same inequality that has tainted our lives here will impact humanity’s experience of space as well. 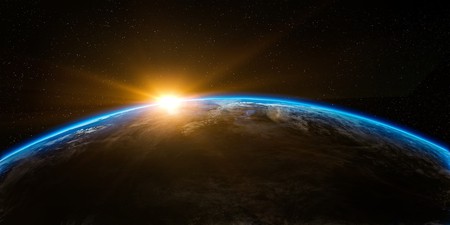 There is precedent for a reality TV-based approach for space missions, and it didn’t end well. The Bas Lansdorp-led Mars One mission to put humans on Mars was launched with much fanfare in 2012, announcing it would be sending humans to the Red Planet by 2024. But the date has since slipped back to 2032, and many believe it won’t happen at all.

“When it exploded or imploded, that is bad for the industry or ventures. The same goes for companies like SpaceX, if any of them that are now very prominent fail then that causes a bump in the road,” says Vähä-Jaakkola. “Like the IT bubble in 2000, there was great ideas but it was a bubble because the technology wasn’t there or the users weren’t there. Even in 2013 when we started the company we bumped into that.”

But overall, the influx of private companies into the space industry has been the catalyst behind the new push for the stars. Musk’s SpaceX has been at the forefront of a movement to privatize the space race, and it’s expected to accelerate the journey considerably.

Vähä-Jaakkola believes we will see a commercial economy established in the Earth’s lower orbit first, through private space stations. That would allow space agencies to allocate more resources to deep space exploration, including the Moon. Major lunar missions like establishing a base won’t happen without collaboration between the governments and commercial companies. Once a sustainable economy has been built around the Moon, we will go to Mars, according to Vähä-Jaakkola.

Before Mars, more people will need to go to space, and some of the values from space missions need to be instilled here on Earth, according to Space Nation. Vähä-Jaakkola describes three pillars driving human expansion into space. The first is technology, which is advancing more rapidly than ever. The second is space agencies collaborating with private companies. “The third pillar, which is always neglected and in the future is the biggest one, is we the people. If I’m working in an office, as a taxi driver, if I’m a barber, whatever I’m doing, why the hell should I care about space? It’s far away, it’s fantasy, it’s cold. We need to tell people it’s not fantasy, it’s close, it’s warm. That’s in all that we do, basically bringing space closer to everyone in meaningful and relatable ways.”