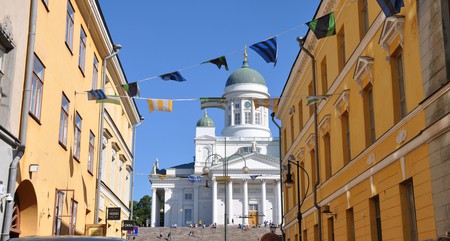 Compact and easy to navigate, Helsinki is the perfect city in which to enjoy a walking tour. Whether you want to sample traditional food or know more about the local music scene, there’s a tour to suit everyone in the delightful Finnish capital.

With its mix of historical monuments, cutting-edge architecture, leafy parks and sea views, Helsinki is the ideal city break. Sights are within easy reach of the city centre, traffic is never too busy and there’s always somewhere to stop for coffee and cake along the way. Signing up for a walking tour is a great way to soak up this Scandinavian city, and discover its love of good design, its passion for the great outdoors or its keen sauna culture.

To learn more about Helsinki’s famous sights and vibrant city centre without enduring an impersonal run-of-the-mill tour, try a three-hour walk with Nomade Tourism. The company was founded by former nomad, committed traveller and trained wilderness guide Catherine Ghersi. She likes to give small groups (no more than six people) a real insight into the city’s history, traditions and hidden secrets. “I’ll take people to see the most important places in the city,” says Ghersi, “but also the places they won’t go with other tours which they would never know existed just a few minute’s walk from the city centre. I like to show people what it is like to actually live in Helsinki”. 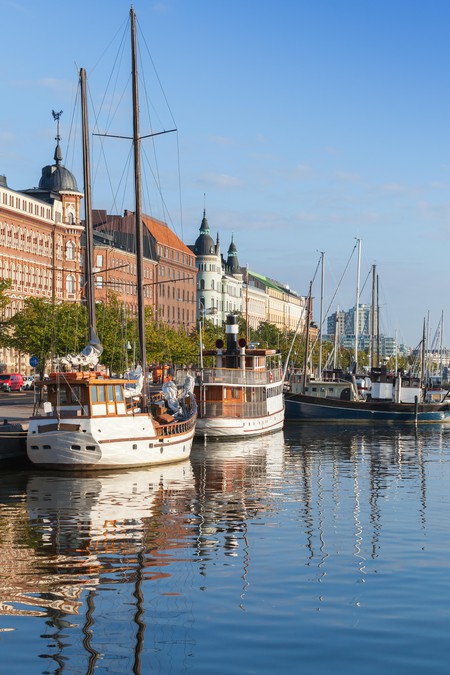 There is no better way to get a true flavour of a destination than through its food. This two-hour walking tour from Easy Travel introduces visitors to the city’s magnificent Old Market Hall, which has been selling cheese, fish, vegetables, spices, cakes and more to Helsinki’s residents since 1889. The tour also calls at a nearby restaurant, a wine and beer store and a sweet shop stocked with Finnish treats you can buy to take home. Along the way, learn about Helsinki’s history and current food trends while sampling Finnish treats, including smoked reindeer meat, sparkling wine and Finland’s unofficial national drink, filtered coffee with milk. Just make sure you go hungry.

From the Russian Empire style of Senate Square to the striking modern-day buildings in Kamppi, Helsinki is an architectural dream. There are more than 30 different styles of architecture to see in the city, often serving as a visual representation of Finland’s fascinating history. A guided walking tour is the best way to see the most interesting examples. Go Tours lead three-hour tours around the main sights led by guides who are passionate about the city. “I studied contemporary design in both New York and Helsinki,” says multi-disciplinary designer and tour guide Erin, whose mother is also an architect. “I look forward to showing groups this wonderful city, and all the hidden gems that it has.” 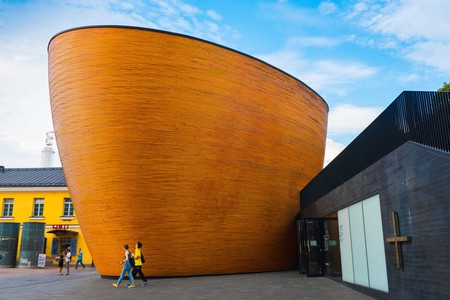 As an international icon of gay culture, the Tom of Finland persona is recognised around the world. However, this walking tour gives visitors the chance to learn about the artist behind this famous character, Touko Laaksonen. Touring the streets once walked by Laaksonen himself when he lived in the capital city, the tour will reveal what life was like for a gay man during the Second World War and beyond. The tour will also delve into how society in Finland has changed since then and how a stamp decorated with Laaksonen’s art became the country’s best-selling stamp of all time.

“There comes a point where music tells stories that words just can’t,” says translator and authorised Helsinki guide Joseann Freyer-Lindner. “That’s why I turned to music for my tours. I would like my guests to hear those stories.” Her three-hour walking tour around the city centre takes in sights including the Senate Square, Uspenski Cathedral and Rock Church, using music samples to highlight historical periods and important events and people. “It allows you to perceive the city from a new, more intensive perspective,” says Freyer-Lindner. “Finland has such amazing diverse music to offer from ancient rune singing and Sami music to metal and symphonic rock, and curious traditions like tango and humppa.”

It’s impossible to truly appreciate Finnish culture without visiting a sauna, something nearly all Finns like to do at least once a week. On this three- to four-hour tour, you’ll walk through the city centre and soak up the history behind the city’s main tourist attractions, including the Esplanadi, Helsinki Cathedral, the Parliament buildings, the Skywheel and the spectacular Uspenski Cathedral. Soothe any tired muscles afterwards with a visit to the Allas Sea Pool, where you’ll learn all about Finland’s love of saunas. Then you’ll get the chance to try it for yourself before a dip in the refreshing sea water, no matter what the weather. Don’t forget your swimwear and towel. 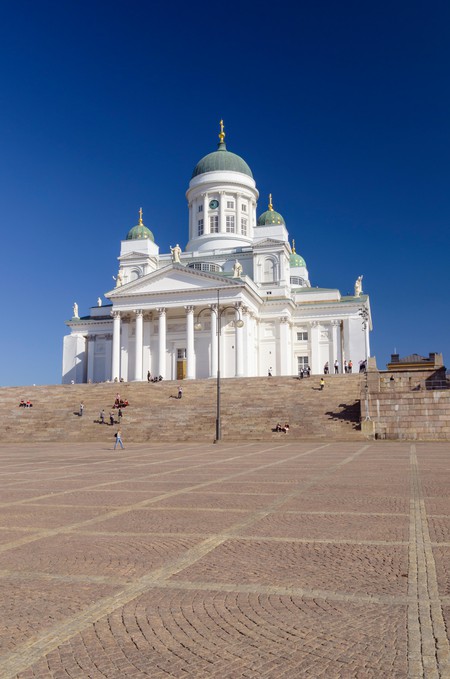 Known as the white jewel of Helsinki, the cathedral rises above other buildings in the city | © Jason Knott / Alamy Stock Photo

“If you are visiting Finland, it is an absolute must to visit nature too,” says Canadian wilderness guide Jeff Meneses, who established tour company Taiga Times with his Finnish partner Kiia. Their eight-hour day trip for a group of eight or less includes transport to and from Helsinki city centre, a walking tour of the Liesjärvi National Park and a traditional lunch cooked over a campfire. On the way you’ll encounter unusual plants and animals, and forage for (and eat) wild berries. “In mid-July and August, we eat blueberries right off the bush, then in later months we make lingonberry jam over the fire,” says Meneses. “In late summer and autumn, we go mushroom hunting but every season offers a new perspective in the forest.”

One of the largest sea fortresses in the world, Suomenlinna is just a ten-minute ferry ride from Helsinki’s Market Square and is possibly the most historically important place in Finland. Founded in 1748, it is now a UNESCO Cultural World Heritage site, spread over six islands. A walking tour is the best way to explore the site, especially if you’re short on time. Tours run by authorised Suomenlinna guides lasting an hour take place at least once a day year-round. The tour takes visitors around the fortress islands and guides them through the main sights. It also delves into the history of this fascinating destination, including the dry dock, which was once one of the largest in the world. The ticket price also includes free admission to the Ehrensvärd Museum on Suomenlinna.

Take a walk on Helsinki’s eerier side with a ghost tour, run by the City Museum. There are three walks to choose from, but all will give you a glimpse of Helsinki’s lesser-known history. Discover Helsinki’s alternative history, full of notorious legends, ominous spirits and eerie stories. Keep your eyes peeled for the restless opera-loving soul in the Alexander Theatre, the ghost of the former owner of the Burgher’s Home in Kruununhaka or even the headless colonel of Vironkatu who has been spotted riding the elevator with his head under his arm. 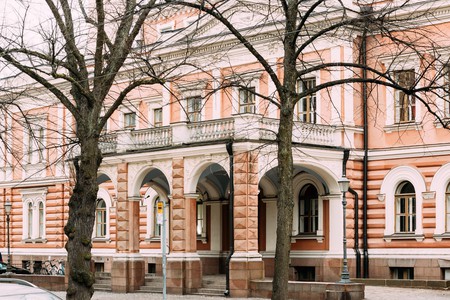