The Best Time and Places to See the Northern Lights in Lapland, Finland 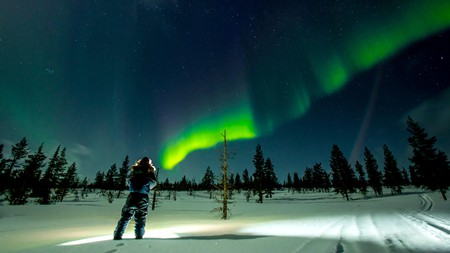 Experiencing the spectral beauty of the Northern Lights is high on many travellers’ bucket list. However, since a sighting is far from guaranteed, here are our top tips to maximise your chance of seeing these nighttime illuminations in Finland’s Lapland.

The Northern Lights are famously elusive. However, you’ll be pleased to hear that the odds of catching sight of this eerie delight is far better in northern Lapland than any other place, with the ethereal display making an appearance around 200 nights out of 300.

You won’t see the lights through your window though. You need to brave the cold (it can get down to -50C (-58F), so wrap up warm) and get out there every night. The further into the wilderness you are the better, as light pollution makes the auroras almost impossible to see. Complete darkness is best. If you can find a frozen lake (not too difficult in Northern Lapland) around midnight, you’re upping your odds, as these landscapes often offer wide open, unobstructed panoramas.

When’s the best time to see the Northern Lights?

In general, September to April is the best season – the bright summer months render the lights almost invisible – due to its long light nights and midnight sun. Autumn is a beautiful time to visit the region, with the russet-coloured leaves burning brightly, in what’s known as “ruska season”. Because the snow hasn’t yet fallen, the nights are inky black, resulting in perfect aurora-spotting conditions.

With the first major snows in November, the Arctic winter comes on almost instantly. Once the sun has set in late November, you won’t see it again until mid-January. But December is a celebratory time in Lapland, and visiting then will come complete with reindeer rides, dog sledding and snowmobiling – the latter being one of the preferred ways to chase the aurora over frozen lakes. The shortest days of the year, from December to January, increase your chances of spotting the lights, but they are also devastatingly cold. Be warned!

February to March are also popular months for aurora hunting, because the nights are still long but there is significantly less snowfall which means the skies are less cloudy. The spring equinox on March 20th is said to bring greater solar activity and “geomagnetically disturbed days,” which means prime time for spying the lights.

April is often the last month it is dark enough at night to see the lights. However, don’t think of this as a last resort, spring is a glorious time to visit Lapland, and with much of the snow gone, you can easily spend more time outdoors.

Where are the best places to see the Northern Lights? 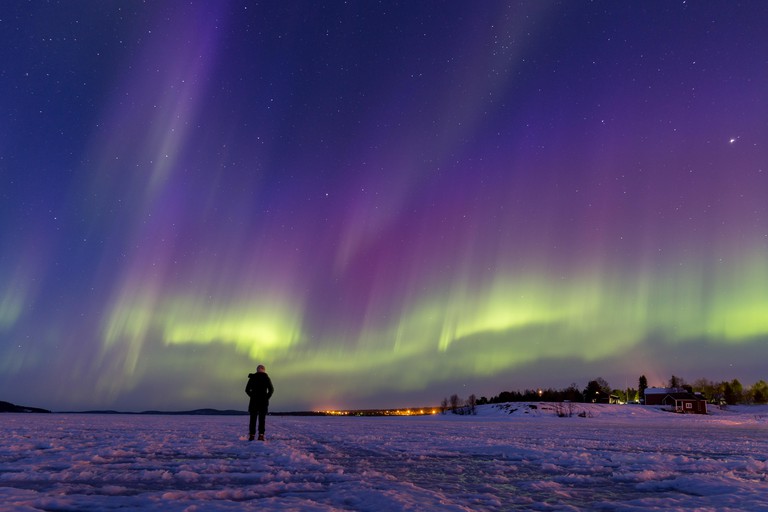 © Bernhard Klug / Alamy Stock Photo
It’s all about latitude. The further north you go, the greater your chance of seeing the lights. Standing in the middle of the vast frozen expanse of Lake Inari in the northern reaches of Finland is about as remote as you can get. The lake is situated right under the aurora oval and you’d have to be pretty unlucky not to get a sighting here. You may have to stomp around a bit to keep the circulation flowing while you wait though. 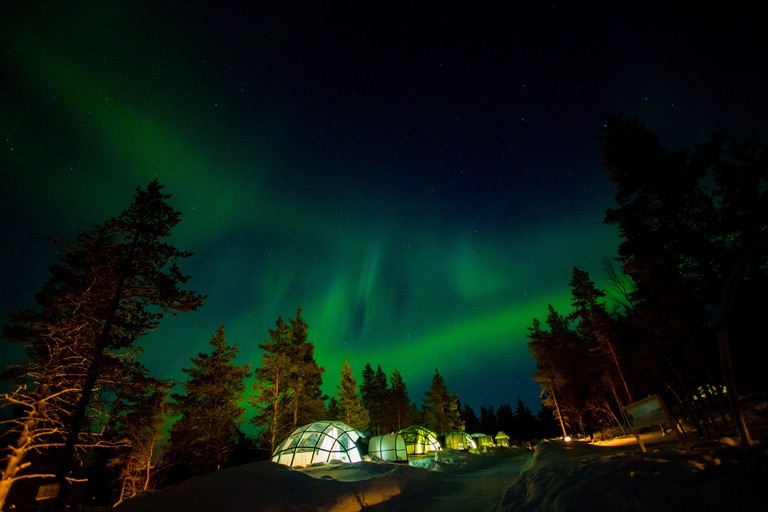 Saariselkä has an excellent reputation for aurora spotting. It’s advisable to join a guided tour as locals have the best knowledge about weather and conditions. The glass igloos are a popular spot allowing you to watch the spectacular display from the cosy comfort of your bed. 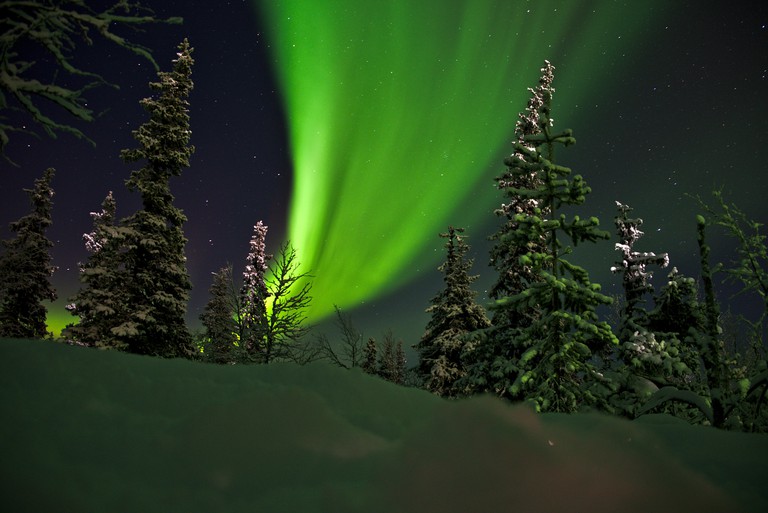 Courtesy of Charles Dragazis / Alamy Stock Photo / Expedia
The street lamps in Ylläs are turned off at 10pm, specifically for the purpose of admiring the Northern Lights at their best. The resort is linked to Finland’s most famous national park, Pallas-Yllästunturin, known for having the world’s cleanest air. It’s also home to the longest ski slope in the country, so this could be a good option if you enjoy winter sports. 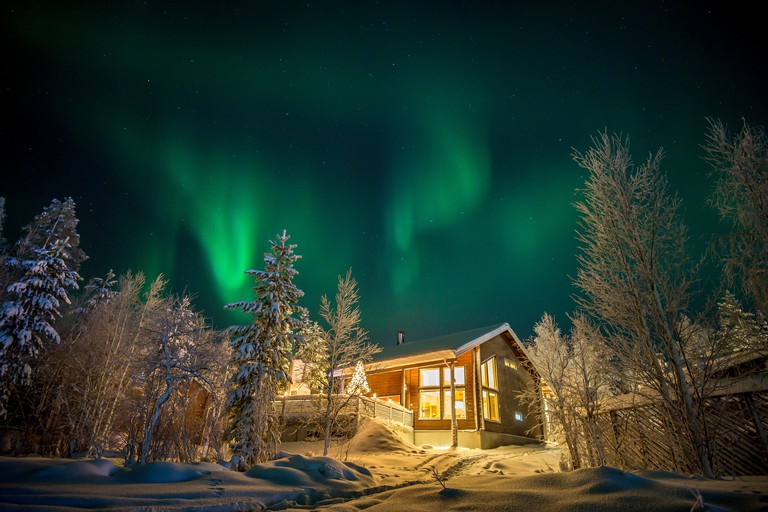 Levi is the biggest ski resort in Finland. If you don’t fancy skiing, you can go horse riding in the snow, and you may be lucky enough to catch a gig by a famous Finnish artist at night, before you go out aurora hunting. The town has a bit of a reputation for its wild nightlife, so you won’t have a problem finding a place to drown your sorrows if you don’t manage to see the lights.